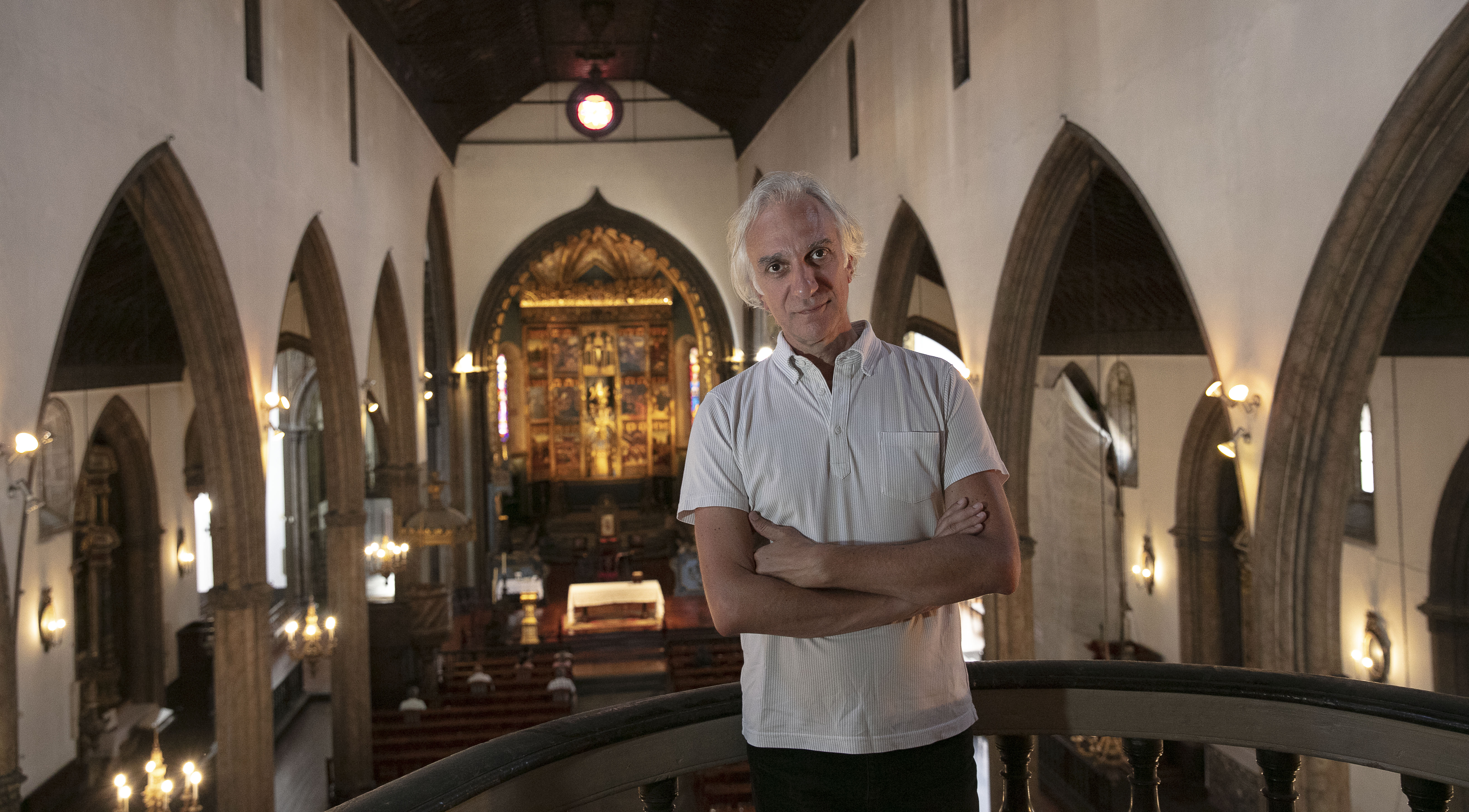 The stage – the Cathedral of Funchal – shines a spotlight on Madeira’s six centuries of History. The event is an opportunity to listen to the interpretation of one of the most famous orchestral organ pieces, Camille Saint-Säens’ Symphony No. 3.

This is the highlight of this year’s Madeira Organ Festival. The cathedral’s two organs are played simultaneously. One is by the famous João Vaz, artistic director for the festival, and the other by Madeiran Laura Silva Mendes, whose international career has been on the uprise since 2013. The two organists are joined by the Madeira Classical Orchestra for the concert scheduled for 9:30 p.m. on October 26th, directed by Martin André, the only maestro who has directed all the major opera companies in the United Kingdom.

Camille Saint-Säens represents the 19th century in a series aiming to revisit music composed between the 15th and 21st centuries, which correspond to the period of human history in Madeira. ‘Each concert in the festival is dedicated to a specific century’, explains João Vaz, adding that ‘though one could fear that dedicating a programme exclusively to the 15th or the 21st centuries could get boring, the fact is, it appealed to the imagination of the musicians’.

Imagination brought with it other novelties, such as the North-American virtuoso Stephen Tharp, who has wanted to come to Madeira for ten years and will finally perform in the Jesuit College Church, in Funchal, for the opening concert on October 18th, dedicated to the 20th century.

João Vaz also highlights how ‘a concert with the organ, live electronic music and bodily expression’ celebrating the elements of earth, air, fire and water is set for 9:30 p.m. on October 25th, in the São Martinho Church. This is an artistic ensemble especially commissioned for the Organ Festival and inspired by the discovery of Madeira.

The association of the 600 years of Madeira festival also commissioned the staging of unpublished pieces, ‘especially composed for the occasion’, like the Bem-Aventuranças, a theme evoking the discovery of Madeira, by Madeiran composer Pedro Macedo Camacho. Its absolute debut is set for October 24th at 9:30 p.m. in the College Church.

The music of António Pereira da Costa, another Madeiran composer, this time from the 18th century, forms the core of the concert scheduled for 6 p.m. on Sunday 27th at the Santa Clara Convent, and dedicated to the Baroque period in Madeira.

The Madeira Organ Festival takes place between October 18th and 27th and comprises a total 12 concerts in seven churches and two convents. Attendance is free for all events. Some are solo organ recitals. Others feature accompanying vocal and instrumental groups.

The event’s tenth edition is once again decentralised. One can listen to 16th century music in the church of Machico, on Saturday October 19th. The Ave maris stella mediaeval hymn can be enjoyed in the churches of Porto Santo, Ponta do Sol and at Recolhimento do Bom Jesus, in Funchal.

The festival closes on October 27th with an 11 a.m. mass in the Cathedral of Funchal, where the two organs are to be played once again by Laura Silva Mendes and João Vaz, interpreting pieces of religious music in the liturgical context for which they were composed.

João Vaz considers the Madeira Organ Festival to be ‘by far the most significant event of its kind in Portugal’. It is the result of restoration works done to the historic organs and even involved building a new one. ‘The festival tried to promote that heritage and, above all, bring it to the public’. And the public has responded. The 2018 edition had its concerts attended by around 5 thousand people.
Detailed schedule of the Madeira Organ Festival: http://bit.ly/2oHShwY
www.festivaldeorgaodamadeira.com
newsletter