One of the icons in the landscape of Ponta do Sol is the pier, which reopened to the public after construction works. 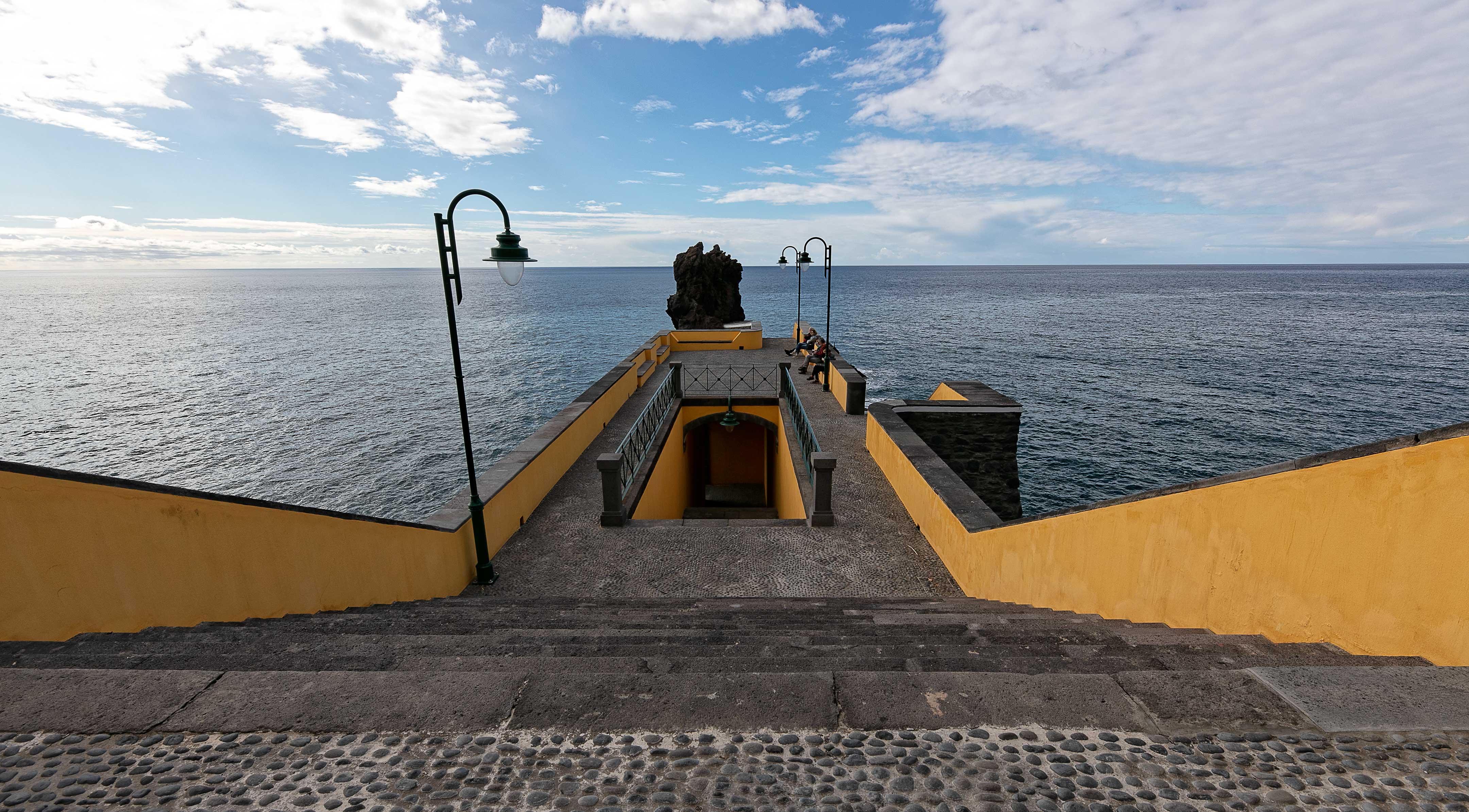 At the extension of the waterfront avenue in Ponta do Sol, the pier invites a visit. It was edified almost 200 years ago but these days those who walk by think it is a new construction. This, because the structure underwent renovation works that respected the original outlook.

The construction of the pier is the result of an 1848 initiative by the Town Hall of Ponta do Sol to increase the movements of products and passengers. Back then the sea was the main means of connecting places in Madeira and the existence of the pier was considered a priority in the town.

Then called Cais do Fojo, the pier is the result of a project authored by engineer Tibério Augusto Blanc, who was in charge of other important projects in Madeira. The work had the financial support of Maximilian Duke of Leuchtenberg who decided he wanted to help during a visit to Ponta do Sol in 1850. Because of that, the pier had the aristocrat’s name for some years.

During the late 19th century, this pier served as Madeira’s second most important port, moving 8 thousand tonnes of products and thousands of passengers annually.

From the early settlement of Madeira in the 15th century, Ponta do Sol always affirmed itself as an area of strong agricultural production, thanks to the mild weather. First with sugarcane, then with wine and during the 19th century with sugarcane again which experienced a second cycle, important to the economy of the island.

On the slope above, there was once a prison carved out of rock, in front of which a guardhouse was built.

The Pier of Ponta do Sol is dominated by a great basalt arch and its beauty comes from its framing in the landscape. Access is free and it is in fact one of the most sought leisure spots in the town of Ponta do Sol.