Before the airport and jet planes, hydroplanes were one of the ways of getting to Madeira in style. 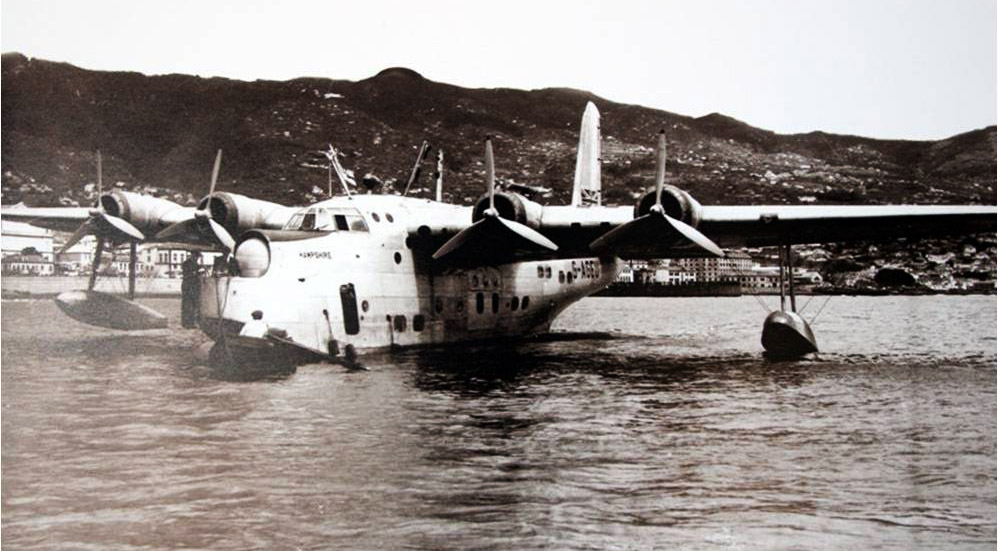 March 25th 1949 saw the age of aviation reach Madeira. The ‘Hampshire’ hydroplane belonging to ‘Aquila Airways’ docked in the bay of Funchal, having flown between Southampton and Madeira, via Lisbon, thus enacting the first ever aerial connection to the island.

The experience paved way to the commercial exploration of the route, which turned regular starting May 1949. Aquila Airways became synonymous with travelling in great style. Hydroplanes even inspired the launch of postcard collections.

At the time, this was the fastest and most comfortable way of travelling between the United Kingdom and Madeira, calling over only at Lisbon. This route carried thousands of people to the island, including the British statesman Winston Churchill, on his way back home, in January 1950.

The service was made via hydroplanes, flying boats as they were known, in this case the Short-Silent 45 quadjet. The airline even named one of them ‘Cidade do Funchal’ (‘Funchal City’).

The operation ran for nine years. But Aquila Airways could not hold up to competition from commercial airlines. In 1957, they cut off connections to Madeira.

The Portuguese airline ARTOP still tried to explore the route between Lisbon and Funchal, in 1958, employing two crafts baptised the ‘Madeira’ and the ‘Porto Santo’, but to no avail.

It would be only in 1964 that Madeira would get an airport, definitively opening the door to commercial aviation.