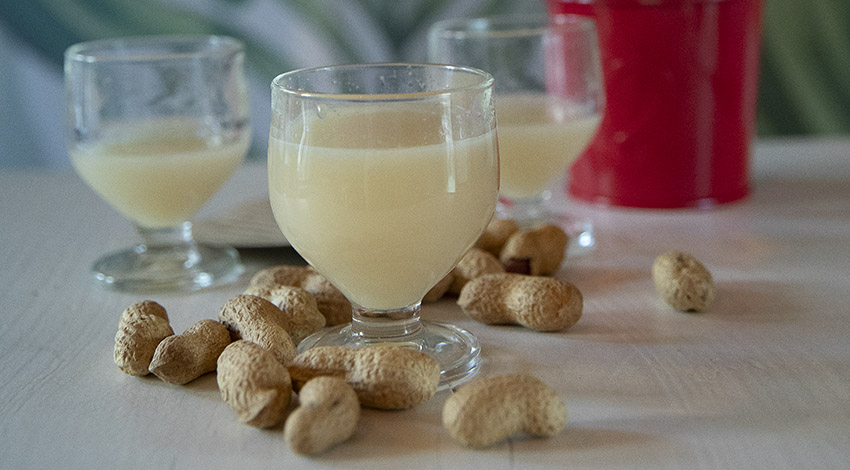 Around four years ago, Catarina Bettencourt and Bernardo Pereira were given a challenge which has since become the centre of their lives. The proposal from the Madeira Promotion Bureau was for them to accompany events promoting tourism in Madeira by making poncha live.

The goal was for traditional promotion to start being accompanied by gastronomy. Poncha being an iconic beverage from Madeira Island, its presence in tourism events helped to promote the region while at the same time offering something different for cocktails and social events.

And the experience showed that the traditional lemon juice, honey and Madeira Rum beverage could be a powerful promotional tool. Since taking on the challenge, Catarina and Bernardo have been working non-stop. They currently perform over 40 times a year in a varied international route which has taken them to places as wide ranging as the Lisbon Tourism Market, the Berlin ITB, the World Travel Market, in London, and many others around Europe.

The invitation to take part in many of these events comes, not from the Madeira Promotion Bureau, but from Turismo de Portugal. It is the belief of the higher-ups there that Madeiran poncha can be a good way of promoting the country. But customers are becoming more and more diverse. One of the most recent conquests is the WebSummit, held annually in Lisbon.

These two ambassadors started down their path in 2008, in the Christmas market set in the centre of Avenida Arriaga, in Funchal. It was to ‘fill in the gap in that space where poncha was not made’ in the various stalls set up, says Catarina. And so began the ‘Our Poncha’ project.

Poncha flows from the talented hands of Bernardo Pereira, whose family has a long tradition in the production of the beverage. The team comprises the couple and their respective sisters: Joana and Sara.

More than ten years later, ‘Our poncha’ has never invested in a permanent physical space. All venues are temporary. Some are even repeated, like the place where it all began – the stall in the Funchal Christmas Market. Despite the large numbers of people there, Catarina and Bernardo do not forego making poncha in the moment, as per the dictums of tradition, even if that means people have to queue: ‘They don’t mind waiting because they know drinks are fresh and good quality’, they say.

Space wise, another exception was The Spirit of Poncha store experience. This was a pop up store, a temporary space in Funchal where for some time ‘people can go and have a drink in a relaxed environment without it turning into just another bar’.

These projects help to keep up activity during the periods when there are less promotional events since that is the team’s main focus.

The goal of the ‘Our Poncha’ project is not to sell poncha. It is the concept of a ‘live display’, the spectacle involved on preparing a drink that is going to be served immediately live. ‘What we sell is a thrill of the senses: hearing, as the fruit is peeled; sight, because it is fun to watch and there’s plenty of attractive colours; smell, as the fragrances of the products are unleashed and, to top it off, taste, as drinks are served and enjoyed’.

All the material needed to make poncha has to be taken from Madeira – utensils, Madeira rum, even decorative elements with which they try as hard as possible to recreate the feel of traditional drinks stalls in Madeira. They also seek that the fruit used in the varieties of the drink be as authentic as possible, buying directly from producers.

Lemon, combined with honey and Madeira rum is the recipe for the traditional poncha, best known as the ‘Regional’. The couple, though, also usually pack tangerine and passion fruit for their promotional tours, to which they add orange juice, since Madeira doesn’t produce enough of these for the number of ponchas being served.

Carrying all of this is a logistical challenge. It is necessary to account for carriers, local distributors, and ensure that deadlines are met. Sometimes, some of the products are carried in personal baggage, especially Madeira rum, which is not available in some markets. But since it is an alcoholic beverage it often clashes with the regulations of the countries they visit. Catarina Bettencourt recalls that it is not about selling ‘but about displaying products, for tastings’.

The dozens of visits to markets and fairs that have ensued from the Madeira Tourism challenges have inspired the couple to create and license their own two ponchas of their own: Poncha do Mar and Poncha 600 years. The latter came out of the commemorations of the 600 years of the discovery of Madeira and Porto Santo. Both were released in the 2018 edition of the Lisbon Tourism Market. Poncha do Mar (meaning ‘of the sea’) embodies a more modern vision of poncha. It was inclusively launched during the moment when the President of the Republic, Marcelo Rebelo de Sousa, dropped by the Madeira stand and had the honour of being televised live.

Catarina Bettencourt speaks of how all the projects came about naturally, never thinking ‘what else could we still do?. She believes all the projects are idealised almost instinctively before identifying what is missing.

‘We’re representing Madeira, we’re the city’s postcard, the tourism ad, and we have to give it our all’, she says, adding: ‘We didn’t discover poncha, we transformed it in the moment, through our own hands and heads’ and always with the goal of promoting Madeira as a destination.