More than a century has gone by since establishing the administration body of the Port of Funchal yet this bay has welcomed ships for nearly 600 years. 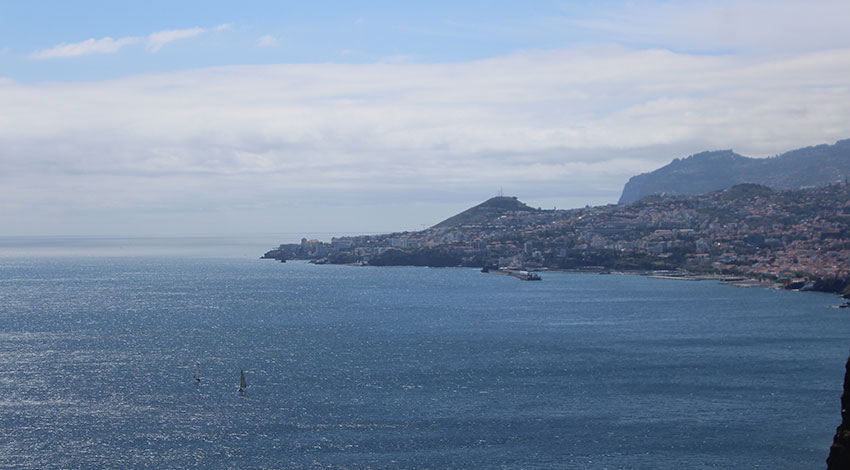 Even before the local port was built, Funchal´s bay had long served as shelter for sailors who used these shores to load ships with supplies and water for lengthy crossings over the Atlantic. The island of Madeira alongside its neighbouring Spanish island of Tenerife, were jointly used as the last ports of reference of the known world. As it was, this island, this city and this bay became worldly acknowledged as a safe port for travelers, adventurers, explorers and sailors.

The definition of a port per se, as an organized working structure only occurred mid eighteenth-century on the initiative of King Joseph who, in 1756 signed a royal deed which set way for works on a harbour in Funchal. The first stage, a short connection to the islet and fort of São José, would be complete in 1762.

The reduced size of the infrastructure did not impede the increasing flow of ships calling at the port of Funchal, as new maritime routes across the Atlantic and Indian Oceans were discovered and new waters defied. Many Portuguese maritime explorers sought shelter upon these shores as well as explorers such as Captain James Cook, during his two sailings in 1768 and 1772.
In the nineteenth-century, the same which saw Napoleon Bonaparte dock at Funchal on route to exile on the island of Saint Helena, the port welcomed the first steamships. The island also became a reference point for fuel supply, initially coal and later petroleum based fuels. Nearing the end of the century, the need for a quay became increasingly evident and a connecting structure to the Islet of Nossa Senhora da Conceição was built and completed in 1889.

A notable increase in activity and the need for improved accesses and infrastructures led to the creation of the Board of Works of the Port of Funchal on August 13th 1913. This 100 year event is being marked by the Port Authority of Madeira with a set of conferences to be held until May 2014, alongside several other activities.

The creation of the Authority Board of the Port of Funchal is considered a decisive moment during its development although several years passed until significant investments were undertaken. The construction of the quay of the city of Funchal was completed in May 1933 and six years later the mooring quay, known as the “Molhe da Pontinha” was extended in 317 metres. The final extension, exceeding 457 metres, was finished in 1961, remaining as seen in present days.

With all this in mind, one can trace back the history of the local Port during the twentieth-century by simply looking back at old photos of the bay of Funchal. The last significant intervention, the Maritime Station, was inaugurated in the twenty-first century in 2010 and embodies a modern version of a cruise terminal where half a million passengers circulate on a yearly basis, making it the largest cruise port in Portugal.

Previous to cruise ships and throughout the whole of the twentieth-century, the increased influx of ships, people and merchandise was a consequence of bigger ships and vaster circulation of people between Europe and the rest of the World. Although traffic to the East was diverted to the Suez Canal at the turn of the century, Madeira remained a port of call for cruises to South America and Africa, mainly South Africa and the Portuguese colonies. Madeira´s reputation also attracted tourists, some of whom came to stay, which eventually encouraged tourism on the island.

After World War II, passenger conveyance was resumed between Southampton and Cape Town or between Italy and Buenos Aires, to name but a few and an increased flow of passengers lasted for the best of the 60´s and the first half of the 70´s. These maritime routes are at the root of a large migratory movement of Madeirans, initially to South Africa and Brazil and later to Venezuela. 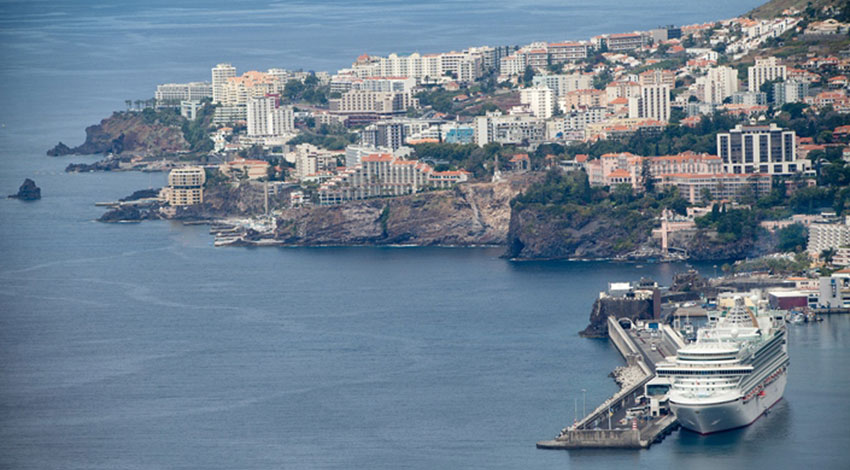 As air traffic increased, Funchal was no exception to the worldwide trend of passenger decrease on cruise ships. That did not however, prevent the advent of commercial aviation, hydroplanes, from passing through the bay of Funchal which later saw the arrival of Winston Churchill on board a ship for the first few days of the 1950´s and his departure via hydroplane, a few days later.

In the 1970´s, airplanes replaced ships as the main form of passenger transport though cruise ships which indubitably became a popular trend, promptly started calling at the port of Funchal.

The first cruise ships, bearers of the soviet flag and mainly Nordic passengers initiated stopovers back in the 60´s but this form of travelling only proliferated from the 80´s onwards, specially in the 90´s. All taken into account, the Port and bay of Funchal share a history as old as the occupation of this island, of nearly 600 years. Many are those who have sailed through these local waters, namely the expedition ships of the South Pole conquest led by the British duo Robert Scott or Ernest Shackleton or the Norwegian Roald Amundsen.

Amundsen was the first of the expedition to arrive at the South Pole on the December 14th 1911, a conquest which went down in history. That journey, on board the Fram, began in the summer of 1910 and called at Funchal between September the 6th and 10th. It was here that the crew learned that their destination was Antarctica, a trip which was to remain secret. Once again, this port, this bay and this island were the last stop off point before setting sail on a great adventure, this time…until the ends of Earth.