The Laurissilva, classified as World Heritage since 1999, has been around 5 million years. 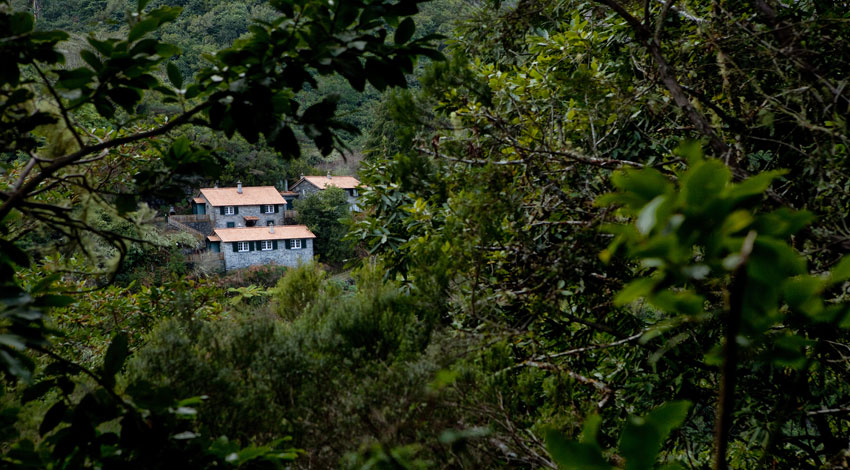 The environment is exotic, with trees which remind us of the dinosaurs or an uncharted paradise. Vegetation is dense, exuberant, with a hint of the tropical. Water is abundant and the occasional fog, adds to the mystery.

This scenery is an inspiration for artists and challenges the imagination. It’s almost as if an elf or a fairy will come out of behind a tree or the lane curve, at any given moment. This is not a scene from a film, but it could be! It is indeed the reality of the Laurissilva, the endemic forest of Madeira which UNESCO distinguished as Natural World Heritage 15 years ago. There is no other forest like it in the World. It has endured the ice age and over 600 years of human presence. The Laurissilva also subsists in the Azores and the Canary Islands although it is in Madeira that it takes on its most exuberant form, covering an area of 15.000 acres.

The forest continues to coexist in complete harmony with Man. It is crucial for the environmental balance of the island and plays an important role in guaranteeing a temperate climate. It also retrieves water through humidity and precipitation. Besides its important environmental role, it is also a key tourist attraction. The entire area, protected by national and international laws, encourages one to explore the luxurious landscapes, tracks meandering the mountains or water courses running through gorges with abrupt waterfalls and unique lagoons.

According to a study of the Madeira Tourism Board, Nature is one of the top preferences of tourists’ visiting the island. Though the Laurissilva is only one of the characteristic features of the island’s natural surroundings, it must be said that it does play an important role in attracting visitors. Every day, hundreds of people cover the recommended 40 tracks, some of which follow the levadas which are used as irrigation systems. Long walks are the easiest and most popular way of exploring the forest. Another way is through canyoning, a sport which consists of exploring water courses with the aid of climbing equipment.

Birdwatching is another common activity. Several unique species such as the Trocaz Pigeon or the Firecrest, or extremely rare species such as the Chaffinch, Black Merlo or the Grey Wagtail subsist in this forest. It is also home to other birds of prey and even the Barn Owl. The flora is clearly dominated by endemic trees belonging to the lauraceous family, hence the name of the forest which means Laurel Forest. Some of the great trees are of a remote past, prior to the island’s discovery.

A forest does not simply live off of its majestic trees. In the particular case of the Laurissilva it includes ferns, orchids, meadow-grasses, bushes, herbs and hundreds of other species of beetles, butterflies, ants, snails…All in all, it is the whole set of animal species and the dynamics in the ecosystem that generate the vitality of the forest.  It appeals to all five senses: with a landscape that soothes the sight; with the sound of the birds and splash of the water; with the aromas released by plants like the laurel or the scent of the moist soil; the flavour of the wild berries or the clean, crisp water; and the textures of the mosses and the trunks of centenary trees.

The Laurissilva has inspired artists in many ways. The local duo of photographers DDiarte have chosen on several occasions the forest as a setting for their artistic digital photographic productions, awarded internationally. These photographs have contributed towards conveying the Laurissilva as an enchanted forest. Other artistic manifestations have also chosen this scenery as a backdrop for short movies, video clips and even concerts.

The island has several other ecosystems such as the high-altitude vegetation or forest areas with introduced species. However, the Laurissilva is easily recognizable due to its exuberance and density. Most of it is located on the North Coast of Madeira in Santana, São Vicente and Porto Moniz.  In Santana, a visit to the Queimadas Forest Park, where the Laurissilva has been transformed by Man into an enchanted garden, is a must. However, other locations such as Chão da Ribeira in Seixal or Fanal are also worthwhile. In particular, the latter resembles something out of a romantic painting with its centenary Stinkwoods.

Another location where the Laurissilva can be appreciated is Ribeiro Frio. It is of easy access and has an interpretative rural path with plaques identifying the various existing species. The idea is to enjoy a pleasant walk whilst also retrieving organized information about the species. Every day hundreds of people visit Ribeiro Frio and therefore, this is a way of relaying information about some of the important species in an easy way and in an area no wider than 500 metres.

Initially this forest occupied the whole of the Mediterranean basin, South of Europe and North of Africa. In that day and age, the global climate was different and ideal for these species to spread to latitudes further north. However, the four great glaciations triggered climate alterations which would be fatal. The drop of temperature nearly caused the extinction of the Laurissilva on the European Continent. Only some species, relics of a once exuberant past, manage to survive amongst different forest communities. In Madeira, due to latitude farther south, the forest withstood the ice and survived until today.