The book published in Portuguese and English includes the history of end-of-year celebrations in Madeira, dating back 100 years. 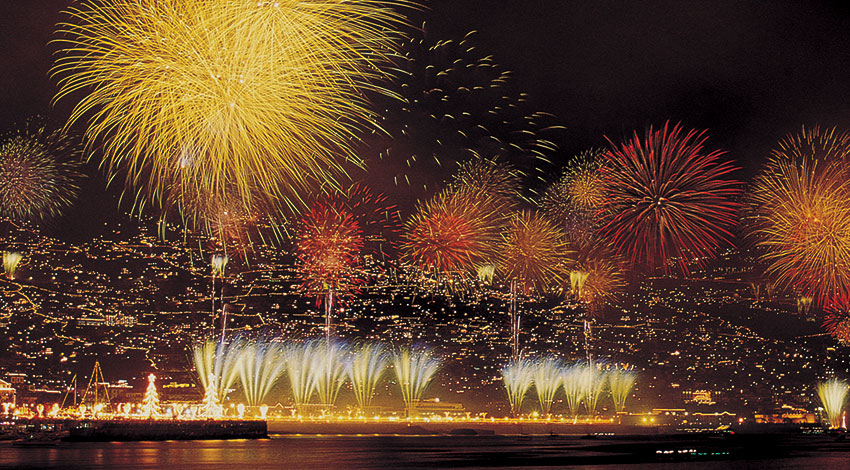 If there were any reservations, proof is now in the form of a book: the firework display in Madeira is over 100 years old and has increasingly become one of the most anticipated events of the tourism calendar and taken on the full extent of current days.

The history of end-of-year celebrations in Madeira is the main theme of the work “End-of-Year in Madeira – Fantastic splendour and cruise ships at the port of Funchal” by José Luís de Sousa. It is a vast book with a total of 228 pages, featuring not only historical facts but a wonderful selection of photos from different eras as well as dozens of postcards of the cruise ships which have chosen Funchal as their port of call on New Year’s Eve.

When interviewed by Essential, the author of the book unveiled that this concept was the result of a challenge set by his friend and cruise ship enthusiast Rui Sá, who owns a collection of over 60 thousand cruise ship postcards : «On my behalf, as one of the interested parts and scholar of the History of Madeira, it would only make sense to write with a publication in mind and providing arguments worthy of a historical book with the view of disclosing what is today known as the main tourist attraction of the year, though some would say it is the Flower Festival».

Based on personal research, José Luis de Sousa states that the firework display in Funchal «did not start in 1921, but in mid nineteenth century», around 1866 as a popular manifestation.

Initially taking place in several locations in a popular and spontaneous way, these displays emphasized the power of several families in Funchal, «created for the sake of keeping up appearances». The firework displays were a means of «attracting seasonal tourism, which intensified following the initial form of tourism for therapeutic purposes at the end of the nineteenth century».

The cruise ships, reason behind this book, are also part of these celebrations. The local tradition of simultaneously tooting their horns at the stroke of midnight begun as a spontaneous event and still is today. The port of Funchal is the largest Portuguese cruise port, as ships have been a constant presence throughout the last few decades, whether as a means of transporting passengers or leisurely trips.

José Luís de Sousa hopes that his work will «restore the historical truth and disclose as much of our culture and the History of Madeira as possible». This book is mainly aimed at visitors as both English and Portuguese issues are available.

The size of the book, including 288 pages and 270 illustrations, results from the necessity to «contextualize and justify» its contents, in addition to the «inevitable» publication of the cruise ship postcards: «In the last chapter, we felt it was only natural to explain how maritime navigation was shunned by air navigation, mainly by those who needed to reach their destination as quickly as possible».

The book can be purchased for €48.50 at local bookshops “Livraria Esperança” and “Livraria do Colégio”, on board the ‘Lobo Marinho’, at Solar do Ribeirinho (Machico) and “Livraria São Bento” (Ribeira Brava).

Other publications of the same author include: “The dialect between the Blandy Brothers & Company, Ltd in the Madeiran economy (1920-1974)” published in 2012 and “Madeira and decolonisation: From history to life narratives”, published in 2013.