Over 100 pictures have been gathered in a book that documents the passing of many historical celebrities through Madeira Island. 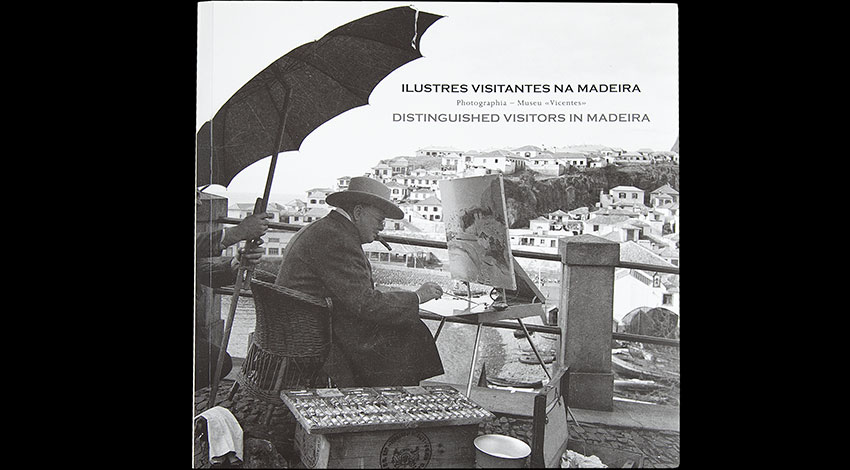 Madeira is known for having always been a passing point for historical personalities. Adventurers, explorers, politicians, monarchs, artists and scientists alike have stopped by the island at some point in their lives and left behind some evidence of their stay.

The illustrious visits’ golden age occurred between mid-19th and mid-20th Century, time when both the exploring and leisure travels trend began. Aside from being the last port before the long Atlantic Crossing, Madeira soon became very popular for its wonderful weather, considered to be extremely healthy.

It was the desire to treasure these collections that made the Madeira Economists’ Association and Photographia - Museu “Vicentes” team up and edit this book filled with information on the famous guests, as well as the records and historical context of their visits, entitled “Illustrious Madeira Visitors”. The 200-paged work has been edited both in Portuguese and in English and encloses over a hundred photos, organized chronologically from 1852 to 1950.

It’s hard to find one European Royal family that’s not represented in this book, even if only by one member. Portuguese Republic’s Presidents, statesmen from other countries and high society personalities from many different epochs can also be found among these pages, most of them attracted to the island for its crescent fame as a tourism destination.

Apart from the picture-documented visits, the book encloses a list of other personalities who have passed by the island ever since its discovery, in the 15th Century. The text and pictures have been organised by the Photographia - Museu “Vicentes” staff, an institution with a booty of thousands of pictures and negatives from several collections that go all the way back to the very first stages of photography in Madeira, in the 19th Century. These allow us to keep track of the island’s historical and landscape evolution.

Of the long list of illustrious guests, Austrian Empress Sissi and British statesman Winston Churchill are two of the most highly spoken about. There are also a few Portuguese celebrities such as Carlos I, penultimate king of Portugal and the only Portuguese monarch to have visited Madeira, in 1901.

The first automobile ever to cruise the island’s cobbled streets, in 1904, is forever documented in one of the published pictures with its owner, Bernard Harvey Foster, behind the wheel.

The Portuguese explorers Gago Coutinho and Sacadura Cabral (who have performed the first aerial crossing between Portugal and Brazil) have also been to the island in 1921 and the event is also documented. So are other events such as the Austrian Emperor Charles I exile in Madeira in 1921/22, the Prince Edward of Wales’ visit in January 1930 or even Prince George’s (Duke of Kent) visit in 1934.

These visits’ records, associated to the epoch and the context of the visits themselves, help us getting to know “yesterday’s” Madeira a little better and understand a bit of the cosmopolitan spirit of the time. They are also proof of Photographia - Museu “Vicentes” remarkable efforts when it comes to preserving and recovering old negatives and pictures.