The Madeiran interior designer has decorated some of the fanciest parties and his career has just been enriched with another award. 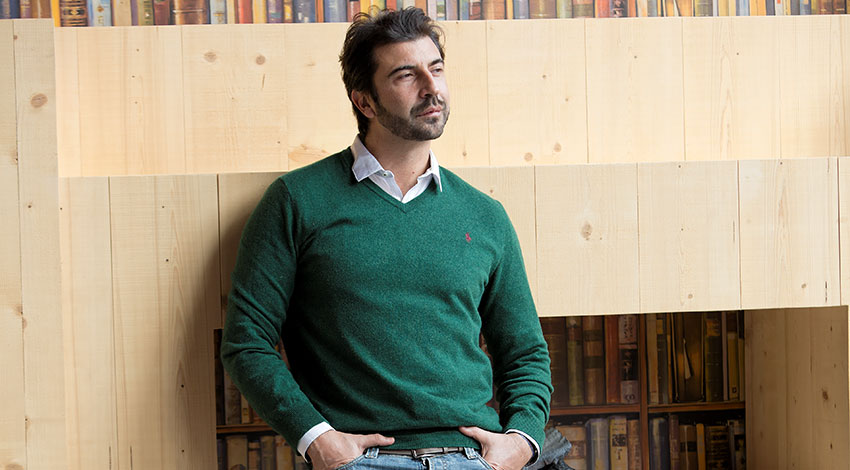 Creativity is the artist’s defining feature as far as interior design is concerned. Setting the tendencies merging comfort and aesthetics together in a space without losing its functionality can be a real nightmare.

Giano Gonçalves has been a creative individual ever since the beginning of his career and his work has been recognised several times having received yet another distinction this past February from the “interior design Oscars”, a Royal Events award.

He has also been listed in four of the top 100 international designers, a yearly distinction made by Andrew Martin, British brand connected to the interior design branch. Giano has told Essential that “it’s a joy and a pride to be a part of this”, even though he “cares less and less” for distinctions of the kind as years go by.

Giano has done a bit of everything, including decorating hotels, restaurants, parties and luxury housing in places such as Oporto, Madeira, Lisbon, Dubai or Ibiza.

He studied in Milan before moving to London to work in a hotel oriented atelier. Giano was in charge of decorating SPAs, restaurants and clubs at the time, considering he was the youngest and most versed in “the night life”, “the one with the highest qualifications for the job”, he says, in between smiles.

Years later he decided to work as a freelancer, when he was already back in Portugal. His first big job was for LUX, a social magazine: decorating events for approximately six thousand people. At the time, model and TV presenter Bárbara Guimarães was the face of the magazine and “I was the interior designer”, he remembers. At the time, arrangements for a single night would cost up to fifty thousand euro. “Nowadays that’s simply impossible”.

Among his greatest works, Giano highlights the Aquapura Douro Valley Hotel project where he was able to decorate the several villas scattered throughout the Douro’s shores.

In Madeira Island the award winning architect highlights both Porto Santo and Santo da Serra’s Club House, along with a few luxury homes. Madeira was the chosen place to open his interior design dedicated shop since 1997, Ana D’Arfet.

He is also in charge of decorating one of the fanciest parties of the year in Madeira to take place on December 30 at Casino da Madeira, organised by Cabaret do Sabão, a group he is also part of.

From all his works, there is one he’s particularly fond of: A 007 movie, Die Another Day was going to premiere in 2002. He saw the movie “at 9am” two months before the event, he remembers. The aim was to decorate the space for the premiere. “The floor was all carpeted in white and the tables were big ice cubes”, and there were swan ice scpultures around the room. That was the work that summoned his creative side the most and the one he enjoyed the most.

Philippe Starck, interior designer of one of the World’s first ever design hotels (the Delano, in Miami around the 1980’s) is Giano’s greatest inspiration. At the time, the Frenchman had created as area where guests would come in and not feel as if they were in a hotel but as part of the scenario.

He appreciates old paintings, antiques in general and the baroque, but he does not let his personal taste get in the way of his work, neither does he confine it to a single line. Each and every one of creations is different from the next and he looks to focus on the relation between “the geographic place and its surroundings”.

He is currently waiting for his most recent project’s licensing, Lisbon restaurant Petit Palais from the well known Chef Olivier. Giano explains that “this project was a lot of fun to work in”, involving restoration works as well as a research on the 18th Century: a true journey to the past. As for the future, the madeiran artist would rather not reveal his plans: “they’re all secret”, he claims mockingly.