The island is small yet manages to project itself during New Year’s with one of the best shows in the world. The secret? Tradition! 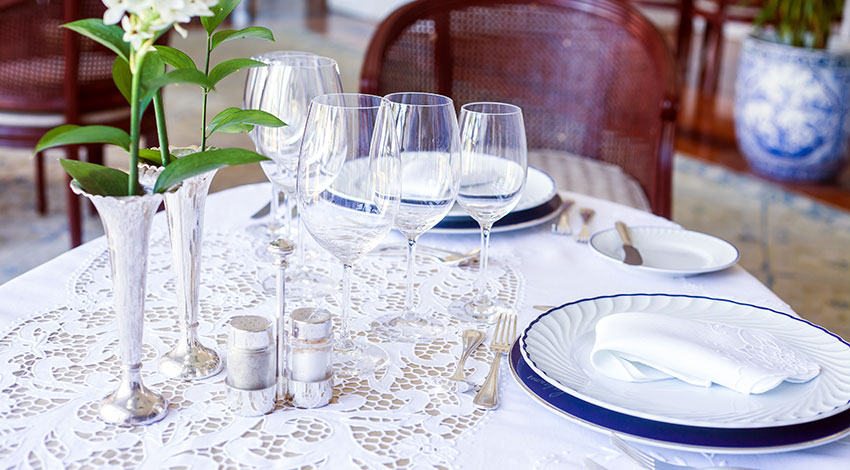 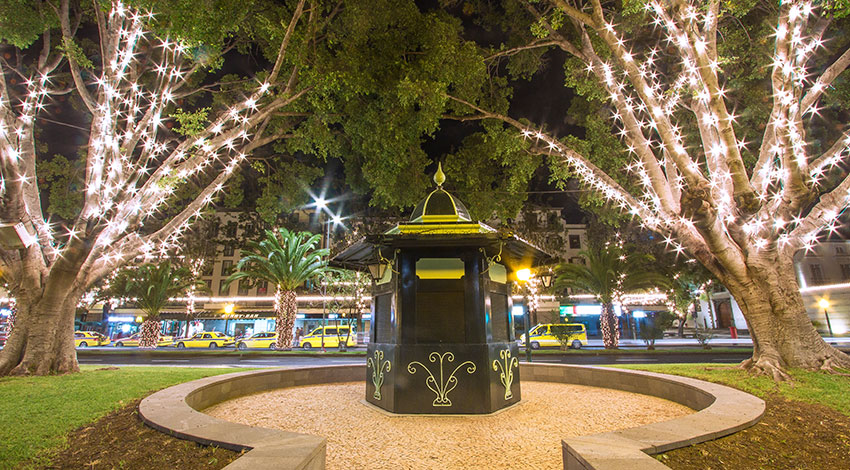 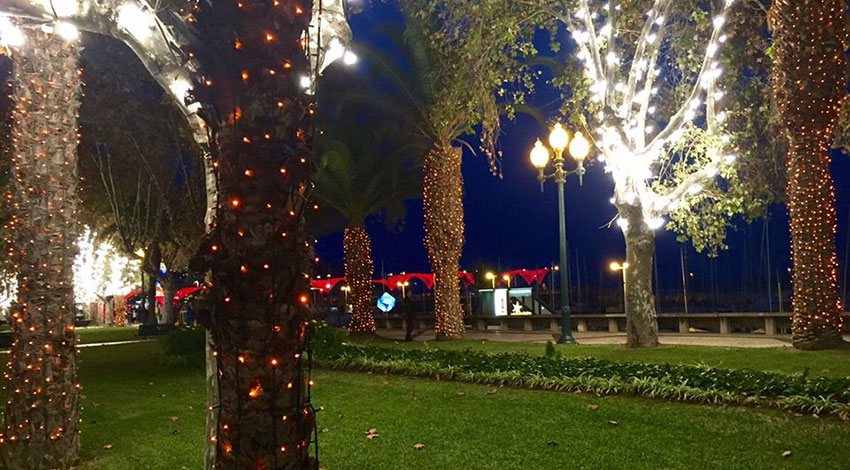 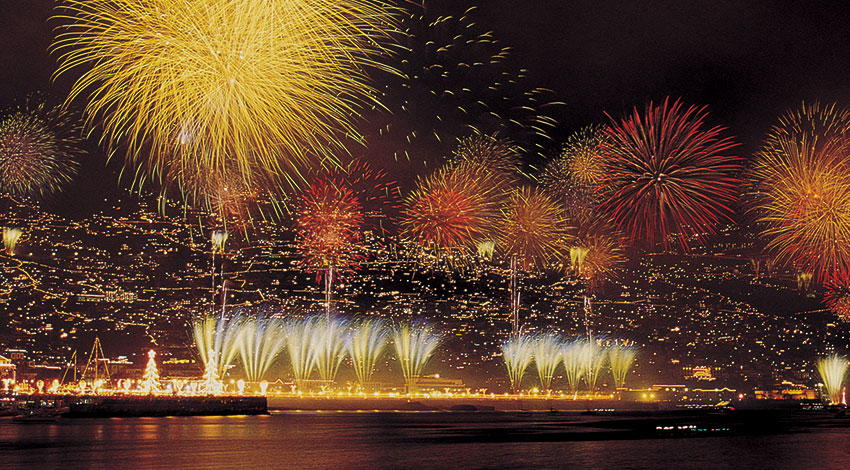 In these festive days, conversations in Madeiran homes are longer. There is more time, life slows down, and that is because these are days of celebration, ‘The Feast’, as the holiday season has traditionally been called in these islands.

Christmas is the family’s holiday and in Madeiran households that is also the rule. One drinks Madeira wine, eats molasses cake and delights with the season’s delicacies and the beautifully set tables where a towel made in the traditional embroidery is an absolute must. The product of the designer’s inspiration and the embroideress’s mastery of her craft, it really is a symbol.

The nooks and corners of the city of Funchal are lit with various colours and themes starting on the early days of December. The many strings of light make it look as though the city itself were one big Christmas tree. The scents of the season coming out of the traditional flat bread bolo do caco or the carne vinho e allhos sandwiches, made with pork, wine and garlic, can be felt all around town and especially in Avenida Arriaga.

Streets are in a hurly burly, splitting in the eyes of those who race against time to fine tune the minutest of details for the last evening of the year.

The Christmas days gone by, conviviality becomes even more intense. The year quickly reaches its end and the 31st of December, the longest day on this island in the middle of the Atlantic, soon is here.

Quite early, the first ships start decorating the Madeiran sea, for a total of 10 this year, either docked in the harbour or anchored in the bay: Oceana, Thomson Majesty, Mein Schiff 5, Black Watch, Marco Polo, Magellan, Saga Pearl II, AIDAsol and AIDAblu. There is also the Queen Elizabeth, belonging to the almost two hundred year old Cunard Lines, a traditional presence in Madeira’s New Year’s.

In the evening, tens of other pleasure crafts join the larger vessels partying in the bay with a privileged view that is the delight of many and envy of others. All with the same purpose: to enjoy some of the most beautiful and spectacular fireworks on the whole world, a show that stands tall alongside those of Sidney, Rio de Janeiro or New York.

Fireworks in Madeira are unique, different. The great asset is the natural layout, in arch, of the surface from where the shots are fired, a true gift. Eduardo Jesus says that Mother Nature has gifted Funchal with a real amphitheater, unique in the world, and the best possible stage for this spectacle.

There are special parties in ships and hotels and tradition holds that people with houses with the best views have friends and family over to watch the fireworks, be it with a glass of champagne in their hands or with the twelve raisins with which one makes wishes for a better year.

The regional secretary for the Economy has no doubt that the secret for New Year’s Eve in Madeira resides ‘in quality, not quantity’. But the secret is also the fact that this celebration, like many others, is experienced by locals and tourists alike, which makes it genuine. It is a 100 year old tradition that has always filled the beginning of each New Year with colour and light.

For the poet João Carlos Abreu, ‘to be in Madeira for New Year’s is to experience a celebration of friendship in a cosmopolitan environment’. It is in that night that Madeirans and their island reveal what best they have to offer those who visit them.