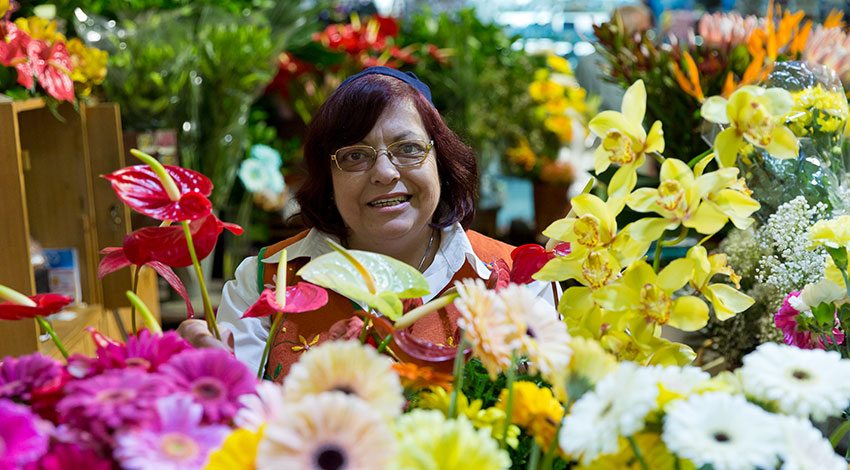 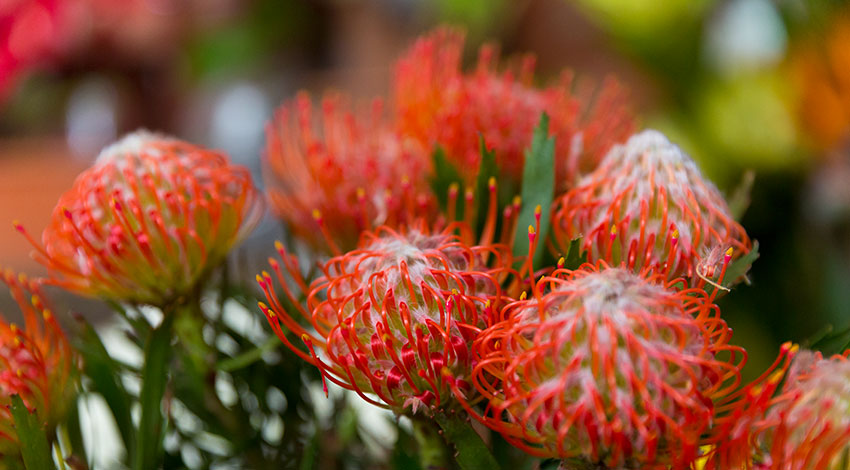 
Tradition comes out of stories and habits. Flowers have made a name for themselves as one of the local traditions. In big gardens and small vases they make the ‘Madeira is a garden’ line of the Bailinho da Madeira, the regional folkloric song par excellence, true.

The theme is a common one among some contemporary Madeiran poets. ‘Flowers usually blossom out of the path’ wrote José António Gonçalves; ‘on an island woven with flowers’ adds the poet Ângela Varela.

Much has been written on how flowers have contributed to Madeira’s fame and just as much has been theorized on whether flowers from the four corners of the world find conditions favourable to their flourishment on the island. However, it is not just poets and intellectuals that contribute to this fame.

It is with a touch of the florists that flowers gain their voice and shine and come to life. They tell you the stories of their lives just as easily as they move between their arrangements or pose for photographs as though they were the world class models most in demand.

Maria Leonor has been handling flowers in Largo do Gil Eanes, near the Cathedral of Funchal, for the last twenty five years though her family has occupied that same spot for over fifty. Her mother worked there and now she has the help of her own daughter.

She acquired this passion at the ripe age of ‘seven or eight years old’ when she used to go to the Reid’s Palace’s door with her grandma and sell tourists flowers. It was ‘an addiction’ and she ‘had to go’.

For a florist, the coming of the Flower Festival is a special time. In Madeira’s annual spectacle, the stage belongs to them and their art, that of taking care of their flowers better than anyone. The festival is a way of commemorating spring, usually in April.

At the Farmers’ Market, where the spotlight is on Madeira’s flowers, Isabel Pereira poses for yet another photo. The tourist who took the picture gives a coin out of courtesy. At the age of seventy six, she has been selling flowers for fifty nine.

Like many others, she started by getting on board ships: ‘I had a special permit to get on board’. There she ran her business, selling with art and ingenuity, be they big floral arrangements or small souvenirs in the form of a flower.

Eventually she came to be at the bench in the market from where thirty five years later, she has not left. She has both regular customers and many friends who are foreigners and order her flowers and write to her asking how ‘their flower friend has been doing’.

There it seems as though relations last and stop in time. Rummaging her hands, out of the birds of paradise and the orchids comes Cecília Rodrigues.

She is the florist who has worked in the market for the longest time, 43 years. Her father sold flowers and at the age of eight she took pride in accompanying him to the market. ‘It was a passion that I had for flowers since I was a little girl’, she tells us. In her usual visits she would make friends and as though she were dreaming out loud she would tell her father that ‘she would also like to wear the uniform’, the one her friends also wore.

Years later, her dream came true and her father settled there. She remembers the first time she wore the regional costume when she was twelve and how ever since then she had fallen in love with the place: ‘I enjoyed and still enjoy being here so I would like to stay here forever!’

If most of them remember how their started their jobs at the market, Vitalina Vieira is confesses she does not remember how long she has worked there. Her story shares many commonalities and she talks of her passionate she is for flowers, to the point that she cannot choose her favourite.

There is one that enjoys quite the reputation amongst Madeirans and tourists: the birds of paradise. Be it for its peculiar shape or for its colours, it is one of the flowers hogging the spotlight on the benches.

Others though, also absorb the sight of those who look at them, such as the laceleaf, the sugarbush, the orchid, the freesia and the arum. Cecília Rodrigues confides that on the day of the Flower Festival, tourists watch the parade and on the following day they come to the market in search of what they saw.

In the form of seeds, bulbs or floral arrangements, there is always a way to preserve that bit of island, of a time of the year dedicated not only to flowers but also to those who care for them all year long.