The courses that take water around Madeira, forever known as the ‘levadas’, are a recurrent theme in literature and photography. 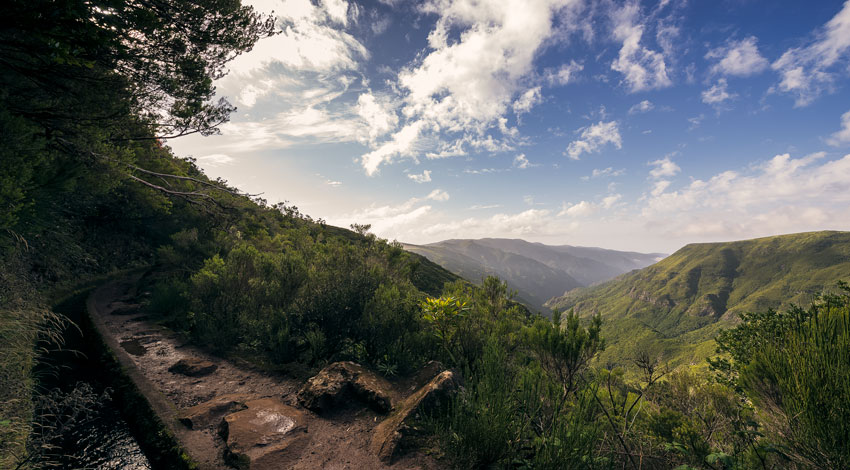 Exploring the levada trails, following old water courses built by Man, is one of the activities on the island of Madeira that best expresses the symbiosis between tourists and residents. There are no qualms here, only one goal: Enjoying the best nature has to offer in the best possible way: tranquillity.

Walking down these paths one usually greets fellow travellers, come they our way or not, be it in a hurry or more slowly. However, one cannot help but notice that more often than not, there are people standing still, devouring every last bit of what surrounds them with their eyes.

The flora and fauna can be quite immersive. Taking a break during your walk and, using a lens, capturing the most striking moments is all part of ‘tradition’ for those who venture these paths. Amateurs join pros in search of the perfect photo, be it an image of water running, be it of a bouncy chaffinch hopping between the branches of canary laurel.

The island of Madeira counts a total of ten Levadas among its list of recommended trails. The ones of Barreiro, Moinho, Caldeirão Verde, Furado, Cedros, Fajã dos Rodrigues, Rei, Azenha 25 Fontes and Risco, the latter two starting both in the area of Rabaçal. These last ones, located in Calheta, are amongst the most photographed and most visited paths every year, not least because of the magnificent show offered by the waterfalls.

The beauty of the water canals, blended with the quiet atmosphere far away from the hustle and bustle of the city and market serve to elevate the Levadas to something mystical if not poetic. It comes as little surprise that they have served as inspiration to poets and novelists. Be it for those who were born on the island, be it for those who visited it and were curious to see where the water leads. 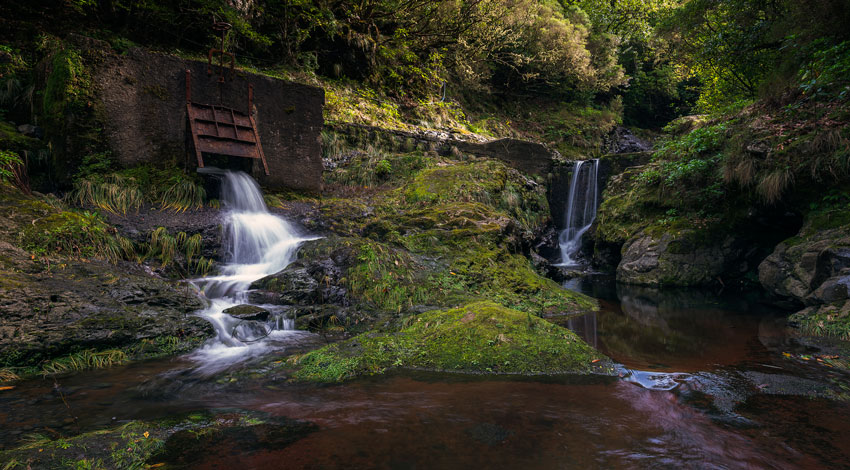 Back when they were being built, the main function of these water courses was that of carrying water from areas where it existed in abundance to others where it was in shortage, capitalizing on the forest’s ability to retain water. This water was as much for irrigation as it was for consumption.

As the courses zigzag, sometimes those who are trying to follow the Levadas lose their way. In his novel Eternidade Ferreira de Castro (1989-1974), a reporter and novelist, questions what happens to these ‘liquid ropes’ as one moment they are there, and the next one they are not, describing what happens to them.

‘Where goes this water? – To the fields -. Juvenal replied. And he told them how all of the island was cut by those liquid ropes, which rustled around the mountains, jumping from abysmal precipices, formerly between two bords of stinkwood, forming a gutter, nowadays in aqueduts carved in good stone made loamy and dark by the moist’.

Madeiran writer Alberto Artur Sarmento (1878-1953) also offers a lyrical description of the functions of these canals, those ‘arteries that go from the heart of the creeks to irrigate every part of this rocky body where a glimmer of land is held and supported by a wall made of loose stone’.

Texts inspired by, or referring to the Levadas, multiplied over the last centuries. The Imprensa Académica publishing house has released an anthology gathering some of that literature, titled Levadas Madeira, Uma Antologia Literária.

Short stories, poems, letters, journals… a bit of everything. The plurality of textual forms referring to the levadas of Madeira is impressive. The gathered texts, in nine chapters, were selected over the last few years by Thierry Proença dos Santos, a university lecturer.

But this anthology is by no means, meant solely for the lovers of literature. It is also for people who enjoy walking the levadas and are curious about the relation between Man and nature, the difficulties of construction and the realization of a singular masterpiece which is the delight of many thousands of walkers nowadays.

The volume gathers a total 33 texts by different authors. But there is more to it than just words. This anthology is as much literary as it is photographic and the 45 pictures of the levadas by Francisco Correia speak for themselves. He is one of ‘those people’ who stop midway through the walk to capture the perfect photo.

Photography has that power. It slows down the world and brings everything to a halt. Francisco Correia holds that this quite illustrates the magic of photography, which he describes as ‘a way of telling a story’ condensed ‘in just a picture’.

The goal of the anthology is to ‘value literary discourse on the levadas of Madeira island and divulge their aesthetic representations, to encourage reflection on the relations between imagination, the poetic and the real’ says Thierry Proença dos Santos.

Be it as an inspiration for a poem, be it for the perfect photo, walking through the levadas is a unique experience where imagination blends with reality bringing a dash of poetry to our busy lives as walkers. Prepare yourself to be delighted by one of Madeira Island’s greatest treasures, its nature.