Golden Queen Bee is a beer crafted in Belgium by two Madeirans with a touch of honey and gold. 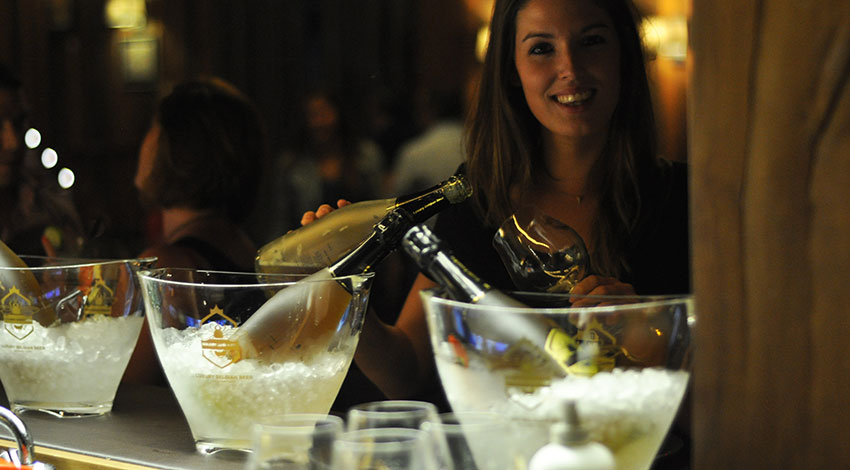 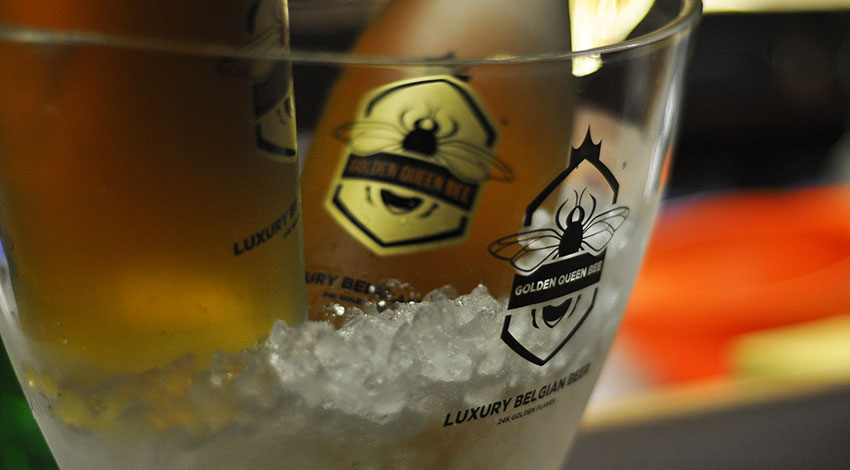 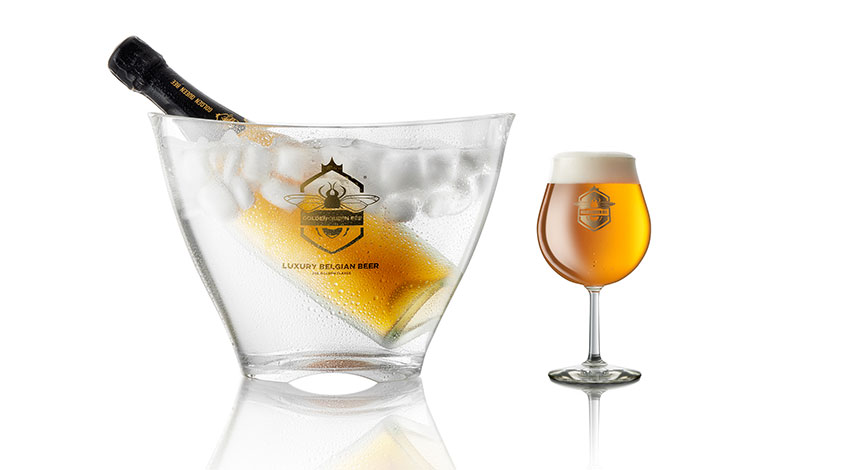 In a nation with more than 1500 types of beer, a new brand is the last thing one would expect from entrepreneurs. Yet, Silvio Lemâitre de Freitas and Gustavo Coelho decided to break that convention. Born in Madeira, these youths made the decision to go to Belgium and fight for a place in the competitive world of beer brewing.

They took their first steps in 2011 and after two years’ worth of experience and making contacts in the world of gastronomy, analysing the market, the two investors realized that there was indeed a place for a strong yet smooth beer with a touch of honey and an elegant aftertaste in the market’s premium sector. The difference, though, is that this beer is crafted with gold.

The gold gives it a touch that is both visual, and of exclusivity, not changing its flavour as it is edible gold, that is, gold processed so it can be consumed. Twenty four karats is as pure as edible gold can get. The choice of honey is due to the fact that it confers “a flavour characteristic of beer, making it lighter, as though it were champagne”.

The creation of Golden Queen Bee sought to meet the needs of people who enjoy beer, yet had no possibility other than celebrating with bubbly.

This beer is specially meant for the luxury market and is described by its creators as “the world’s first luxury beer”. It should be drank as if it were champagne and in moments of celebration.
It is not by chance that the comparison to champagne arises. Bottles are 75cl and have a cork that pops. The volume is 8,8 and it should be drank in the appropriate glass or in a flute.

Though still young, this beer is supported by the 150 years of experience of the La Binchoise brewery, where it is bottled. The entire process is 10 stages long and, since it uses bottles similar to champagne bottles, brought about the need to build a specific bottling line which, according to the managers, is unique in the brewing world. Nonetheless, its creators like to affirm Golden Queen Bee as a beer of the twenty first century.

Production is limited to about 150 thousand bottles, all of them numbered. But, since there is demand, production may be expanded in the coming years. The price varies from market to market but is usually between 45 and 70 euros a bottle.

The purpose of Sílvio Lemâitre de Freitas and Gustavo Coelho is to leave a mark in as many markets as possible, the only condition being an always limited production, “never sacrificing the product’s excellency in favour of a larger volume”.

Contacts for its entry in the Portuguese market as well as in Madeira are already under way and, before the year ends, it should be possible to drink Golden Queen Bee in Madeira.

At present, this beer is sold in Belgium, the Netherlands, Luxembourg, the United Kingdom, Australia, Vietnam, Russia, Japan and Brazil. The United States, China and Macau would also be natural markets to expand into.

The firm created by these two young Madeirans goes by the name of Aurum Drinks International and does not limit itself to Golden Queen Bee. It was established with the intention of dedicating itself to the premium beverage segment and has other products such as the Bebop Bohemian Beer, a craft beer of superior quality sold in 33cl bottles. As a beer it has a fresh and spicy aroma with notes of citrus and is characterized by fruity touches of apples, orange, pear and lemon zest. A dry, slightly acidic aftertaste makes it ideal for a summer day.