Once again, interior designer Nini Andrade Silva shows that there are no limits to one’s imagination. 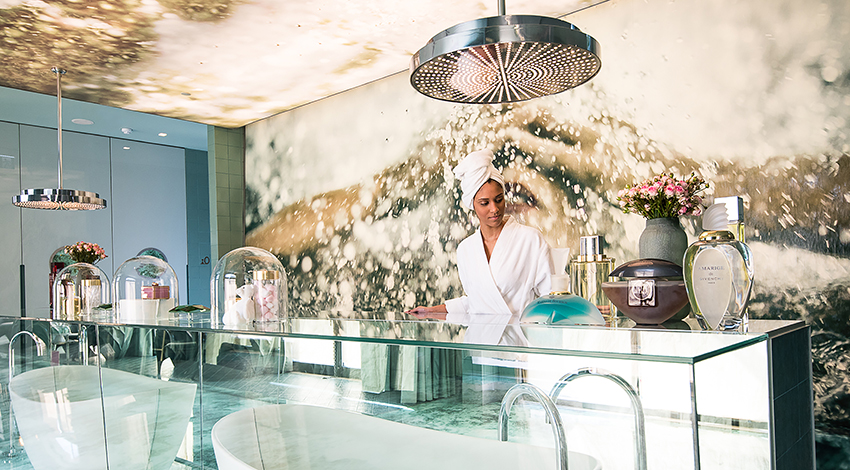 Since October, most people walking down Avenida Almirante Reis, in Lisbon, find themselves looking at the new eye-catching WC that stands there. This is, in fact, a new hotel, belonging to The Beautique Hotels group. One building that simultaneously fulfils two ambitions: the owners’ dream to open an establishment in there and interior designer Nini Andrade Silva’s boldness to come up with the creative concept of a space based on a toilet room.

This touch of boldness, very typical of Nini’s work, dominates a design concept which invites visitors to break away with pre-established notions. The artist takes toilet rooms very dearly. And so, she took on the challenge to once again lead the vanguard by turning an area that is common to all homes and usually looked down upon into an irreverent and provocative space, covered in luxury.

The dominating colour is turquoise blue and there is art in every corner. There are elements alluding to water, steam and foam on the walls, on the ceiling, on the floor, in the lightbulbs and many decorative accessories. The bedroom walls are composed of tiles and mirrors and the rooms have the shower, toilets and sinks separated by modules.

Playing on the building itself, Nini Andrade Silva materializes ideas bound to leave a smile on the faces of those who dare to look. The reception, for instance, showcases Nini’s creativity by employing mirrors to display what looks like two bathtubs but are in fact only two halves of one. Another example would be the oval beds incorporated into the design of the bedrooms located on the side of the building, which is itself curved. The concept and the subliminal messages invoke relaxing and letting go responsibilities. 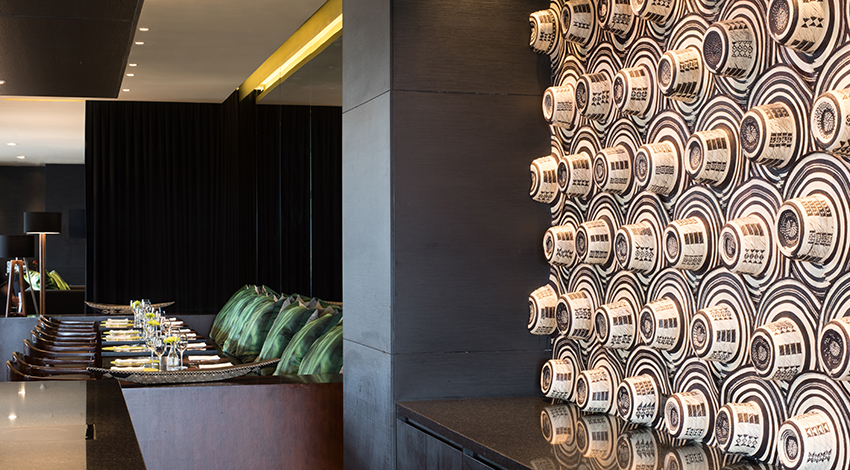 Nini Andrade Silva surprises every time for her versatility, attention to detail and outstanding results. She is actually the creative mind behind multiple hotels. Born in Madeira, she is known the World over and it is overseas that she has done the most work.

Even so, the artist’s brand is present on the island where she was born and raised. One of her most recent projects, nominated for the European Hotel Design Awards, is the Saccharum Hotel Resort & Spa, in Calheta, a tribute to the history of sugarcane on the island, historically one of Madeira’s most important productions. The artist pays homage to a whole universe by manipulating typical elements from the sector, from planting to harvest, and which result in the popular sugarcane syrup and rum.

In the Movich Buró 26 Hotel, in Bogota, Colombia, inspiration came from the country’s history and cultural heritage. The artist claims her ‘design is a composition that strikes a balance with the surrounding territorial context’. Bearing this premise in mind, she decided to foreground the beauty of Colombian artisanship and tradition by employing elements that allude to the sombrero “volteado” and large tapestries in the halls and common areas.

Nini Andrade Silva has also developed a furniture line, for both interior and outdoor spaces. One of the most recent applications of her furniture can be found in Casa Privada São Roque, a private household in the Azores, where many of the designer’s pieces, such as huge chandeliers, can be seen, in harmony with the materials, shapes and wide spaces of the building. 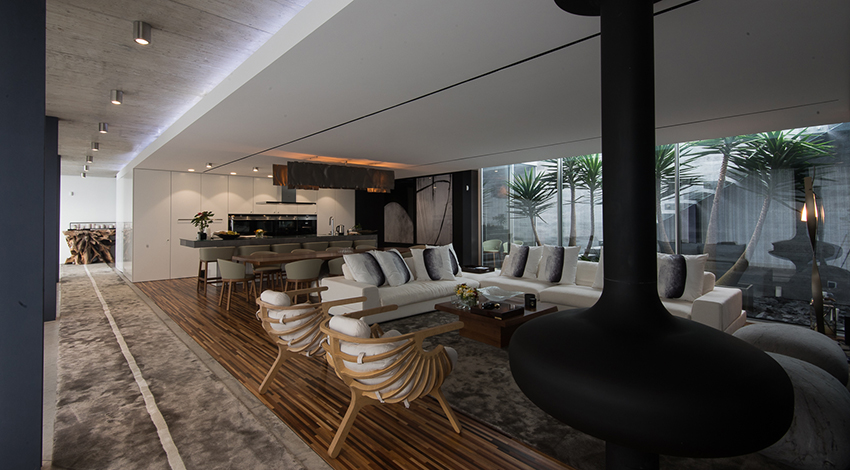 Yet another area to which Nini devotes herself, body and soul, is painting. She has paintings in important collections and international museums such as Ireland and New York. Part of her oeuvre is divulged in her Design Center, in Madeira. This space offers an array of services, including an area for exhibitions, a store and a fascinating view of the bay of Funchal from the Center’s restaurant.

There, the artist displays her private collection, which led to the creation of the Center itself. The collection documents her career and comprises her projects, awards and also illustrates her bonds to the island where she grew up. Its goal is to serve as a dynamic space, a laboratory of ideas and innovation for product design.