Madeira’s traditional Carnival makes its return between the 7th and 18th of February. 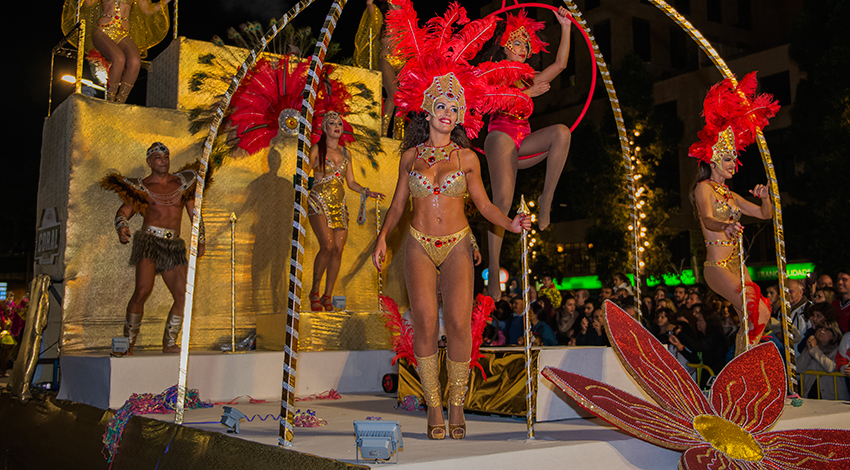 The streets of Funchal are made jollier by thousands of people in costume and curious bystanders. This year’s edition of Carnival in Madeira is held between the 7th and 18th of February, though its apex is set for the 10th, when several troupes from the island parade down the city’s main streets in costume and according to the theme ‘Madeira - 6 Centuries of Joy’. This is the biggest edition so far, with 11 troupes and 1.450 participants coming to the streets. Inspired by Brazilian tradition, the event has taken place on Madeira every year since 1979 and is the region’s main parade.

Adding to the folly, is a number of other parties and celebratory events scattered all around the island, including the typical themed nights. Most popular among these are hippies’ night and the night in which people are invited to disguise themselves as a member of the opposite sex. Funchal’s downtown and the Museums will have several initiatives happening these days.

Shrove Tuesday is the day of a typical parade and more popular in which people participate by donning the faces and clothes of those they wish to satirize.

Also a part of the official programme is a children’s parade, where children from several schools will take to streets of the city in costume.

And with the coming of Carnival, there also comes a variety of traditional sweets and enticing deep-fried delicacies coated in delicious sugarcane syrup.