Now that the Portuguese real estate market is starting to sail on smooth seas again, Essential Madeira gives you a list of reasons why investing in the Island is the right thing to do. 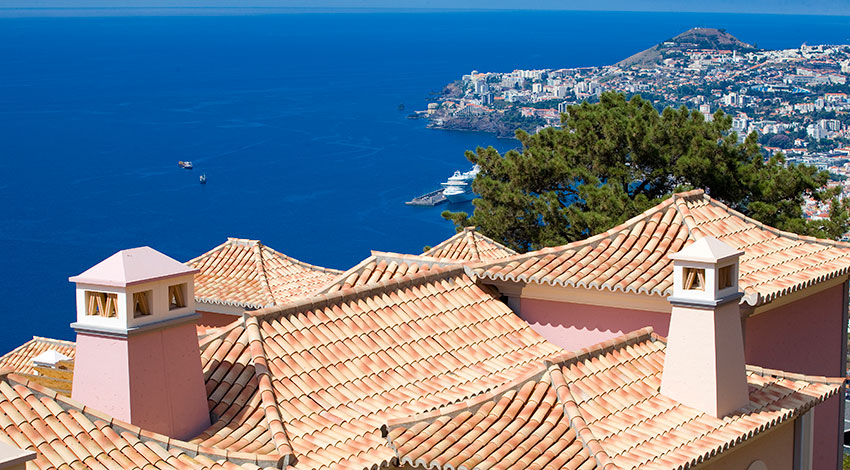 Over the last months, Portugal has been showing crescent signs of rebound in the real estate market, and Madeira Island is no exception. These evaluations are hard to do and not fully verifiable but the truth is, several investors, most of them from other countries, have been buying properties in the Island as they see it either as a retirement plan or as a sesonal home.

Algarve and Lisbon are currently the two main tourism real estate centres, however, Madeira Island’s steady increase in the opportunities in the real estate offer have been getting the attention of international investors.

Some of the advantages of investing in Madeira’s housing market are related to the quality of life this island provides and one of the strongest factors is safety: we’re not just talking about people’s safety but also the investments’, and at this point, our country’s stability and Madeira’s in particular assure and secure the investments.

The island’s own strong points are a bonus, such as its warm weather and its proximity to Central Europe, which translates as a splendid air connection to the main European capitals.

Madeira’s touristic history is also a plus. This is a land with a long hosting tradition, well connected and well equipped in terms of facilities. And let’s not forget its breathtaking views! Buying a property here, the probability of getting a good location with a view to the Atlantic Ocean is high. Another bonus is the short distance between places, highlighted by the good quality and quantity of road connections.

These investment opportunities are spread out across the Island. Madeira was the second Portuguese Region with most new houses between 2001 and 2011 (16,2%). Porto Santo was actually the top builder among Portuguese cities, with 29,2% new constructions and Caniço right behind it (28,7%) where many tourists reside too. Their neighbour Santa Cruz came to a total of 26,9% new houses. Outside these cities, areas such as Calheta have also been catching the investors’ eyes.

Thinking about those recoveries, Funchal City Hall has approved the “Cidade com Vida” (Lively City) plan: this creates a Urban Regeneration Area and includes incentives to the recoveries, especially in the city’s historical centers. There are 1934 buildings elligible to be part of this program in total.

The list of benefits/incentives to the recovering owners include exemptions and reductions on Municipal taxes like the ones on Transactions and Buildings, as well as IRS (Income Taxes) with benefits and IVA (VAT) reduced to 6%.

The goal is to bring the City Center back to life by attracting new tennants and Funchal’s Old Town is a fine example of how much an area can grow and develop. Certainly there are still a few details to be taken care of, namely by the Institute of Portuguese Architects, but the people and commercial estabilishments’ flow brought new life to a part of the city that had been asleep for a long time.

House renting has also been pinpointed as a real estate opportunity. Short term tourism house rentals are quite popular among the island’s regular visitors, as well as people who choose not to stay at hotels. This translates as an increase in the number of houses and apartments available for rent.

Last but not least, the housing prices are also a factor worth considering. Taking last year’s bank evaluations for credit granting purposes as a reference, one can verify some stability in the values per square meter. Madeira’s average value in October was 1150 €/m2, which is higher than the national average (1014 €/m2). Apartments have been evaluated in 1184 €/m2 and the houses in 1104 €/m2.

As far as Portugal is concerned, Cushman & Wakefield Consulting’s data reveals that the Portuguese real estate rebound is due to an increase in international investors: In their October report they explain this increase in two key factors: the country’s succesful conclusion of its finnancial assistance programme and a foreign investors’ renovated positivity towards investments in the South of Europe, ultimately resulting in an increase in demand from external sources in our country