Seen as a quick and unimaginative solution, prefabrication is being rediscovered and offers a world of new solutions. 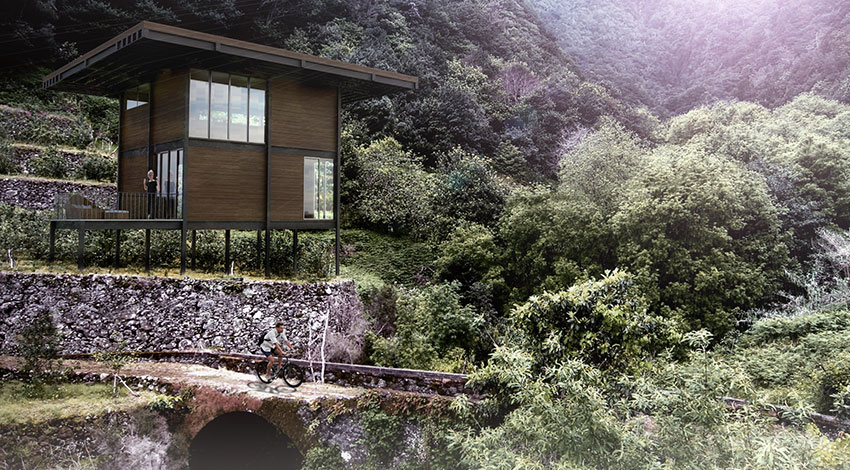 Thumbing through a dictionary, the word ‘prefabricated’ points us to what is fabricated beforehand, using separate standardized components, to be assembled on the spot where something will be installed. Prefabricated houses are the best example.

This was topic of some debate and experimenting in the early 20th century by architects such as Walter Gropius, Bauhaus founder, among other. But it was only after WWII that the use of prefabricated elements became more common given the eminent need to rebuild the cities devastated by conflict.

Technological progress allowed not only for the mastering and improvement of materials but also to have better tools with which to increase both the production and quality of what was being produced. The only, or main, prefabrication of that time was that of wall panels, to be used in housing.

As time went by, and with the development of technology and materials, as well as of industrial processes of fabrication. New components and solutions started to appear.

Still, the construction of buildings through prefabricated solutions was always associated with a certain ‘creative poorness’ since prefabrication presupposes a certain degree of replicability. One cannot be creative beyond the intrinsic features of the elements. This led to method being somewhat ignored, being used more in industrial solutions, small housings and labs for new ideas and materials.

This is not true of every country though. There are places where, because of certain traditions, or the predominance of a certain type of material, there have been more investments in, and the market and industry have been stronger in prefabricated housing. Prefabricated houses are also used in developing countries with impending needs of housing, as well as in cases of temporary accommodation, when there are natural catastrophes, for instance.

For a while now, the concept of prefabrication, in architectural terms and more in terms of the function of housing, has changed. Prefabrication stopped being only the ‘filling’ and ‘accessories’ and now includes the structure and has become a modular space. So, it is now possible to build in modules, with ‘light’ structures and amplify according to needs, be they of the family, or of economic opportunities.

Prefabrication has adapted and updated itself also in terms of architectural language by using new, more environmentally friendlier, materials. It has become a modern system in which everything goes as expected with a greater swiftness of execution. Price is lower and there remains a possibility of enlarging without great obstacles as it is possible to build on what’s already there, thereby allowing for an ever greater customization of each housing model.

For a few weeks now, in Funchal, there is an example of such a type of housing, the result of technical and financial investment by a local firm. It’s a small collective building with two fireplaces and where its building potential as well as the possibilities of this type of solution are showcased.