Not only did Rua Conde Carvalhal served as a gateway to the city, for decades, this street was also where many of the island’s most influential families lived. 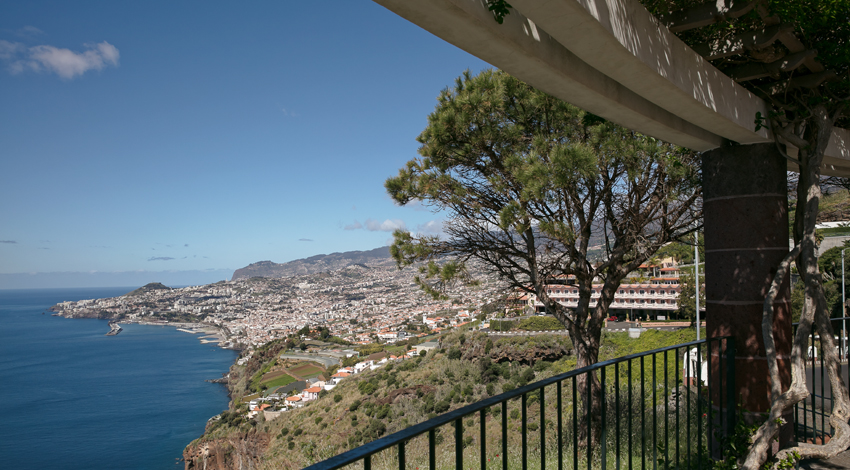 For some time, Rua Conde Carvalhal was the first stop for those who came to island by plane. Visitors were given a series of impressive views over the bay and the city.

The street’s name was taken from one of the most illustrious persons ever to have lived there, the 2nd Conde, meaning Earl, of Carvalhal, António Leandro da Câmara Leme do Carvalhal Esmeraldo de Atouguia de Sá Machado being his full name.

He presided over the Town Hall of Funchal between 1879 and 1887 and was the heir to a large estate in the known as Quinta do Palheiro Ferreiro. The Earl was well-known for his lavish lifestyle and the sumptuous parties he used to throw in his residence and which eventually cost him his fortune.

Starting at the higher end of the street, one can still find some rural traces with the buildings growing markedly more urban as you walk down the street. One of the highlights of this bit of the road is the terrace at Pináculo, known for the marvellous view of the city it sports.

If one continues walking downwards there is a further terrace, in the urban part of the street, known as Miradouro Jardim Vila Guida. Built in 1938, it integrates a small garden area with some shrubbery as well as larger trees. But it is the view over the bay of Funchal that catches your eye.

From the crossing with Rua Chão da Louba onwards, Rua Conde Carvalhal has a very interesting urban layout from the point of view of landscape and morphology. Most of the buildings here, meant as places of residence and mostly from the 20th century, with their yards and gardens are reminiscent of an earlier time and a different landscape.

Back when they were built, all of these households and manors belonged to people in the higher echelons of society and, as such, were designed to show off the opulence of these families, not only through their huge size but also through architectural elements and materials, all of which pay testament to the time when these properties were erected.

This large set of properties with such traits makes Rua Conde Carvalhal a spot well-deserving of a good stroll.