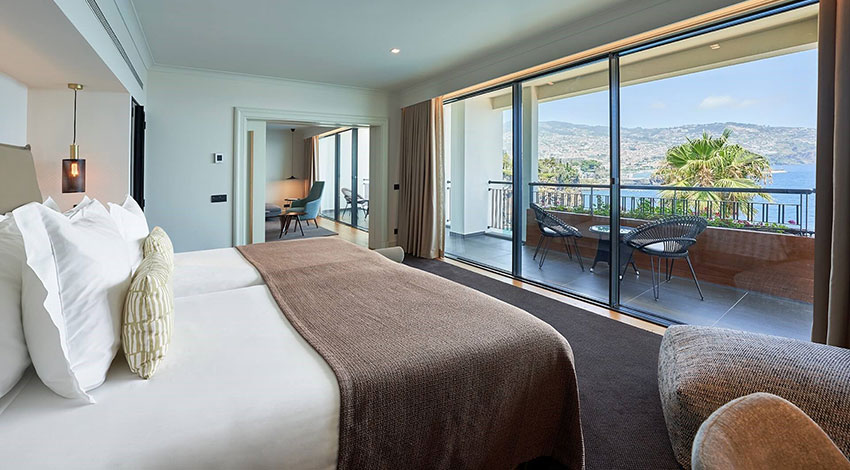 The PortoBay group took the break in tourism brought about by the pandemic in 2020 to begin an intense renovation of one of its most iconic hotels. Renovation works completed, The Cliff Bay hotel now enjoys a clearer view, in a better lit and more contemporary space. All of this topped off with the comfort of a five-star hotel.

Changes range from the reception and the hotel lobby, now sporting a new décor, to the two Michelin star-awarded Il Galo d'Oro restaurant, with a renovated dining room and the previously reported 'Chef's Table', where the team led by Chef Benoît Sinthon cooks by the customers.

In terms of rooms, the spotlight falls on the renovated presidential suite and the other rooms that fall under the suite umbrella, which now feature a new décor.

The PortoBay group's CEO, António Trindade, mentions in a press release that the renovations have allowed the expectations of the group's market to be met, highlighting the differentiating features of The Cliff Bay, like 'its location, its views, and its gastronomy. Further to that, we have renovated the reasons why we continue to host the many returning guests who choose The Cliff Bay for their holiday experience year after year', António Trindade added.

Renovation works on The Cliff Bay stood for an investment of 1.6 million euros and take place in the wider context of renovations undertaken in several hotel units belonging to the group between 2020 and 2021.

The authentic Pilates on the island of Madeira 22 Out 18:39