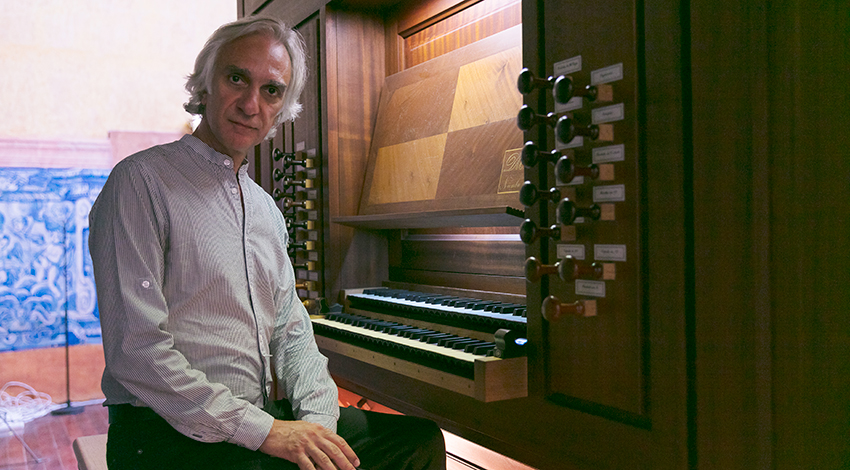 The goal is to commemorate the 600 years of Madeira and Porto Santo which are being celebrated between this year and 2020.

The inspiration is music, more specifically ‘Six centuries of organ music’ which motivate the programme for the 9th Madeira Organ Festival, to be held between October 19th and 28th in ten churches.

Paula Cabaço, regional secretary for Tourism, in charge of culture and the celebrations of the 600 years of Madeira, tells Essential how the idea was ‘advanced late October last year’. Back then a pitch was made to João Vaz, the festival’s Artistic Director, for each concert to be ‘dedicated to a specific century’, that is, music ranging from the 15th to the 21st century.

João Vaz took on the challenge and designed a programme with 12 concerts. The first concert, in the College Church in Funchal, is dedicated to Johan Sebastian Bach, ‘probably the most important organ composer of all time’, and will be played by Mathias Havinga, docent at the Amsterdam Royal Conservatory. And if Bach stands for the 17th century, the same church is also to host a 20th century concert represented by Poulenc, played by Vincent Dubois, a Notre-Dame organist, together with the Madeira Classical Orchestra.

João Vaz further highlights ‘the presence of Catalina Vicens, who will be playing a programme centred on the 15th century in the smaller organs of Madeira’ in the Recolhimento do Bom Jesus Church, in Funchal and in Ponta do Sol. For the closing concert, Claudio Astronio ‘will be offering a 17th century Italian concert playing the harpsichord and the wonderful historical organ of the Santa Clara convent’.

The Mother Church of Machico will be filled with 16th century music by Gonçalo de Baena, musician to the Portuguese king John III. Bu there is also space for the 19th century in the form of English Romantic vocal music, or Gregorian Chanting, standing for the 21st century through pieces composed in the last decade. ‘There is also a piece by father Ignácio Rodrigues, to make its debut in this event’, adds João Vaz.

The programme deconstructs the ‘prejudice that the organ is an old instrument’. João Vaz notes how ‘there are historical organs, like the one in Machico, from the 18th century, and modern ones like the one in the choir of Sé, built a year ago’ Paula Cabaço adds that the Festival ‘is also a chance to value the Region’s organ heritage and the music composed for this instrument, the organ’.

New to this edition is the concert to be held in the Mother Church of Porto Santo even though there is no organ on the island. Paula Cabaço explains that this is possible because Catalina Vicens will be playing an organetto ‘and presenting not only old music but also contemporary music written for that instrument’.
The regional secretary speaks of constant innovation, noting that ‘the organ festival is already part of Madeiran cultural life’, further being considered ‘one of the best organ festivals in the Iberian peninsula’.

Between October 19th and 28th there is a free concert every day. ‘Practically all the organs in Madeira’ will be in use, which includes all the organs from outside Funchal, namely in the churches of Machico, Porto da Cruz and Ponta do Sol.

And according to João Vaz, rest assured that there will be more than only religious music being played: ‘The repertoire is extremely varied’. While it is true that ‘much of the music being played in concerts nowadays was indeed written for the liturgy’, there are pieces ‘created to be played at church though not exclusively in the liturgy (Widor’s symphonies, for instance) as well as music conceived for organs installed I concert halls (like Poulenc’s organ concert)’.

Ponta do Sol - Church of Our Lady of Light

The Beginnings of Music for Organ

Porto Santo - Church of Our Lady of Mercy (Matriz)