Its name is Rebendita and it is the most recent beer to hit Madeira’s market, an Indian Pale Ale with a dash of passionfruit. 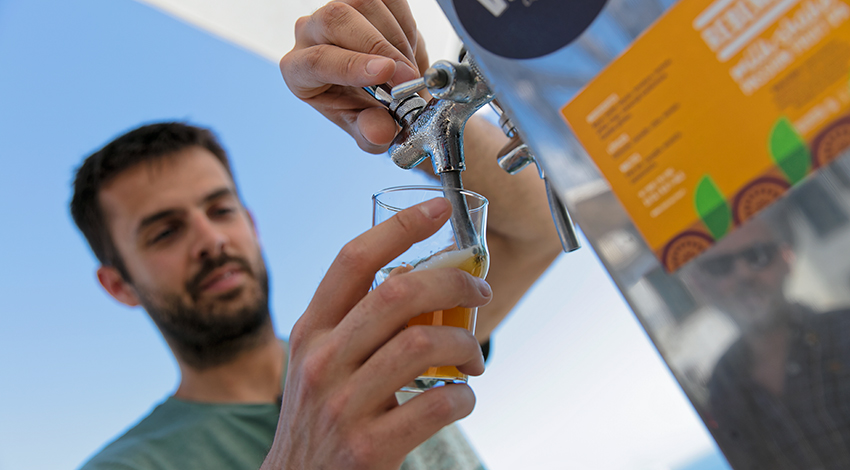 There is a new beer in town and it tastes of passionfruit. Its name is Rebendita, a word used in Madeira to refer to something with disdain. It is an initiative by local craft beer distributor Vilhoa, through a partnership with Cerveja Letra, a producer from Braga, in the mainland.

Vilhoa’s Eduardo Lucas says the idea here was to lift the veil over what beer can be. ‘We’re going to show people that beer can be something completely removed from a Pilsner’. Its name, Rebendita, is a tease because beer can be ‘very interesting, thick, sweet, bitter and can also have the aromas of other tropical fruits’.

It is a rather juice Indian Pale Ale, rich in hops, one of ‘the freshest I’ve had the pleasure of drinking in Madeira’, says Eduardo Lucas. It is a milkshake passionfruit Indian Pale Ale. The milkshake designation comes from the addition of lactose which imbues it with a bit more sweetness and body. The passionfruit is an icon of Madeira and the end result is quite aromatic.

Rebendita comes in the wake of Plantageneta, an ale that fermented in Madeira wine barrels. ‘We feel that there really is a will in the market to adhere to this kind of products which display the identity of Madeira’, says Eduardo Lucas.