The sea in Calheta is one of the most after in Madeira, for its climate, the quality of the water, accessibility and activities on offer 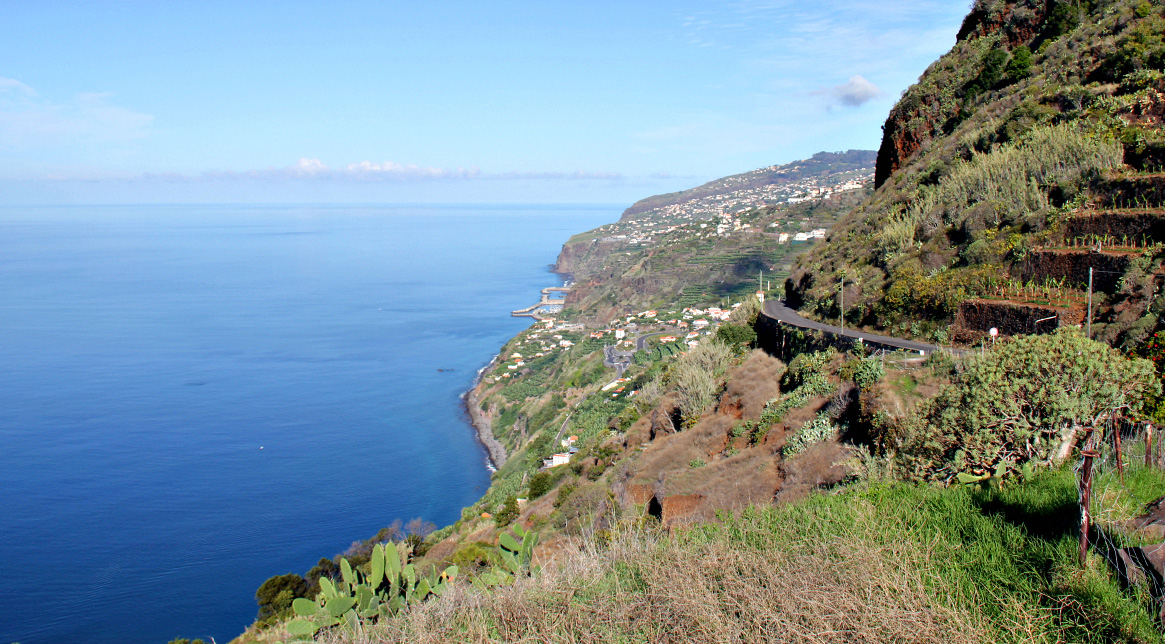 Seen from up high, the sea in Calheta seems bigger. The illusion is cast due to there being nothing between the island and the horizon. There are no islets or other islands, no bays. In short, there is nothing to serve as a visual barrier as in other spots in Madeira.

The immense blue heavens are reflected on the ocean, adding to this notion of dimension, a space of gigantic proportions and clear waters, which the authorities in the Municipality of Calheta have sought to value over the past few years.

Tourist demand for the municipality has helped to establish this necessity. The climate is mild and the sea ends up becoming a natural extension of one’s holidays or leisurely moments.

The means of accessing the ocean are made all the more special by the conjugation of the sea against the backdrop of the island’s difficult orography, comprised of tall cliffs falling abruptly over the sea. At the base of those slopes sit some of the locales, beaches and ports that make Calheta one of the most sought after bathing areas in Madeira.

These points of access are also points of departure for many a nautical activity, including diving and stand up paddle, which make for an enjoyable foray into waters so clean and visible.

One of the sea activities associated with Calheta is surf, discovered about four decades ago by visitors to the island and perpetuated by the youths of Jardim do Mar who, even without specialist equipment, and out of their sheer will, faced ‘the wave’, which many say is unique.

This interest continues and Jardim do Mar remains a reference for many visitors. Here, and in the place next door, Paul do Mar, and some small shores farther away the waves are among the best in the World, in the opinion of many specialists.

Surf is more than just an activity here. It feeds a cult. It embodies a life style of the populations who have always lived intimately connected to the sea, especially in Paul, a land of fishermen, many of whom emigrated to the United States and Canada.

The distance between parishes can also serve as an opportunity for competition. The number of those who partake in canoeing, an Olympic sport since 1936, has tended to increase. One of the routes most used in sports competitions or even in leisurely practice is that between the Town of Calheta and Paul do Mar, comprising an extension of around 11 kilometres.

It allows one to delight in the silhouette of the coast, take in unique sights, which are only available from the sea. It is in search of this perfect image that all sorts of ships dedicated to rides along the coast or whale and dolphin watching depart daily from the marina of Calheta.

Other vessels are equipped for competitive fishing, dedicated especially to the blue marlin, one of the ocean’s largest fish. This activity happens throughout the year, but July, especially, sees competitive fishermen depart from here to participate in the Big Game World Cup, the world championship for this sort of fishing, which is held on several places in the World at the same time. Fishing the biggest marlin earns you victory and, sometimes, Madeira has come out the victor.

Alongside the world championship, the Municipality of Calheta holds the ‘Calheta Big Game Challenge’, which attracts more and more participants from outside the island.

Capitalising on the sea also involves valuing its natural resources. That is why the Ponta do Pargo Protected Area was created. It includes a marine park and an area on-land. One of the goals here is to ensure the sustainable development of sea life and protect the landscape, allowing more people to relish in Nature.