The São João Batista do Pico fort stands out clearly in the landscape of Funchal and is open to visitors. 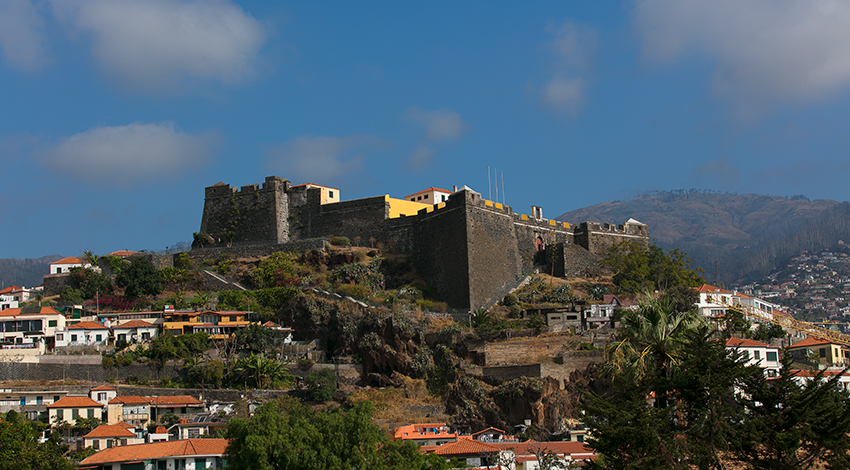 It is known to Madeirans by a number of names including, very simply, ‘The Castle’, but it truly is an unmistakeable landmark, standing out very distinctly from the landscape of Funchal. The São João Batista do Pico fort was renovated and has reopened its doors to visits which offer a walk through history combined with dazzling views over the bay of Funchal.

The fort was built in the early 17th century at Pico das Frias, one of the hills that frames the sloped of Funchal’s natural amphitheatre, and has always served military purposes until 2014, when it became property of the Autonomous Region of Madeira and turned into a leisure space.

Its construction arose out of the need to build a proper defence system for Funchal which necessitated the creation of a fortress to the west, to complement the city walls.

It started out as a fortress made of wattle and daub and the project was handed over to the royal construction masters Mateus Fernandes the 3rd, Jerónimo Jorge and, later, Bartolomeu João. The first records of construction works for the stonewalls in the pits date back to 1618. Records show that Bartolomeu João would be the master leading construction works in 1635 and also that at the time the fortress was already in its final form, based on a star-shaped blueprint with 4 pentagonal fortresses, practically regular.

It changed name several times. In the early 17th century, it called the fort of São Filipe and then became the fort of São Miguel in the 19th century though it was renamed after São João shortly thereafter.

Not only did it defend the city, it also served as a storehouse until 1828. The last artillery rounds shot here were fired in honour of the visit of the King and Queen of Portugal to Madeira in 1901.

In 1929, the Naval Radio Station ran by the Portuguese Navy was installed in the building where it remained until 2014.

The space can now be visited. There is a café as well as a museum space telling the story of the fortress. Here, one can enjoy one of the best possible views of the city.