The history behind the D. Maria Amélia Hospice is also the story of how Madeira and the Swedish royal house are connected. 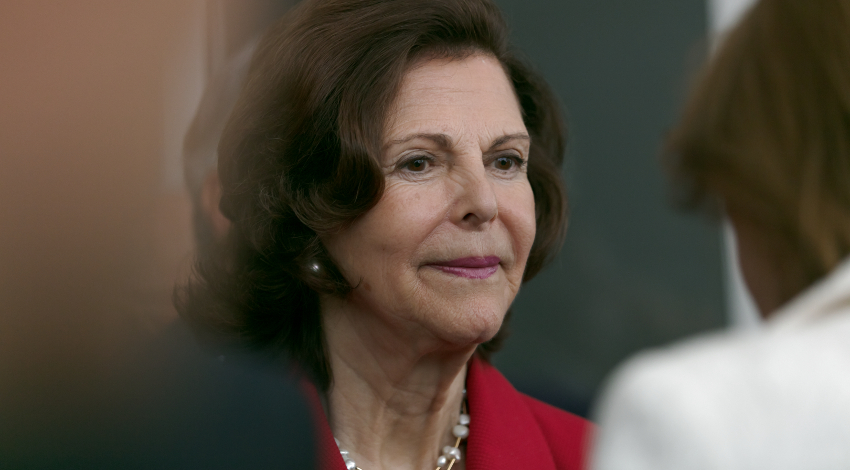 When Queen Sylvia of Sweden arrived in Madeira on May for the inauguration of the new building of the Princesa D. Maria Amélia Hospice, she renewed a hundred year-old vow, as old as the institution supported by the Swedish royal family.

The links to the other side of the Atlantic trace their origin back to Rio de Janeiro as Amélia of Leuchtenberg made her arrival to Brazil in 1829.

At the mere age of 17, D. Amélie married Pedro I of Brazil and became empress consort. Maria Amélia de Braganza, already frail as a child, was born of this marriage in1831, already on European soil.

Having lost her father at the age of three, Maria Amélia was raised in Portugal, where her half-sister, Maria II of Portugal, was queen, and she lived in Lisbon until 1852, when the first symptoms of tuberculosis started to show.

Since the 18th century, the airs of Madeira have come to be identified by English physicians as having special properties that enabled the cure of tuberculosis.

‘In fact, in the first half of 1800, there is an English doctor, James Clark, who claims that the best climate in the world in which to cure tuberculosis was Madeira’s’, says architect Rui Campos Matos. That will have been the trigger for why European aristocracy sought the island’s climate.

In truth, many years later it was verified that the ‘island’s airs’ and conditions actually did not favour patients with pulmonary conditions, very much because of the existing humidity.

But back then, it was in the hope of recovering from her already advanced disease that the young Maria Amélia came to Madeira on the 28th of August, 1852, accompanied by her mother. Not long after, she would pass away on February 4th 1953.

Romance intertwined with grief is quite the common theme in our history. Ovide’s Pyramus and Thisbe and Shakespeare’s Romeo and Juliet being two prime examples of how tragedy and love can blend to create something new.

Even though this was a different kind of love, that of a mother for her daughter, the story behind Madeira’s Hospice blends two different ingredients which recur in film and literature.

After her daughter’s tragic death, Amélie wanted to pay tribute to the island for the way they had cared for her. And so she had a sanatorium for the care and cure of those who suffered from tuberculosis built in the memory of her daughter.

After acquiring the lands, located in what is today’s Avenida do Infante, the foundation stone was laid in 1856. Six years later, the D. Maria Amélia Hospice greeted its first patients.

Having lived in Lisbon since her daughter’s death, Amélie passes away in 1873, never having visited the hospice she had founded and leaving no solid financial groundwork on which to carry on the project. By last will and testament, that task had been left to her sister Josefina, Queen of Sweden. Years later, the task fell on the shoulders of the heir, King Oscar.

It was through him that, after a visit to the island and the hospice, the grounds for the project were laid in the form of a perpetual foundation.

The first Portuguese sanatorium endorsed by the Swedish royal house is a neoclassical English style building inspired in the Georgian manor houses of the late 19th and early 20th centuries.

The stairway through which the main entrance can be accessed and the pediment are impressive, the façade surrounding them being of near symmetrical composition. The enclosing gardens are open to the public and arriving there is an experience akin to time travel.

Nowadays, despite it not working as a hospital for the treatment of pulmonary diseases anymore, the building has been reinvented as an orphanage, a school and a home for the elderly. It remains an important element in the island’s societal makeup.

During the inauguration ceremony last May the Queen mentioned how it is with ‘pride’ that the royal family ‘will continue to support this institution’ as per their hundred year-old promise. The new space, annexed to the home and the main building, now has the capacity to house 40 residents, divided in 16 individual rooms and 12 double rooms, and is meant to house the elderly.