Have a go at our suggestions and venture that which is the Leading Island Destination of both Europe and the World. 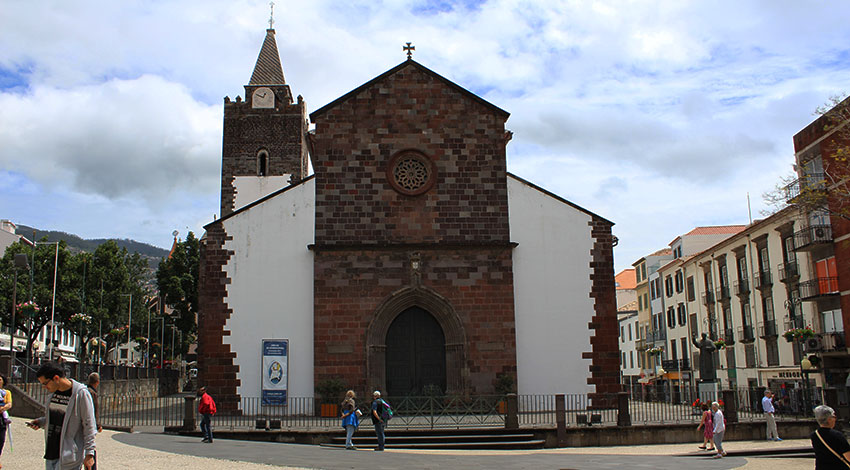 Theatre, music, exhibitions, fashion, wine and reforesting the Ecological Park of Funchal. Interested? Have a look at our suggestions of what to do in Madeira this November.

The ‘Dançando com aDiferença’ group is set to stage the ‘Dez Mil Seres’ show at the Baltazar Dias Municipal Theatre. The show was produced in collaboration with choreographer Clara Andermatt and will be running from 18th to the 20th of November. Performers with and without disabilities join hands and bring to life a thrilling show full of emotion. A real thrill for the senses, the show will also include original music by Joana Runa.

Every Thursday of the month, Casino da Madeira hosts the 'Casino Circus Show’. The Bahia restaurant serves as stage for the telling of the story about a ballerina full of dreams who has seen better days. Music, dance, circus acts… all in one evening.

Are you a fan of the piano? If so, then grab the opportunity to go to the 2nd edition of the Madeira Piano fest, to be held between the 5th and 13th of November at the Baltazar Dias Municipal Theatre.

On November 18th, you can listen to Mozart in the Cathedral of Funchal. By which we mean his music, of course, as the Madeira Classical orchestra will host a free concert around this Salzburg-born music legend.

The Students’ Union of the University of Madeira will be hosting its traditional Academic Fado Night on November 25th at 9 p.m. at the old Jesuits’ College. An unforgettable evening celebrating Portuguese culture.

What colours can you find in Belize’s flag? Can water be in both its liquid and gaseous states at the same time? How long did Larry King host the Larry king Show? Got the answers at the tip of your tongue? Then you are ready to test you trivia at the quiz nights of the Los Primos bar (every Wednesday at 9 p.m.) and the Cantina El Mexicano (every Friday at 11 p.m.).

Starting November 4th, the Electricity Museum – Casa da Luz will host the ‘Essence – Emotion – Nature’ painting exhibition, by Cristina Perneta. Her works will be in display until November 30th.

The Belmond Reid’s Palace’s ‘The Dining Room’ hosts another special Afternoon tea and Fashion Show. It starts at 3 p.m. on November 5th.

For its 9th edition, Prêt-À-Porter will move to the Farmers’ Market. DJs, Music, Multimedia and, of course, fashion. All in a single event on November 5th, starting at 11:30 p.m.

From November 7th to 15th, the Il Basilico restaurant hosts another edition of ‘Italy with Soul’, a gastronomic festival dedicated to the flavours and colours of the Italian cuisine.

The 5th edition of the event dedicated to wine arrives in Funchal between the 25th and 27th of November and is set to take place at Casino da Madeira. Already widely acknowledged by wine connoisseurs and professionals, this three day-long event dedicated to prestigious Portuguese wines, was visited by 3,500 people in its last edition and its bound to delight this year again with a diverse programme.

Reforesting the Ecological Park of Funchal

Between November 15th and 16th, the City Hall of Funchal, as part of the Planting Portugal Movement, invites citizens to partake in the 7th edition of the ‘National Reforestation Week’. Registrations are open until the 12th of November.