Long ago, before there were roads, the Royal Paths were the only thing linking different places on the Island. 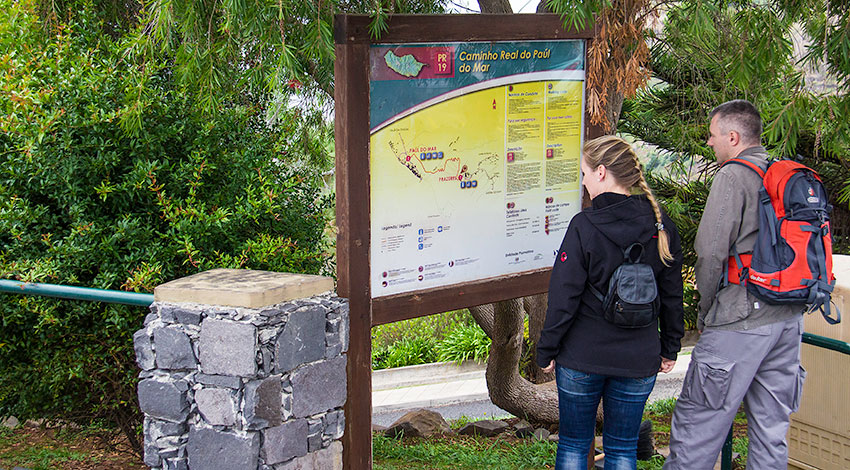 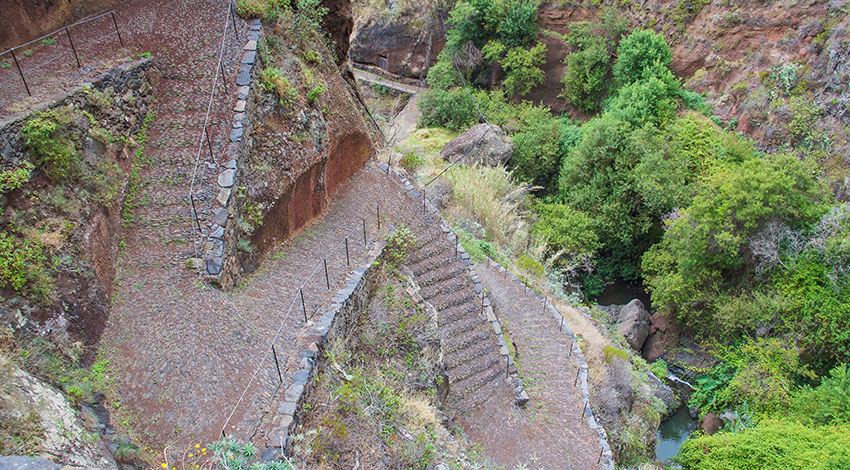 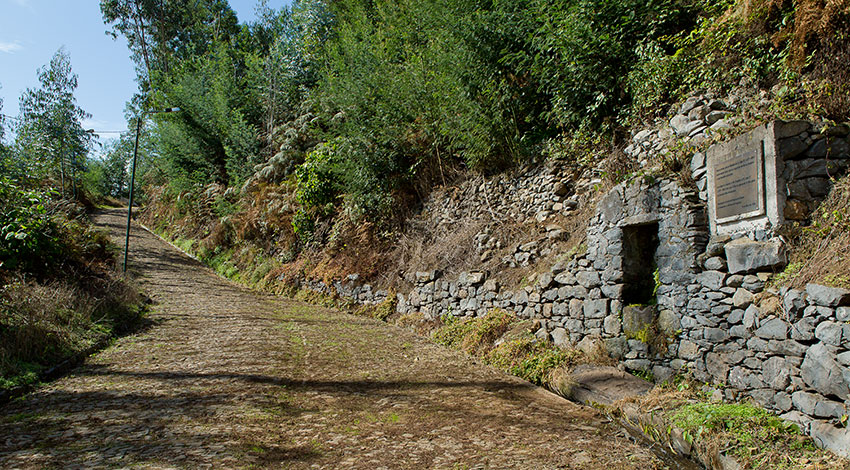 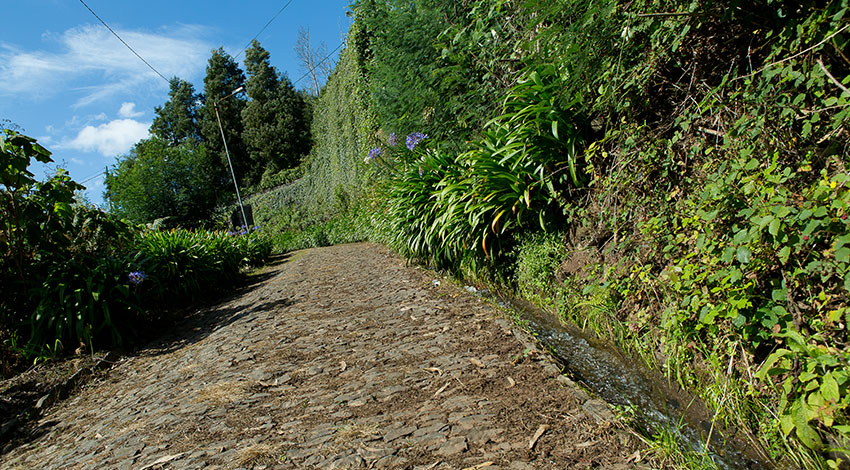 When reaching the area of Prazeres, by the Jardim do Atlântico Hotel, from just one look at their clothes, one can easily identify a large group of people as being hikers. With curiosity, they gaze at a plaque showing them the “Caminho Real do Paúl do Mar”, the “Royal Path of Paúl do Mar”.

The starting point is set at 535 metres of altitude. Jagged stones ornamented with greenery dominate a landscape ending in the ocean. A slope leads to infinite stairs meandering the hill side.

The distance to Paúl do Mar is more than a mile. Around an hour’s walk down a path of basalt stones, flattened by centuries worth of people stepping on them, either when they went down, sliding wine barrels, sugarcane, vegetables and cereal on their on their traditional wooden tools, or when they went up, carrying products and people by means of their own arms and legs.

This is one of three Royal Paths included in the thirty pedestrian routes the government recommends, which are distributed between the islands of Madeira and Porto Santo.

According to historian Alberto Vieira, the construction of these paths dates back “to the beginning of the island’s settlement”. These were the roads of olden times and it was these bridges that connected very many places around the island facilitating “the movement of people and products”. They functioned as an alternative to crossing the sea and were the only connection by land available. The name “Royal Path”, given to the main roads built before the proclamation of the Portuguese Republic in 1910, was due to the fact that the person in charge of its construction and maintenance was a local representative of the Portuguese Crown.

Nowadays, nobody can say with accuracy how many of these paths existed originally or even their full extension but rough estimates point to the oldest road network being 400 kilometres long. These were lost either to vegetation or the island’s many hills though, perhaps, they may be hidden under History’s more recent layers.

The first path to suffer an intervention, and to serve as a basis for the wider project, goes from Paúl do Mar to Ponta do Pargo, including the connection to Fajã da Ovelha, to the west of the island.
Counting with the participation of the Town Hall of Calheta, the project will be divided in two stages: in the first stage, the objective is to clean the trail so as to conduct a topographical survey. The trail’s overall conditions and needs having been observed, the second stage will focus on restoring the trail and make it fit for circulation.

Miguel Sequeira, Regional Director for Forestry, hopes for a brief intervention. The forecast is that one of the major obstacles will be the cobbled pavement: “It’s not your usual pavement, which will make it hard for us on the financial level”, is very specific, and has to be done in a way that is “compatible with old techniques”.

The restoration of the trails, most of them located at altitudes which do not reach 500 metres, is meant to “stimulate the scattering of tourists” and lovers of hiking and nature. These spaces have the advantage of passing by places outside the Laurel Forest, “with many interesting zones”.

The Mediterranean climate in the lower regions of the island is seen as a reason of attractiveness. According to Miguel Sequeira, while flowering in the Laurel Forest starts between May and September, from January until April, areas in the coastline present “a fantastic spring, full with endemic plants and unique things”. The idea is for these to complement each other: if people have “two Madeiras to visit” they will come here twice, “won’t they”, he asks himself.

With unique landscapes and views that simply could not be enjoyed in any other way, the real paths are an opportunity to get to know a bit of the history surrounding the island’s road network where anonymous heroes struggled against the mountain, facing slopes and cliffs to build a network to connect the entire island of Madeira.

Visibly tired with sweat running down their faces, the hikers have arrived at Paúl do Mar. It is now time to relax and enjoy this picturesque town’s silence.