There was a time when Funchal and its cathedral were the headquarters of the diocese of the entire Portuguese empire. 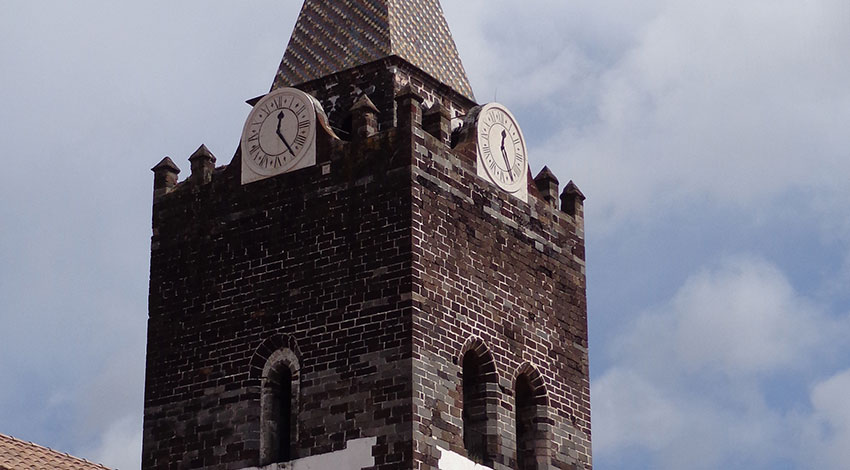 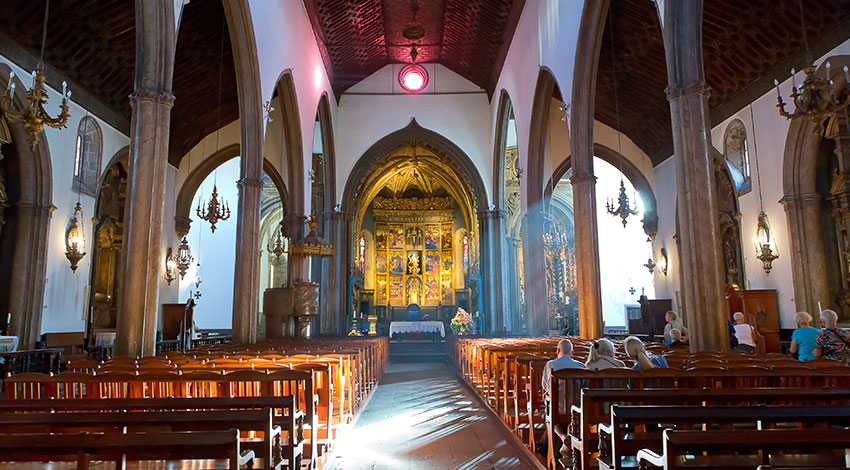 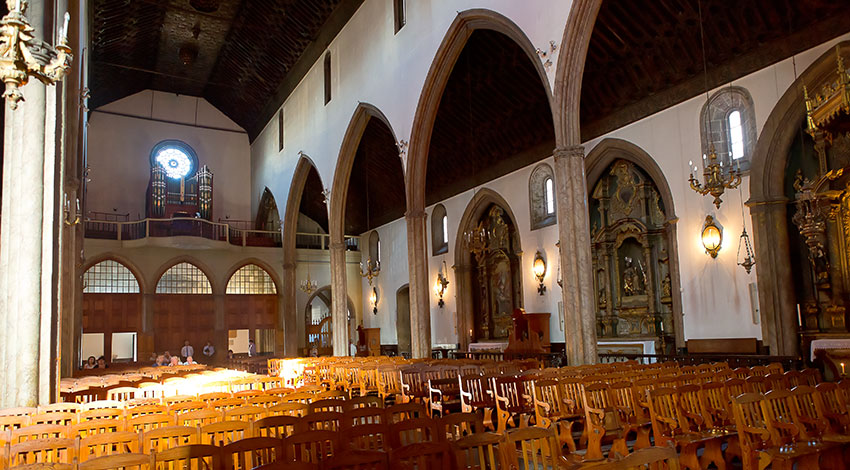 At the heart of the city of Funchal stands one of the most emblematic buildings of history, not only of Madeira but also of the world.

For twenty two years during the sixteenth century, Funchal’s cathedral was the most relevant archdiocese of the time. Nowadays, its architectural beauty and unique content reflect its historical importance.

From the outside, the cathedral is known for its grandeur. The main gateway has six archivolts, reminiscent of the gothic style, embellished with the arms of King Manuel I and an open crown.

The tower which was completed in 1517-18 (final stage of the construction) has four floors and stands at 55 metres tall. At its top stands the church spire in the form of a quadrangular pyramid decorated with Sevillean tiles. The clock, to which no one is indifferent to, steadies the rapid pace of passers-by and sets the rhythm of life in the city.

The interior, with tall and distinctive columns amongst undulating arches, has three naves. In the main chapel, largely decorated in gold, the altar has five parts distributed on three levels with twelve Flemish oil paintings.

Much like the choir-stalls, the only “Manueline” to remain in its original location to date, the chapel required some rehabilitation work in 2014. The church paintings and woodwork were cleaned and a “few details were renewed”, revealed Father Vitor. 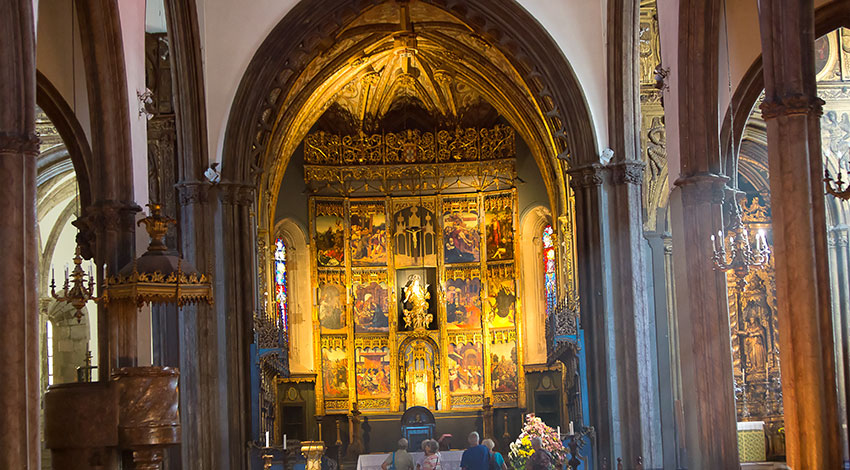 However it’s not just the masterpiece itself which is astonishing. Its history is complex, involving and full of ups and downs. The process of maritime expansion was already a priority for the Portuguese crown when, in 1494, the treaty which divided the world between the Kingdom of Portugal and the Kingdom of Spain was signed in Tordesillas.

The need to create a spiritual centre, which could control Portuguese pretenses, became increasingly more evident following the washout of the construction of the cathedral of Funchal in the mid 80’s of the fifteenth century.

The idea was quickly undermined as soon as it was presented to Pope Alexander VI, known in history for his surname: Borgia. Following his death in 1503, Funchal was raised to the category of city in 1508 and the Sé Cathedral, initially built in the early sixteenth century, was finally consecrated. Later, in 1514, the Diocese of Funchal was created. At the time, it was the diocese of “half of the world”.

The 500 years of the Diocese of Funchal were the theme behind the book “The Sé of Funchal: 1514-2014”, a work of “promotion, disclosure and positioning of the world’s greatest diocese, the diocese of the Portuguese Discoveries and the status of Madeira in the Atlantic” says Rui Carita, historian and author of the book edited by the Directorate-General for Culture.

According to the historian, the main novelty in regards to the work which has already been done on the matter is that “it’s not a work of history of art, it’s not a work of social history”, neither is it a work of religious history. It’s a combination of the three areas, in an effort to establish a cross-reference reading of events.

It’s a way of “bringing together all the information regarding the 500 years of the diocese”, of emphasizing personalities who distinguished themselves there and a study of its role on the island because it was the “centre of power: births are to be recognized by the church in order to be baptized, no one marries” without the consent of the church and when people die they are buried in a religious ceremony.

Carita points out that the book is easy to use, “well illustrated and put together in a way that is highly accessible”. Notes and historic relevance are at the end of each chapter as not to interfere with reading.

Those interested can visit the most important church in Madeira from Monday to Sunday between 7.30 a.m. and 12 p.m. and 4 p.m. to 6.30 p.m. Guided tours organized by tour operators are available on a daily basis at 10 a.m.