Visit one of the most emblematic buildings of Madeira’s capital for a journey back in time. 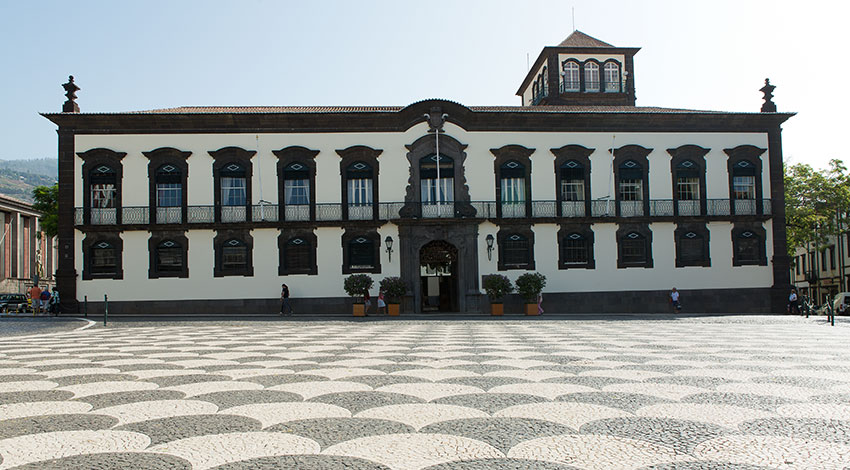 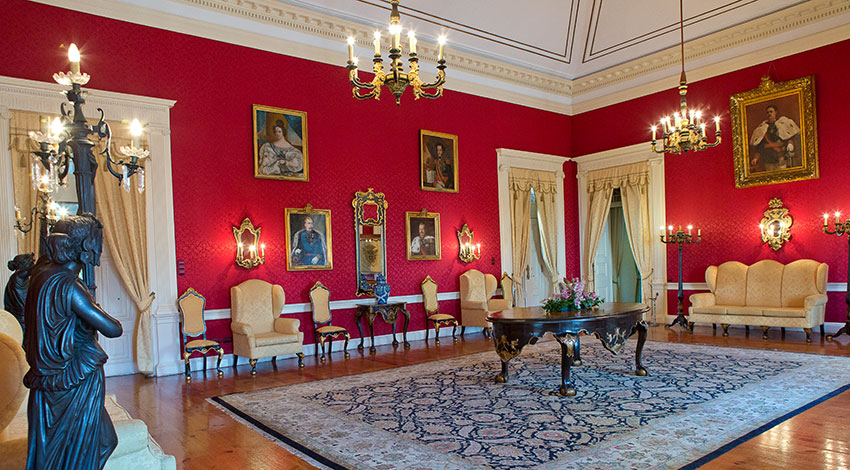 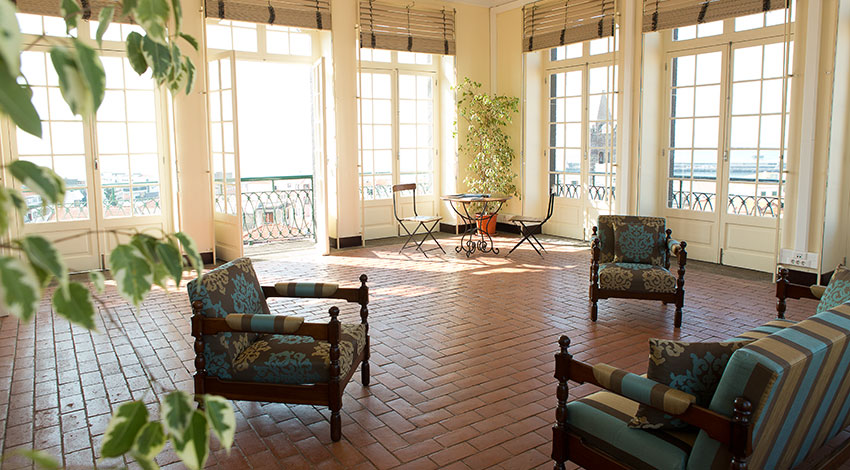 The City Hall of Funchal opened its doors to the public on the 21st of July 2014, with the aim of showing the interior areas of the building, used for official duties, as a means of disclosing the local cultural, artistic and architectural heritage amongst locals and tourists.

The guided tours are so much more than the traditional story-telling experience based on historical facts. They are real life portraits, minutely decorated rooms worthy of the noblest of figures and works of art of great historic value, some of which are over two hundred years old. All this and plenty more is to be found in a building which dates back to the XVIII century, which also features revivalist décor of the XX century.

Inside the construction, visitable areas include the Municipal Assembly Hall, the Yellow Room, the Meeting Room and the Noble Hall where one can find portraits of the Portuguese Kings of the XVIII, XIX and XX century as well as oil paintings of the city.

The building features an open inner courtyard embellished with stonework, Portuguese tiling and traditional Madeiran paving stones. In the centre, a pretty marble statue of a young lady entwined with a swan was ordered in 1879 from stonemason Germano José Slles. The statue is of Leda, Queen of Sparta and wife of Tyndareus. Admired by Zeus, the great god of the Pantheon, he seduced her in the guise of a swan. Their consummation resulted in the birth of the beautiful Helen of Troy, one of the characters of Iliad, the epic poem of Homer. On the outside of the building, the feature piece is the statue of “The Sower” by Francisco Franco. 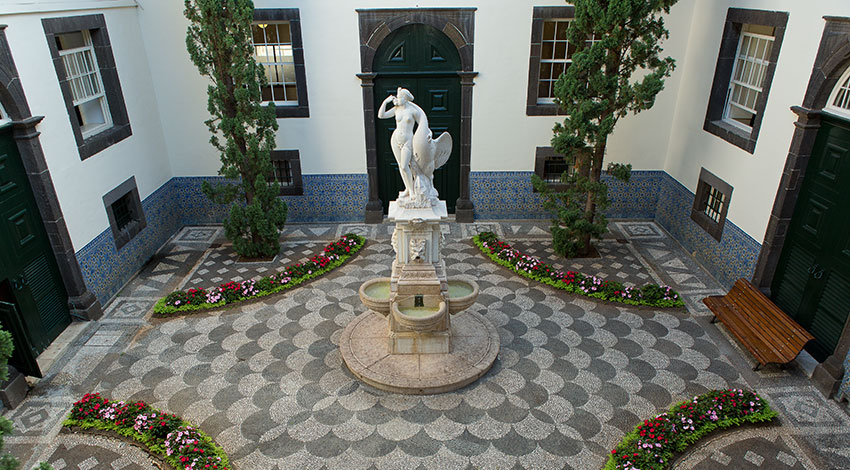 One of the highlights of the visit is the climb up to the tower. Formerly used as a lookout point for potential attacks on the city, it is currently used to get a 360º view over the capital of Madeira including the several historic buildings, the ocean and the imposing amphitheatre. It’s not to be missed!

Built in 1758, the building was the former residence of the Counts of Carvalhal of Lombada. In 1820 it was let to an English wine company – “Blackburns & Company” and twenty years later it was used as a home for George Stoddart who was the British Consul in Madeira between 1836 and 1858.

Due to the increasing debts of the Carvalhal Esmeraldo family, the palace was handed over to the firm Freitas & Macedo.

Back then, the City Hall ran in a palace located on a crossing between two streets named Rua do Esmeraldo and Rua Cristóvão Colombo. With the need of a change of space and as the opportunity arose in 1868 the City Hall rented the building and ultimately purchased it in 1883. The premises still operate as the seat of the municipality today.

The great structural reforms which led to the current structure were carried out in 1940, as Fernão de Ornelas rose to presidency of the town hall, and were the work of architectures Raúl Lino and Carlos Ramos. The north façade was added and a new tower was built.

Since March 24th 2015, guided tours of Paços do Concelho do Funchal are of the responsibility of the Academic Association of the University of Madeira. It’s a great way to get a feel of the history of the island. Guided tours take place at 11 a.m from Monday to Saturday, though they may take place at a different hour upon prior reservation.

Tours are priced at €3.50 per person. For groups of more than ten people and youngsters between the age of seven and seventeen the price is €2.50. Children under the age of six are admitted free of charge.