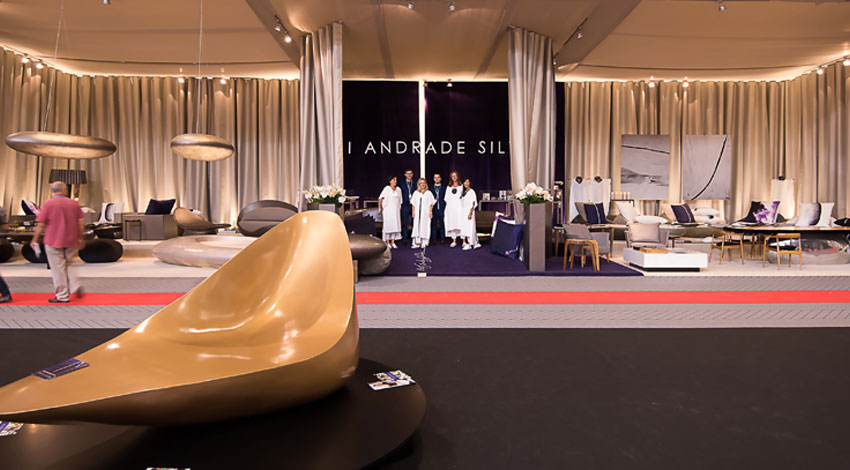 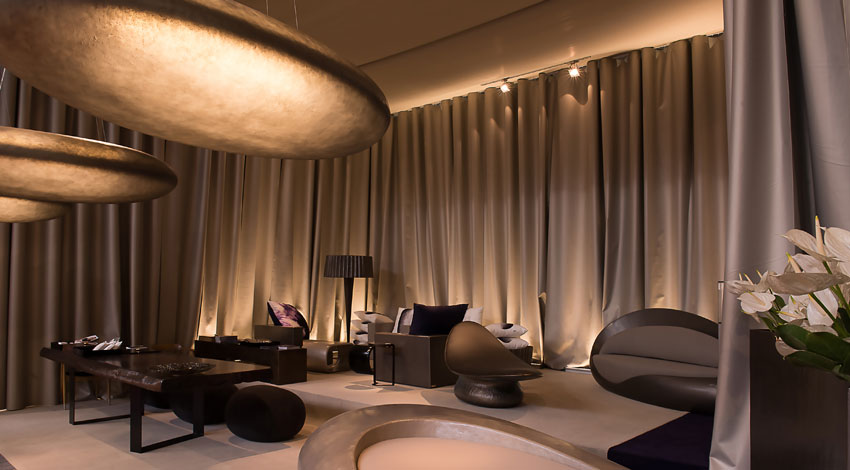 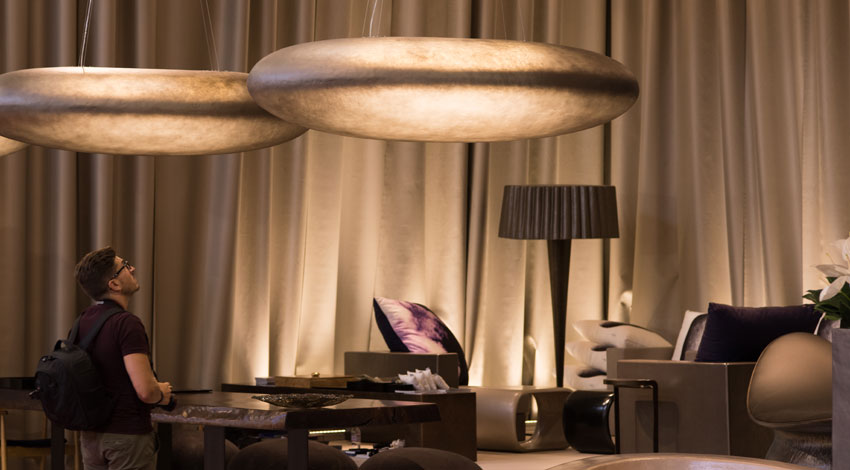 At Maison et Objet, in Nini Andrade Silva’s stand, small pebbles from the coast of the island of Madeira turn into chairs, tables, sofas and other objects that could only have come out of a creative mind.

Once a constant presence at one of the world’s largest international interior designs fairs, Nini has been without participating since 2011. In September this year, and after having opened her Design Centre in Funchal in November 2015, the award-winning Madeiran interior designer returned to Paris, this time, to launch her new furniture collection.

Nini’s design is all about her memories, the memories of her own story and of the history of the island where she was raised. The references to the sea, the waves and the sand dunes of Porto Santo, all are prominent elements in her projects. But a greater highlight is something which is a part of her own creative process, her own personal muse.

The collection takes its inspiration from the pebbles that make up most of the island’s coast, called ‘calhaus’ by locals. Walking over the pebbles were the young boys and girls of the island who would walk barefooted over the slippery stones.

Far from serving merely as inspiration, these memories have birthed a brand ‘Garota do Calhau’, meaning something like ‘the girl of the pebbles’. Guilherme Silva, one of the people working on the project, refers how this is a ‘prestigious’ brand which not only guides this collection but serves also ‘as a symbol of a cause with the purpose of helping those most in need but opening paths to new opportunities’. The birth of the brand is not recent news, it appeared at the same time as another hotel unit was built on the island.

Nini was the one in charge of the interior design of several of the region’s hotels, many of them recipients of international awards, such as the Savoy Saccharum Resort & Spa and The Vine Hotel which, just last September, was awarded the title of Europe’s Leading Island Hotel & Spa at the World Travel Awards.

It was out of the work on this last hotel that the Garota do Calhau Exclusive Furniture Collection came about. During the process of finding solutions for the design of the hotel located at the heart of Funchal the first few collection pieces designed for the terrace started to gain shape. The Pebble Sunlounger and the Pebble Chaise Lounge, elements very clearly inspired in the pebbles of the island are examples of that.

This investment in the production of pieces not only for hotels also came about due to the demands and constraints of the market: ‘We had many customers who would see our pieces at the hotels and came to us wanting to acquire some for themselves’.

In this new collection, ‘the shared focus was on creating a complete line of outdoors furniture composed of sofas, chaise-lounges, tables, poufs’ and other pieces says Guilherme Silva.
In terms of market, the focus is on ‘the American, Arabic, and European’ markets and proposals for the overseas representations of the collection are already underway. The big picture is to sell the collection pieces internationally in luxury markets, ‘such as New York or Paris’, he mentions.

Having operated in the Asian market before, this time the collection will be 100% produced in the north of Portugal. And with good reason, Guilherme Silva stresses: ‘we have excellent professionals with unique artistic qualities in the whole world’ and ‘the quality of Portuguese finishing touches is peerless’.

Those interested in acquiring some of the pieces can so directly at one the designer’s two studios, in Lisbon and in Funchal.

As to what concerns Maison et Objet, Guilherme Silva revealed that the participation in this year’s edition was ‘a huge success’ and he tells Essentials how ‘furniture design has always been a n old passion’ of the designer and how ‘with the opening of the Nini Andrade Silva Design Centre, this was something we definitely wanted to invest on’.

At the fair, it was the new materials, the finishing touches and the interior pieces such as the tables, chairs and sofas, which were the big news.