The Natural History Museum of Funchal hosts an exhibition in the memory of Albert I of Monaco. 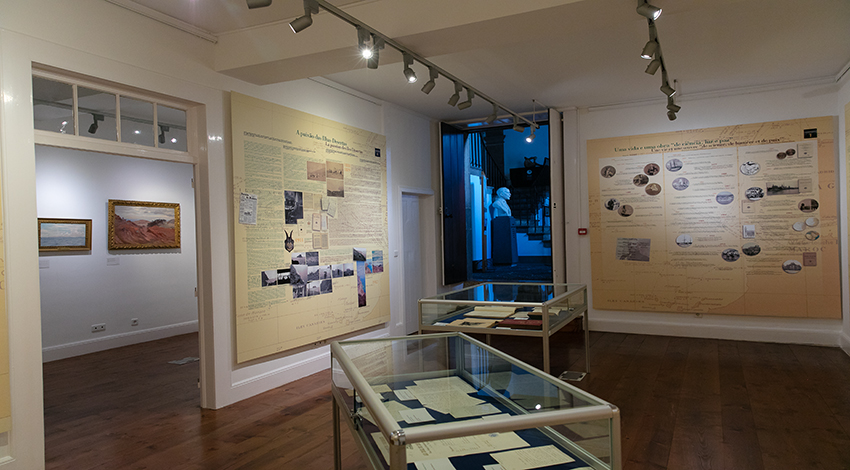 A man of science, light and peace. That is the idea that the Natural History Museum of Funchal is trying to get across to those who visit its exhibit ‘A Prince Explorer – Albert I of Monaco on the discovery of Madeira’. According to Manuel Biscoito, curator for the Natural History Museum of Funchal, this innovative initiative is the outcome of the institution’s cooperation with the Oceanographic Museum of Monaco, the Library Archives of the Palace of the Prince of Monaco. It is a tribute to the Prince’s personal and scientific connections to Madeira.

An eager traveller, he was in Madeira nine times. In of those travels he meets Alice Haine, who he comes to fall in love with and marry, and later who he christens two of his ships. It is also in these more personal visits that Albert I spends his time exploring and discovering, never relenting his positive attitude towards divulging science.

Though not a scientist himself, he is heavily involved in scientific activities and has a hand in the development of instruments. Among his work is his pioneering study of the connection between the atmosphere and the ocean, a phenomenon known as the Azores High, which conditions the weather in Europe.

Though trained as a military man in the Spanish Navy, he believes that weapons are not the way through which to settle humanity’s differences. His yearning for peace has been made manifest in his research endeavours as, aboard his four vessels (the Hirondelle, Princess Alice, Princess Alice II and Hirondelle II) he has always made it a point to have scientists from war-torn countries working together and overcoming the boundaries of nationhood.

The exhibit can be visited until January 7th 2018 and includes original documents from the late 19th and early 20th centuries as well as oil paintings, a six minute film, scientific instruments and some species that illustrate how the visits of this Monegasque Royal were important to the development of knowledge. Also a part of the exhibit are a passport issued by King Charles of Portugal allowing the Prince to visit as well as an original manuscript of his autobiography ‘Career of a Navigator’.