When it comes to drinks hailing from the island, Madeira was missing a gin. But now there is one and it even has a slight taste of sugarcane. 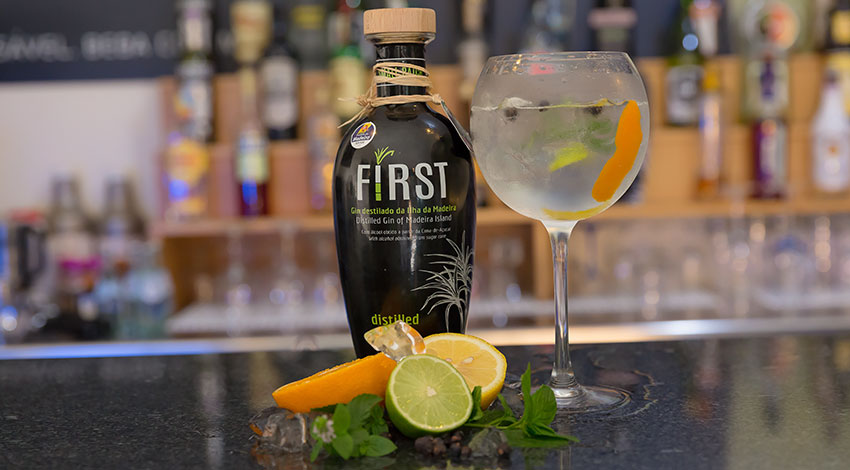 Over the last few years, the gin fad has exploded in Portugal. In the many bars of Funchal, it is quite easy to find a gin list, such is the popularity of this drink.

Its mixing potential is one of this beverage’s pluses, being limited only by the barman’s imagination and the client’s request. Cucumber slices, lemon, lime, mint and coffee beans are among the most distinguished options. There is definitely a gin with an aroma and a flavour for everyone.

Since last august, Madeira has its very own gin, the first to be totally produced on the island. Distilled in Câmara de Lobos, the First Gin has the particularity of being made with alcohol extracted from sugarcane.

‘Records from all around the world show that gin with this kind of origin is really scarce’, says Ronaldo Vilaça, one of the people in charge of the project.

The will to produce this gin ‘came about three years ago but only came true in 2015 since there was a need for an extensive analysis of the market and the product itself’.

Conceiving the production of a Madeiran gin was a challenge since the goal was for First Gin to possess very distinctive traits which would remain even after drinking, thus ‘attesting to its origin’.

The product was launched on the 22nd of August in a collaboration with the Madeira Barmen Association. The start-up phase saw the production of two thousand bottles, distributed amongst thevarious Madeiran authorities. The origin of the brand name, First Gin, is a clear reference to it being the first gin to be produced in the island of Madeira. 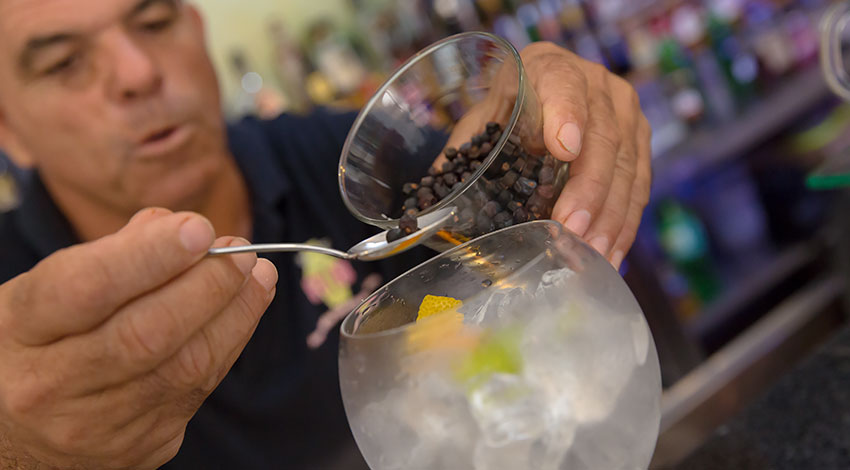 As to its specs, it is a soft and versatile gin, capable of being combined ‘with any ingredient or being tasted “solo”’.

Alberto Silva, president of the Madeira Barmen Association, sees the fact that Madeira now has its own gin as yet another opportunity for the promotion of a local product. He notes how what is so special about this gin is not limited to the alcohol extracted from sugarcanes; there is one more secret. ‘If using sugarcane alcohol were not special enough, employing botanical juniper sure is’, seeing as to how one of the early stages of gin production is the infusion of various spices other than juniper. In this case, only juniper is used.

Though it is a special beverage, using it does not require anything different. Alberto Silva recommends using it in cocktails, from ‘the simplest and most in vogue right now like the gin and tonic’ to other more innovative ones that can be ‘specifically created for the aroma and flavour profile of this gin’, a beverage that sits comfortably in ‘the upper echelon of the market’.

As of right now, this drink is only being sold on the island of Madeira but by the end of the year, it should be available to customers in Portugal and some European Union countries. Ronaldo Vilaça hopes to see First Gin being sold in other continents as well.

First Gin came out of the work of two brothers, Ronado and Joel Vilaça. Right now, as they keep working on promoting and distributing the gin, they are already thinking ‘of new products and new ideas’, perhaps gins with other flavours.