Sugarcane syrup, one of the most typical delicacies in Madeiran gastronomy, considers its organic label as an opportunity. 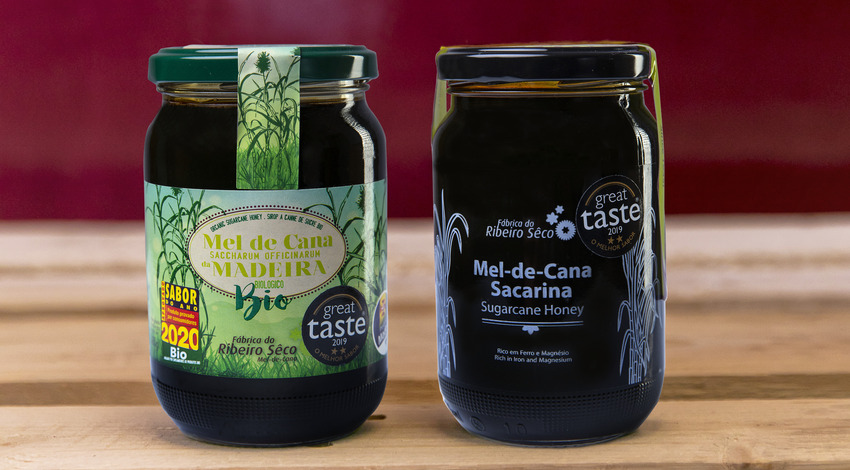 Every year, in April, Fábrica do Ribeiro Sêco transforms around a hundred tonnes of sugarcane into sugarcane syrup. Part of which is organic, a relatively recent approach.

It is the result of a challenge set by João Melim, one of the people in charge of Fábrica do Ribeiro Sêco, for the conceptualisation of a more sustainable and environmentally-friendly product.

'We wanted a differentiated product on the island, which took into account environmental issues and which would be healthier for consumers. Right now, we're the only ones producing this kind of syrup', explains João Melim.

The key difference between organic and classic sugarcane syrup lies not so much in the flavour, but more so in the soil on which sugarcane is grown.

For sugarcane syrup to obtain the label of organic, the sugarcane used must be the product of organic agriculture, in a place where the culture preserves the soil, the environment and biodiversity, without resorting to phytopharmaceuticals such as synthetic fertilisers and pesticides.

When it comes to production, the moment when sugarcane is transformed, there are no secrets, according to João Melim. The process is identical to that which produces the classic sugarcane syrup.

Canes start by being processed through the mills until a sort of juice is obtained. Several processes of purification and filtration follow until reaching the stage where it is boiled and alcohol content is concentrated. Then, the sugarcane syrup is ready to enter the tank which it will leave in packages. The whole cycle takes around 21 hours.

There is, however, one aspect that should be noted. 'When we begin to process the cane, we start first with the organic cane before we deal with the conventional product. That way, we can ensure there is no contamination', clarifies João Melim.

In spite of there being a more widespread awareness regarding the environment, João Melim claims it will hardly be the case that the future of sugarcane syrup will be purely organic.

The truth is that 'sales have increased and demand has grown', and Fábrica do Ribeiro Sêco has attempted that the demand for organic sugarcane syrup be channelled, as João Melim reveals. It will still take an unforeseeable amount of time for the organic delicacy to overtake the classic product. But, in the name of sustainability, that is the path to be followed.