Music, cinema and exhibitions will breathe new life into a renewed space that maintains its ties to the sea. 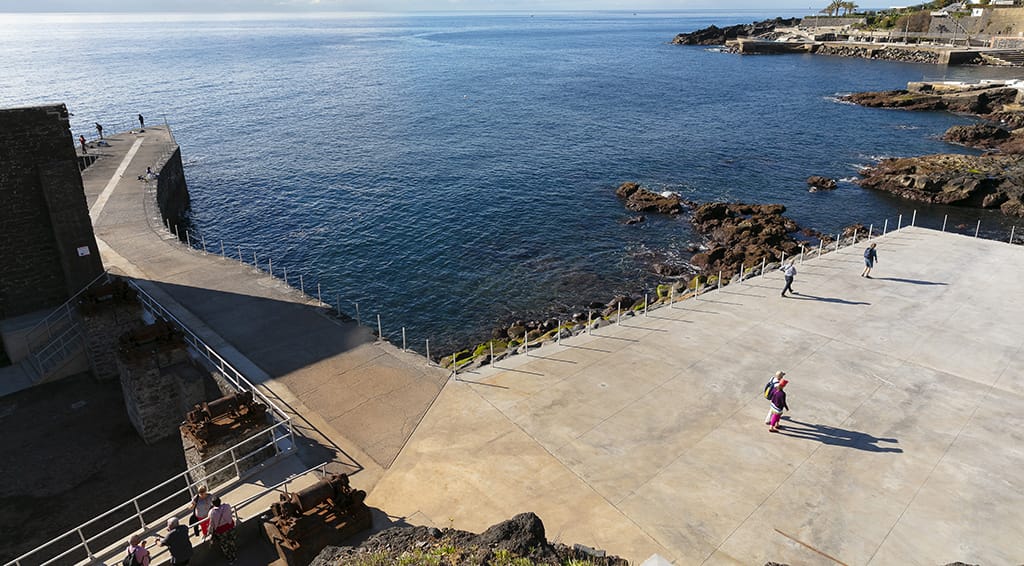 For many years, Cais do Carvão, in Funchal, has long been a destination for amateur fishermen and people passing by, for a jog for instance. The ease of access to the sea makes it a pleasant location. But aside from these activities, there was little else to be enjoyed.
In June 2018, the Town Hall of Funchal decided to make the most of Cais do Carvão and give it a new raison d’être. The renovated space opened to the public in February.

It includes what remains of an old coal storage house, built out of stone in 1903 by the English firm Wilson & Co. Ltd. at a time when vegetable coal was sold in Madeira for fuelling ships.

Paulo Cafôfo, mayor of Funchal, explains how the goal was to: ‘value heritage and culture, turn the space into a place that is attractive to tourists’.

The changes it underwent consisted of repairs to the areas affected by the sea as well as a renovated pavement. The old garage where the hoist used to be stored was kept after the renovation works, as was the old coal wharf. This investment allowed the structure to regain its original functionality as a pier, which will now serve as support for the operations of the Funchal Marine Ecopark.

In many a language, the display inside of the garage tells the entire history of the pier in a time when ships would stop in Madeira to stock up on fuel in the 20th century. The site is surveyed and offers visitor support.

Paulo Cafôfo also wants the space to be used so as to ‘make it possible to collect seawater and build a platform for the neighbouring Funchal Marine Biology Station so live sea animals can be kept all year long, promoting activities to raise awareness for the protection of the natural heritage of the seas of Madeira.’