Known as the Golden Island because of its unique sandy beach, Porto Santo offers a summer full of options, especially for families. 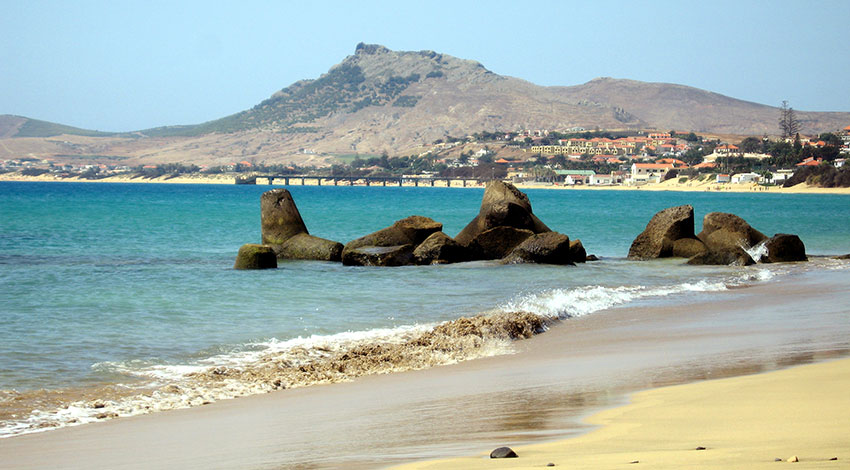 After battling a storm during an entire night at sea, the Portuguese maritime explorers cast their eyes upon a small island with a 9 km yellow sandy beach. Arriving safe and sound upon its shores they decided to christen it as the Island of Porto Santo – Holy Port. Today, almost six centuries later, this small island in the middle of the Atlantic Ocean still retains its tranquil and paradisiac essence as well as its founding name.

The summer season in Porto Santo is well known for its extraordinary atmosphere including the hundreds of locals and tourists seeking the warm weather and sandy beach, highly recognized for its therapeutic properties. The season normally starts around Easter along with the reopening of the hotels which are closed during the winter, but local activity usually increases from the Feast of St. John onwards. The local festivities, which take place between June the 20th and 24th, are one of the largest tourist events on the island. The highlight of this four day event is the popular saints’ march in which several people dressed for the occasion parade the streets to the sound of popular music along with other traditional entertainment. These festivities are extremely popular amongst local population.

From July onwards the influx of people increases and the beach is a lot busier, although the 9 km of sand are sufficient for the five thousand islanders and summer visitors. Throughout the island, one can experience different environments according to the locations, some livelier than others. The beach, together with the surrounding bright-coloured sea, takes centre-stage as the most crucial element of the Island which is an ideal place for families.

The island is served by a hotel complex with a variety of units, from hostels to four and five star hotels. A further hotel will be added to the available options with the opening of Colombo´s Premium, a five star hotel that is being exploited by the Pestana Group which will only provide 100 rooms until the month of October. The full capacity of the resort will only be available from May 2014 onwards. Overall the resort is comprised of 96 rooms, 4 suites, 75 apartments (ranging from T2 to T4) and ten Pool Villas under the all-inclusive regime in close connection with nearby Pestana Porto Santo.

Besides the beach, Porto Santo has several secluded bays, where the only sound one can hear that of the sea. These small areas, not always easily accessible, are a world apart.
The sea is also a source of pleasure during the summer with several proposed activities which include boat trips or visits to Ilhéu de Cima, which included with the rest of islets forms a Natural Reserve. Porto Santo has plenty of different trails and routes to explore, as well as four by four paths. Local travel agencies offer a wide range of options.

In a more holistic approach, one can always take care of the body whilst enjoying some relaxing time at the hotel Spas. The one at Hotel Porto Santo, for example, offers treatments that take full advantage of the therapeutic characteristics of local sands as does Hotel Vila Baleira, which runs a Thalassotherapy centre. Another dominant feature of the landscape is the golf course, designed by Severiano Ballesteros, endowed with magnificent views of the island. Even for non-golfers, a visit to the golf course is almost obligatory.

At nightfall, nothing beats a stroll through the historic city centre, one of the oldest founded by the Portuguese throughout the World. A selection of bars and nightclubs along the beach, in the city or even on the waterfront, are available for those seeking livelier nocturnal entertainment.  During the summertime, the island of Porto Santo becomes a true resort which offers a little something to suit everyone´s needs and wants.