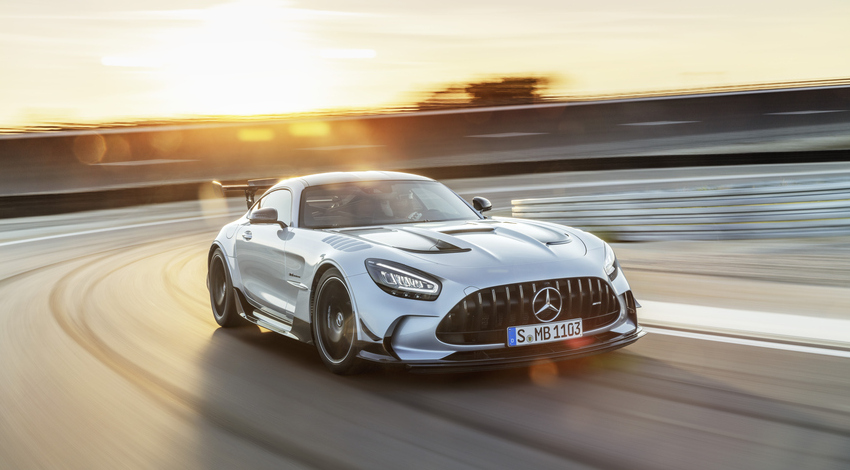 The sixth edition of the Black Series models came in the form of the AMG GT, the most powerful Mercedes V8 ever.

Mercedes' dominance in the Formula 1 World Championship over the past six years has been so significant that, by 2020, the German team will surpass Ferrari's record numbers at the beginning of the century, when Michael Schumacher, Jean Todt and Ross Brawn created what was the most successful series ever in the history of the competition to date.

By the hand of Toto Wolff, the Mercedes-AMG team was able to take advantage of the new rules implemented in 2014, at the start of the F1 hybrid era, and create the best car systematically. With the person that is undeniably the best driver of his generation at the wheel, the Briton Lewis Hamilton, the Germans won all the constructors' championships between 2014 and 2019 and are already leading 2020 by a wide margin. Hamilton also won all driver titles except for 2016, when his teammate at the time, Nico Rosberg, managed to be more regular and finish first.

Inevitably, success on the track dictates success at dealerships, and Mercedes found more than 132,000 customers for AMG models worldwide in 2019, a figure never before achieved and which demonstrates that the millions invested in Formula 1 are generating huge revenues.

And now there is a new flagship of an AMG in its purest state, of an AMG as a preparer of vehicles for competition and road vehicles that break barriers and push the limits further. There is a new Black Series, the name chosen to identify the most extreme versions of automobiles that were no longer suitable for Sunday trips.

The AMG-GT Black Series is the distillation of all the know-how of some of the best automotive engineers in a car made for the track but approved to take on a license plate and be driven from home to the circuit.

Heir to a lineage of truly special models that quickly gained a place of worship among those passionate about speed, the new Black Series is equipped with the same turbo V8 from across the AMG GT range, but now with a huge horsepower of 730 – which makes it the most powerful Mercedes V8 in history (as well as the fastest, at 100km/h when using the Race Start function, achieved in a mere 3.2 seconds, and 200km/h in less than 9 seconds). It goes from there to a top speed of 325 km/h in the blink of an eye, greatly helped by the fabulous dual-clutch transmission and seven speeds.

But to drive on the track, power isn't everything, and this GT Black has undergone an intense aerodynamic development based on the AMG GT3, the competition version of the model. The new front air intake optimises air circulation, the front spoiler is adjustable and even the side skirts have air intakes; the rear diffuser has been redesigned and the huge split rear wing adjusts up to 20 degrees.

Carbon fibre is not only the material of choice for the bonnet, roof, and boot lid, but also for the supports and transmission shaft, and structural reinforcements in the body. The rims are forged, the carbon-ceramic brakes and even the windows are thinner than the rest of the range to reduce the weight of the set.

The cabin has specific elements in Alcantara and orange backstitch and can include racing seats and the AMG Track Package, which adds four-point seat belts, a fire extinguisher, and a titanium rollover system. Just in case there are still doubts about how serious this Mercedes is.