Nowadays it is known as the Nini Design Centre, the most recent embodiment of one of Funchal’s most eye-catching buildings 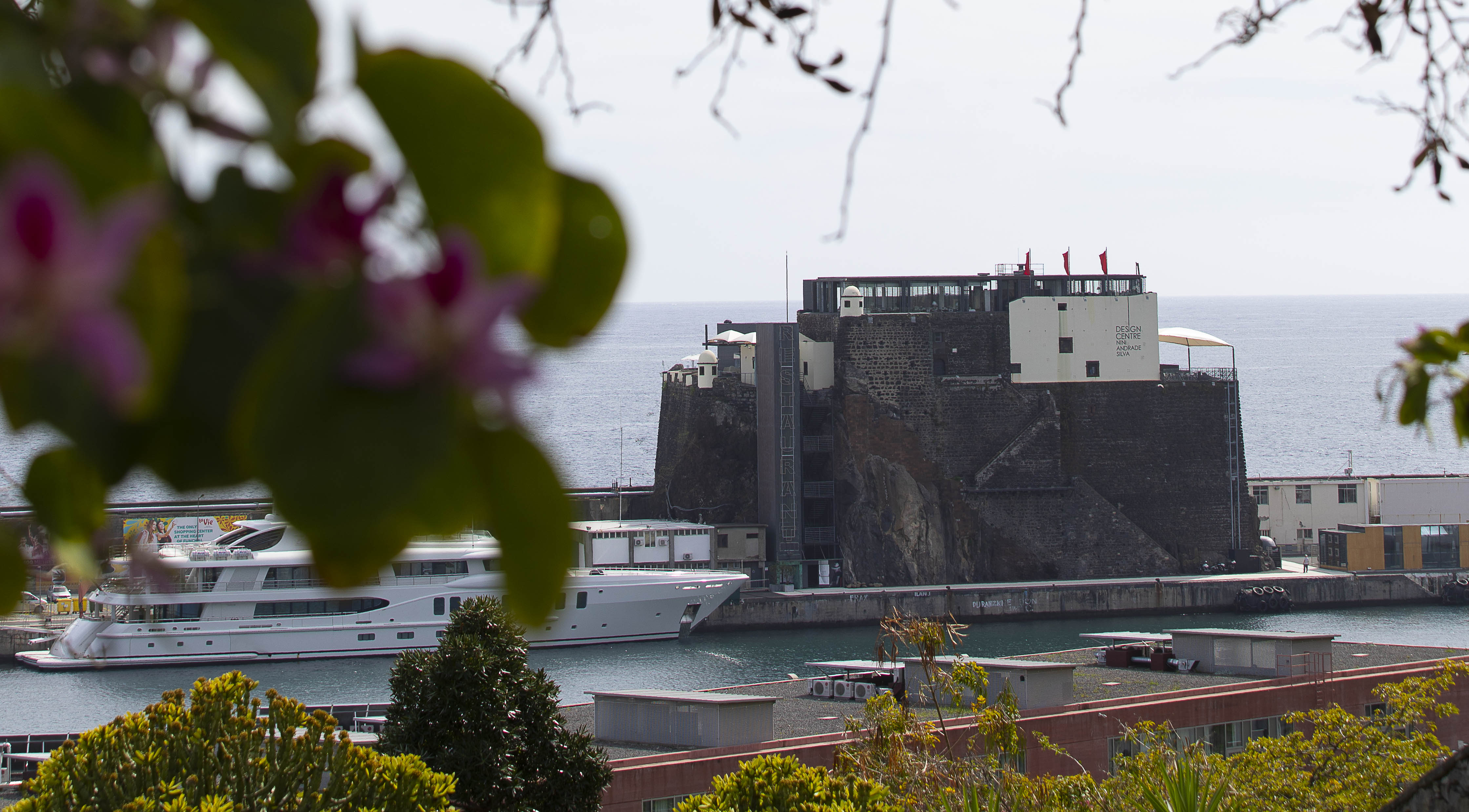 The islet fortress, also known as the Fort of Our Lady of the Conception, in the islet known as ilhéu Grande, in Pontinha, came about as a means to improve the defences of Funchal and protect trade at the harbour from pirate attacks.

There had been a need to build a fortification since the mid-15th century but only about 100 years later, in 1654 did the construction works actually take off, with a blueprint authored by Bartolomeu João, the royal master builder. The fortress, initially round, worked as a registry for vessels arriving at the port of Funchal.

In 1670, the fortress garrison requests that a chapel be built, which is edified with a cistern in 1687. In 1703, it is determined that a new shape be given to the fort, so it can house more artillery.

In the mid-19th century, improvement works are carried out and a large storehouse is built and a crane installed. Late in the century, the harbour’s wall is amplified now connecting the islet to Madeira. It is in the 20th century, with the port amplification works, that the inside of the islet is drilled, creating a tunnel that, still today, allows one access to the remainder of the pier.

In the 1950s, the fort is occupied by military who enlarge the existing buildings, the barracks and the command building, a function which comes to an end in the 1970s, marking the end of the fortress’s long military career.

In 1992, the building is handed over to the Autonomous Region of Madeira, who launch a renovations project led by architect José Luís Meneses, winner of the Tow Hall of Funchal’s Heritage Recuperation award in 1998.

Back then, one of the first new concepts to be explored in the space was a restaurant, the firs in a series of attempts to dedicate it to food and night life.

The most recent rehabilitation works have left the islet looking like it does today. Part of the previous phases of construction has been preserved.

The site now houses the Design Centre belonging to the renowned Madeiran interior designer Nini Andrade Silva, featuring an exhibition area and a restaurant. The view of Funchal is one of the very best. One can see the entire bay and amphitheatre which make Funchal a recognisable city.