Two hotels with very little in common are the most recent display of creativity by Madeiran interior designer Nini Andrade Silva in Funchal. 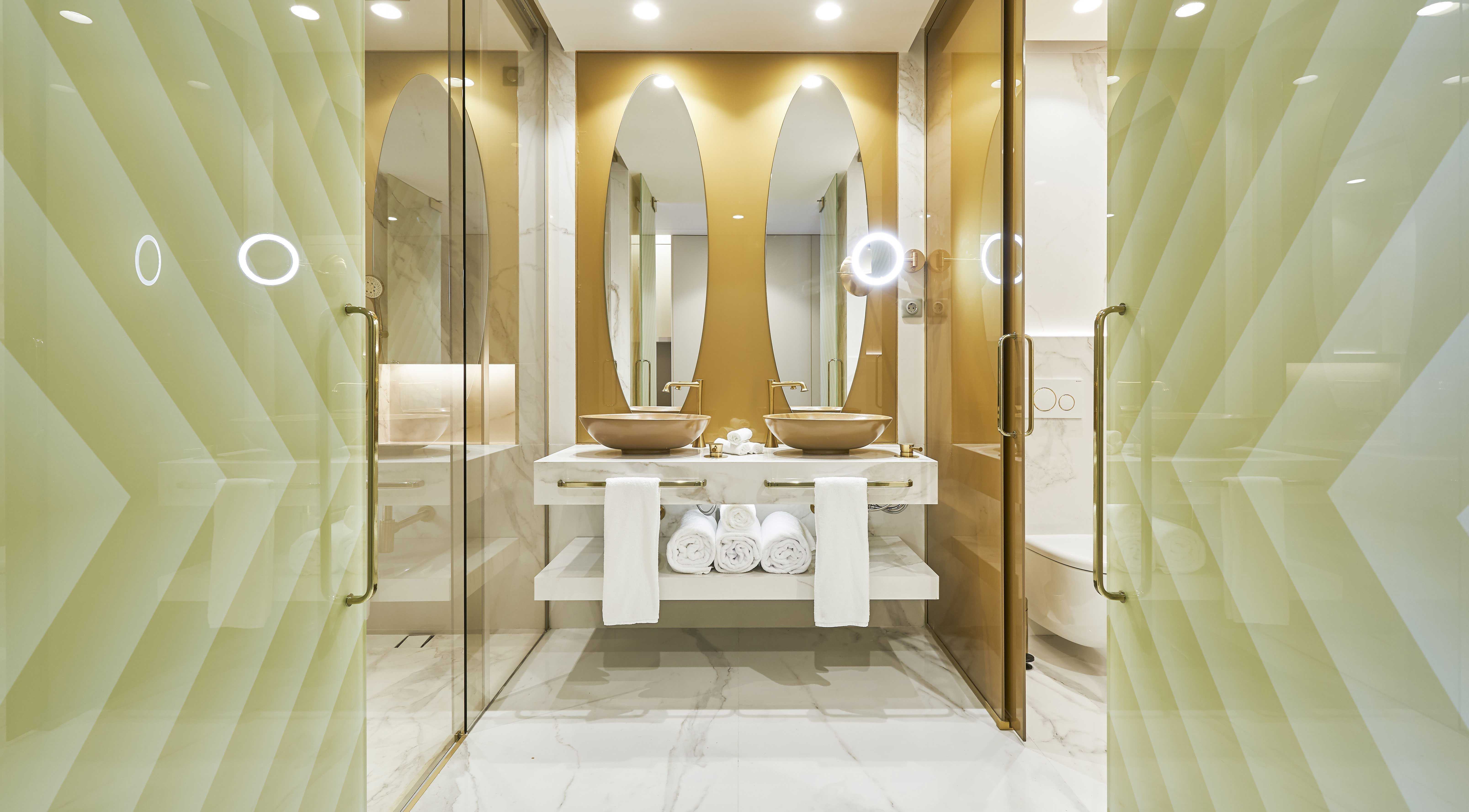 What do the Savoy Palace and Le petit Hotel Caju have in common? Almost nothing apart from their being in the same city, Funchal, and being the most recent projects of renown Madeiran interior designer Nini Andrade Silva in her hometown.

The décor at the Savoy Palace is inspired in the Belle Époque. At Le Petit Hotel Caju it is the versatility of the space that is foregrounded. ‘These are completely different projects’, Nini Andrade Silva tells Essential, while at the same time noting that ‘we manage to feel the same greatness in both, because it’s not about what you see but what you feel’.

The Savoy Palace at Avenida do Infante does not go unnoticed, were it not Madeira’s largest hotel. The décor recreates the inheritance of over a century of history of the Savoy brand in Madeira. It is a ‘modern classicism adapted to contemporaneity’, explains the interior designer.

The décor was ‘completely inspired in the art and culture of Madeira in total harmony with the natural resources of the island’ fusing with the Belle Époque and harmonizing the natural heritage with the intangible one introduced. ‘Entering this hotel is like stepping into a different world, with a highlight to the importance of the creative concept that took hold of the space as a whole’.

Nini Andrade Silva highlights the presence of elements connected to Madeira like old levadas and tunnels, Madeiran embroidery, wicker and Madeira wine throughout the whole hotel. The interior design project emphasizes Nature. From the main great hall with a view of the garden filled with native and semi-tropical species, waterfalls and levadas in all the communal areas of the entry floor.

There are old photos alluding to Madeira, seeable from the communal areas, that can easily become a topic of conversation among guests.

At the reception, all eyes turn to the great chandelier and a large mirror that contribute to create the illusion that the space is wider.

Bright colours dominate the communal areas, with sinuous curves in the shapes of plants, animals and women, which are complemented by Art Noveau ornaments.

The other hotel unit given shape by the inspiration of Nini is the 4 star Le Petit Hotel Caju by The Vine. It is located in the corner between Rua da Carreira and Rua do Surdo in a renovated historical building which, because of that, has been endowed with an ‘air of youth. It is an urban hotel, relaxed, comfortable and super trendy’, considers Nini Andrade Silva.

Because the building once housed a grocery shop named Caju, the interior project was ‘inspired in the old grocery shop with exclusive details and whose expressivity is felt through a game of the senses’, she explains. 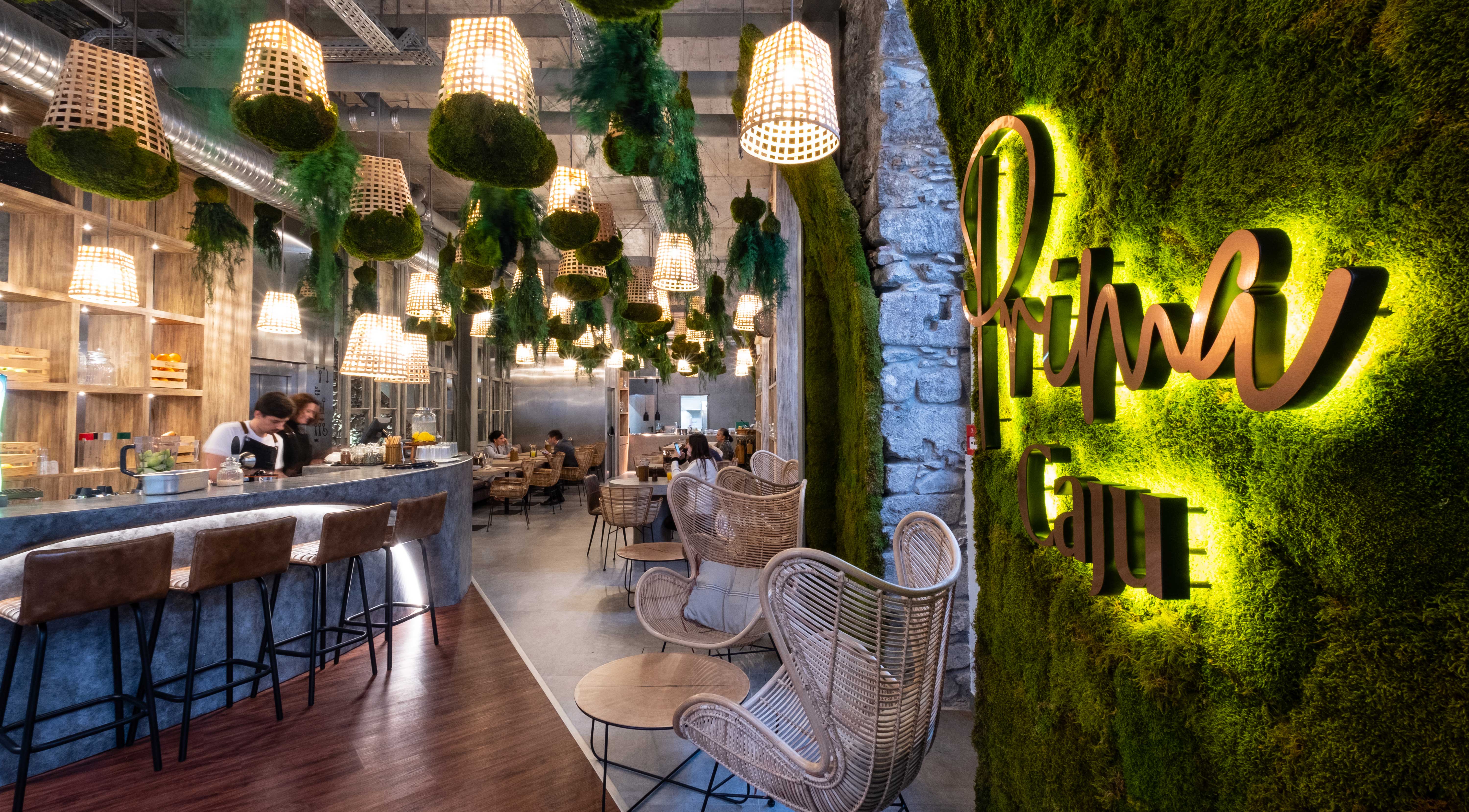 The reception and hotel are an open space that allows free circulation and gives off the impression of having more space. Stone walls and concrete slabs were left visible to the naked eye in several parts of the building.

Nini’s touch can be felt in the communal bathroom. The lavatory stands out for having the shape of two cashews divided by a mirror that separates the genders.

In the bedrooms, there is a contrast between the materials. Concrete and stone, wood and textiles. Marked by the same theme of the whole hotel, the choice of colours is neutral blended with some details in brighter colours. Here, the bet was on the comfort of the furniture, tapestry and lighting.

And if it may sometimes seem as though it is difficult to find such disparate ideas and inspiration, Nini Andrade Silva makes it look easier: ‘The inspiration was born with me. In reality, it is easy because it is an exercise that I practice twenty-four hours a day! It came with me to the world and lives in me!’.