The city’s rhythm can be experienced in the historic street Rua Dr. Fernão de Ornelas, built back in the 1940s. 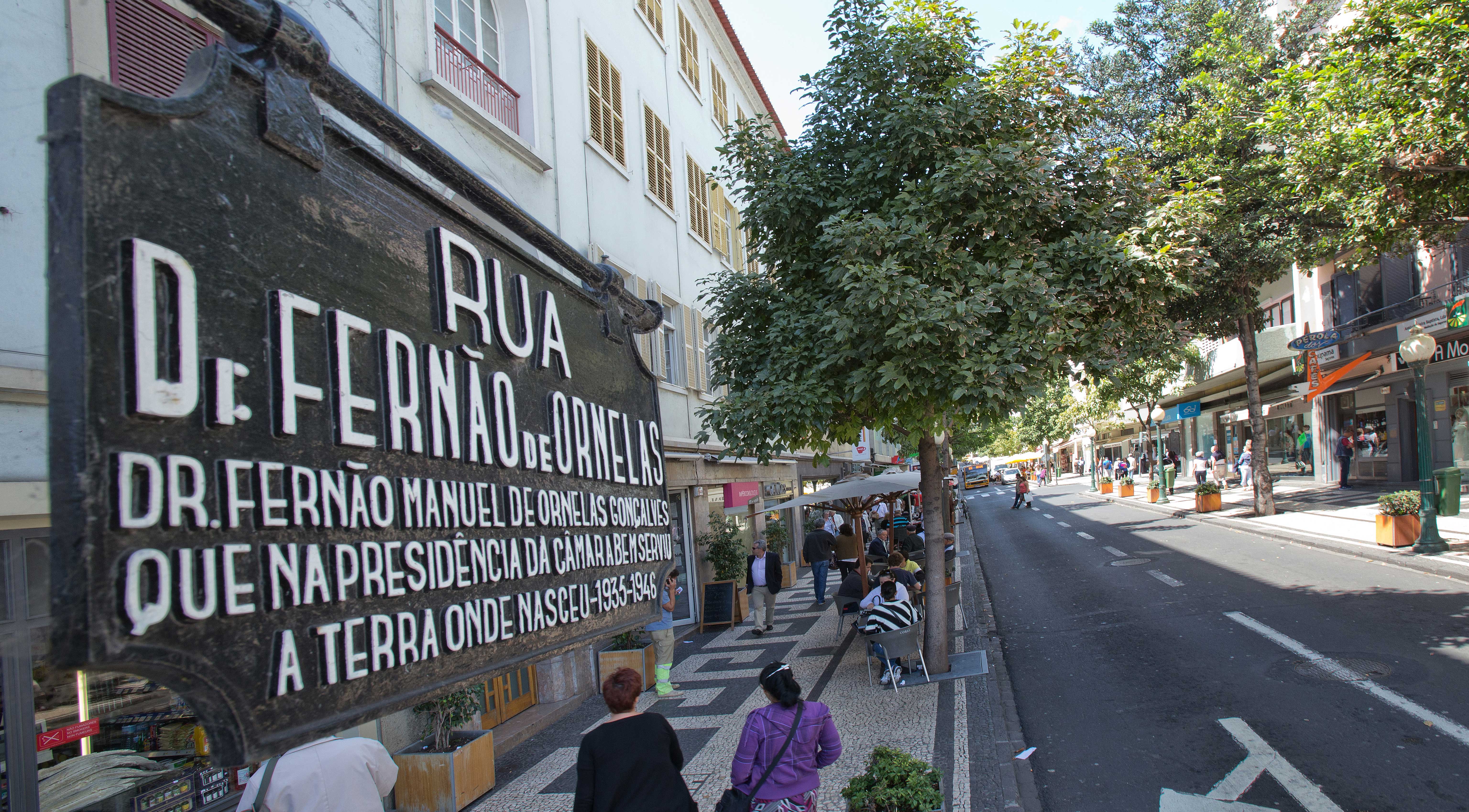 Rua Dr. Fernão de Ornelas remains one of the most iconic and busy streets in Funchal. It owes its name to a major former mayor of Funchal called Fernão Manuel de Ornelas Gonçalves, who was in office from 1935 to 1946.

It starts at Largo do Phelps and ends at Rua Visconde do Anadia with the widely famous Farmers’ Market well in sight. When it was opened, the street’s name made explicit reference to the ‘Mercadores’, the farmers. Sometime later, so as to pay tribute to a politician who had been in charge of very many construction works that modernised Funchal, its name was changed to Rua Dr. Fernão de Ornelas, a name it has kept to this very day.

Its execution in 1940 required the demolition of the pre-existing street, Rua do Medina, and of the small block that existed where now is Largo do Phelps. Still from that time remains the arch connecting Rua da Cadeia Velha to Rua Direita, which together with Rua do Seminário were the main streets granting access to this part of town. 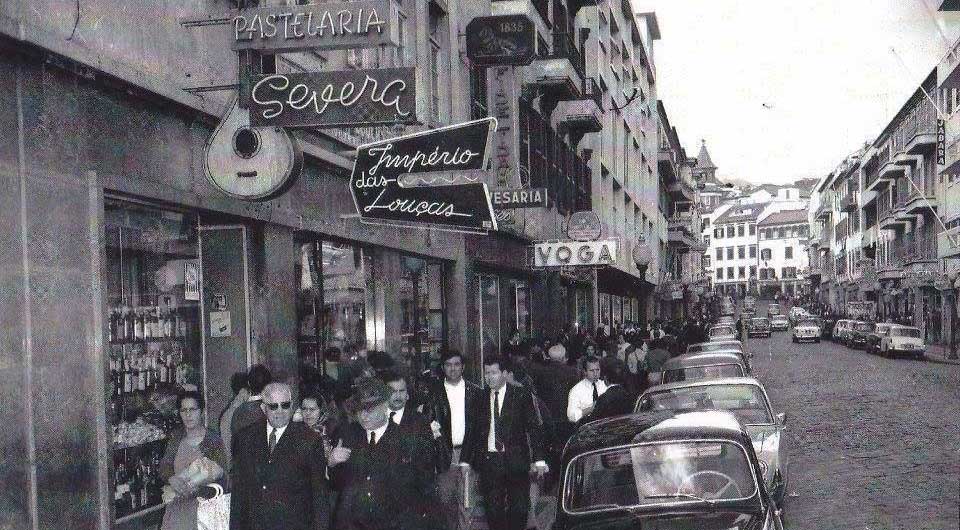 This new street was meant to connect the city’s administrative and commercial area with the zone where a key resources had been built such as the Jaime Moniz secondary school and the Farmers’ Market. Street Fernão de Ornelas became a major place for commerce.

However, in May 2019, this street, which used to be one of the city's main traffic arteries, was remodelled, and closed off to vehicles. In terms of the actual changes that came out of these renovation works, there was a visible increase in sidewalks, and what used to be tarmac for cars was turned into pavement for people to walk on. The Town Hall of Funchal undertook these changes to make the town more accessible, offer more quality of life to residents and make the town more attractive to tourists thus bolstering local commerce. 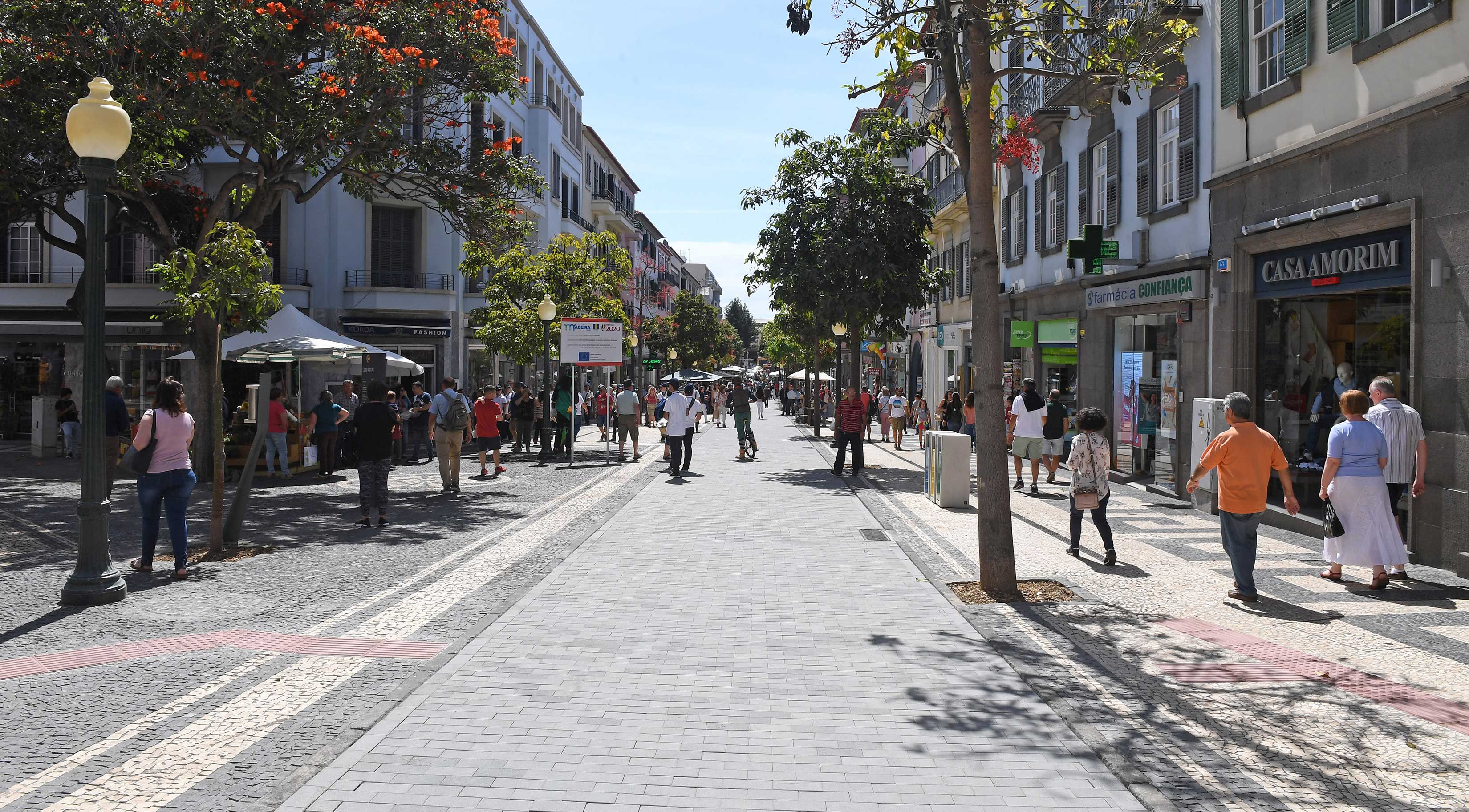 Formally, it shows great coherence. Architecturally, it possesses the hegemony of a style known as ‘Soft Portuguese’, going back to the time of the dictatorship. The heights of its different buildings are homogeneous with a few dissonant elements placed here and there. No. 35 illustrates these dissonances very interestingly. Its language takes on a more modern and contemporary outlook while at the same time fitting in by having the same height as the other buildings in the street.