Two products with centuries' worth of history which have known to adapt to the times and help to project the name of Madeira in the world. 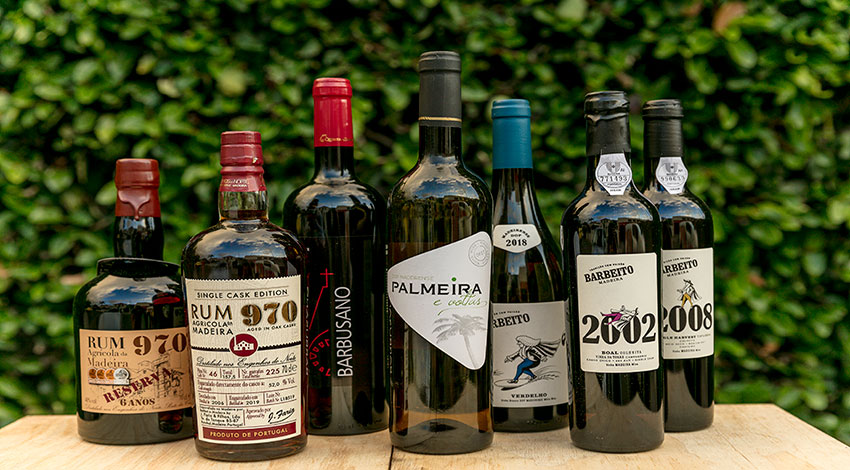 Two beverages came into existence almost at the exact moment in History of Madeira: wine and rum. The production of both dates almost as far back as the 600 years of human presence on the island. The wine is world famous. The rum has steadily come to attract more and more international notoriety.

Both are part of a set of Madeiran quality products which the Madeira Wine, Embroidery and Handicrafts Institute (IVBAM) is promoting through several initiatives. The most recent one is a Christmas and New Year's which appeals to visitors as well as local customers.

The campaign includes the so-called still wines (red, white and rosé), as well as sparkling wines. Though these are but children when compared to the traditional fortified wines, they have started to make a name for themselves as they gain more quality. Even then, over a dozen producers work to add the table wines to the selection of famous Madeiran beverages.

Joining Madeira wine with rum may seem like a paradox, and these drinks are indeed different. Madeira Rum is often compared with the World's best cognacs. Madeira wine has unique features that result from its heat-based ageing. And that is why it is unique in the World!

Wine and rum are very much a part of Madeiran culture. Madeira wines as aperitives or digestives. Rum as a digestive, or as an alcoholic basis for the famous poncha of Madeira.

Madeira's first vineyards were supposedly planted in the 1420s, upon the arrival of the first settlers. Wine was part of Mediterranean culture and its incorporation into the first island to be settled by Europeans on the Atlantic just came about naturally. But it was common wine, and of not notable quality, meant to be consumed by locals.

The birth of rum production happens almost at the same time. The first sugarcane grinding mills date back to 1450. Back then, the first sugarcanes had already grown and Madeira was about to start a cycle of economic growth due to the sugar industry. Rum was a subproduct.

Reports from the early 16th century attest to the quality of the malmsey grape variety grown in Madeira. But it is only in the second half of the 17th century that wine becomes a decisive culture. By then, it had already been discovered that barrels in the decks of ships subjected to voyages through warm areas improved in quality.

Fortified wine from Madeira intentionally sent on voyages thus rose to fame. As it survived and improved in the voyages, the wine became a reference in North America and Europe. The production technique evolved as well.

Conversely, rum remained throughout the decline of sugarcane culture in the 17th century though it was only produced for local consumption. It is only from the second half of the 19th century onward that production started to gain economic importance in Madeira. It also served as means to make it up for a period marked by cycles of crises in the vineyards, as well as an opportunity to create a new economic activity.

Madeira Rum also started to evolve around that time. Several producers used casks which had been previously used to age wine to store rum for several years. The amount of aged rum increased and many producers started gathering reserves, which helped to launch a new phase for Madeira rum.

This phase seeks to take advantage of Madeiran History and tradition in the production of this distilled beverage. But the quality is also acknowledged. More and more rum is aged and batches are placed in bourbon or whiskey casks for years.

The 'Madeira Rum' protected geographic indication (PGI) was created in order to set rules in place and safeguard the method of production as well as to define the criteria for the release of rum aged 3 years, or reserves aged for 6, 9, 12, 18, 21 and 25 years.

Wine in Madeira also has a PGI and one of the oldest regional demarcations in Portugal: the Madeira DOP. It is also through this means that the criteria for the release of differently aged wines are established, be they 5, 10, 15, 20, 30, 40 or over 50-year-old wines, or harvests from specific years, known as vintages. There is no shortage of history to these products. And neither is there a lack of options. It is all a matter of choice!