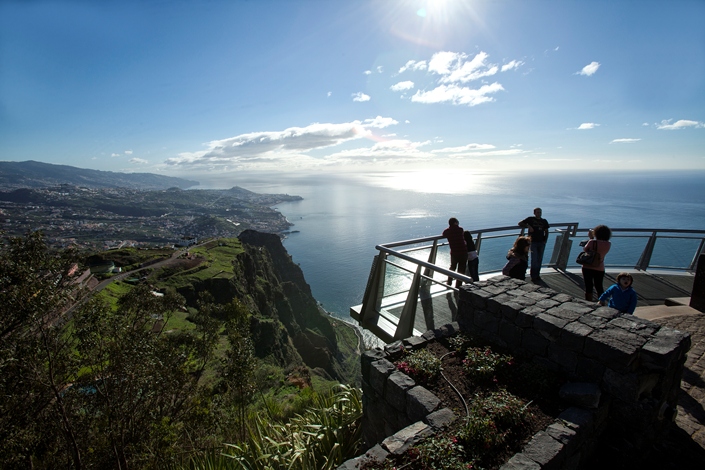 On the list of tourist attractions in Madeira, Cabo Girão is probably one of the oldest and best known on the island.

Located around 580 metres above sea level, the popular look out now has a new feature of a steel viewpoint with a glass floor allowing for amazing panoramic views of the sea and beautiful terraced fajã lands of Cabo Girão located just below.

As well as the new viewpoint there have also been improvements made to the parking, access and commercial spaces at Cabo Girão. All of the changes are intended to improve the overall experience for visitors coming to admire some of the best views of Madeira at the site which is visited by up to 3,000 people each day.

From Cabo Girão not only do you have unrivalled views across the sea, you also have a unique view over much of the southern coast of the island of Madeira and this is a fantastic place to visit anytime of the day thanks to its trajectory allowing constant sun.