One of Madeira’s most popular tourist events returns in February. 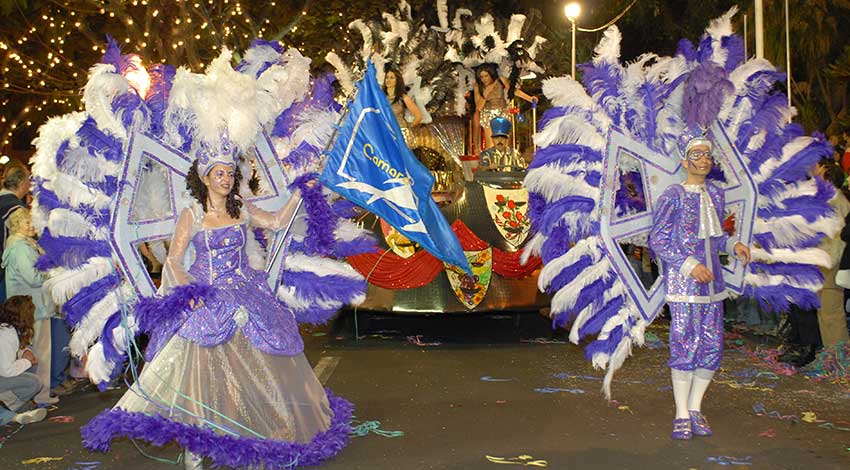 Carnival is always cause for lively entertainment in Madeira. In 2020, it happens from February 19th to March 1st, with non-stop entertainment filling the downtown of Funchal.

The highlight is the great allegorical parade, happening on the eve of February 22nd. Floats, music and over a thousand dancers in full costume take over the streets, from Avenida Sá Carneiro to the end of Avenida do Mar. This Madeiran tradition is the key attraction in the Carnival programme, which brings tourists over to the downtown of the city, infecting all who watch the parade with plenty of liveliness and glee.

Some locals also take it as an opportunity to venture in the streets in their costumes, and continue to party through the night in other venues, decorated to allude to Carnival motifs like Hippie night and Drag night, among others.

Another parade deeply rooted in Madeiran popular culture is the Trapalhão parade. Always scheduled for Shrove Tuesday, this year on February 25th, in Avenida do Mar, this is a more traditional parade, satirizing current events from all areas of society, including politics. A more relaxed and casual event offering one a good laugh.

Other initiatives are also included in the programme, like Festa dos Compadres on February 15th and 16th, in Santana; Solidary Carnival and Children’s Carnival, among others.
newsletter