Always connected to the art of fishing, the Xavelha boats are also a tourist attraction and a reason for a sailing trip. 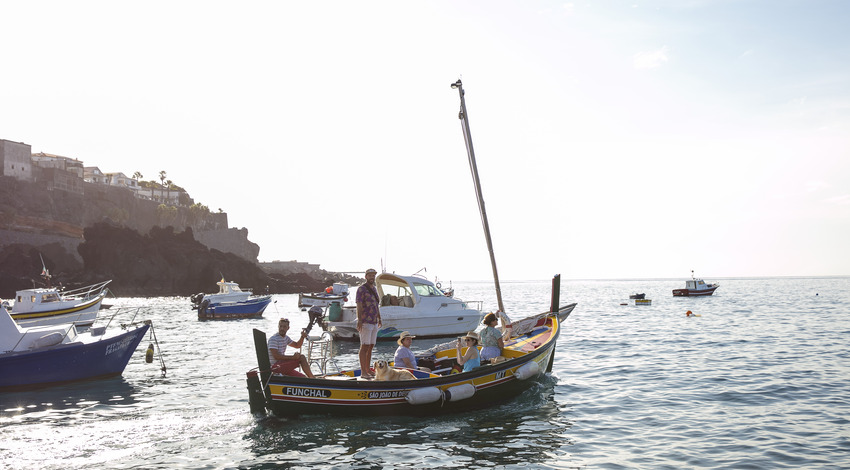 In the 1940s, the town of Câmara de Lobos saw the birth of a small community on a small isolated rocky area known as the ilhéu, meaning islet, where most of the fishermen and their families settled. 60 years later, the borough was demolished and gave way to a garden with a view over the ocean.

Nowadays, in Câmara de Lobos, there are still some Xavelhas - the name given to fishing boats - which offers the bay a special charm. However, there is one that stands out from the others due to its use. Built in 1936, the São João de Deus has long since left the fishing trade.

Futre Veríssimo, one of the captains, explains the various stages of the São João de Deus, which was once a tuna and swordfish fishing boat and, years later, represented Madeira at the Expo-98 - International Exhibition, held that year in Lisbon, making the crossing between Madeira and the Portuguese capital.

After a few years of inactivity, Futre Veríssimo's boat now offers tourist trips departing from Câmara de Lobos. "We are talking about a village where every family had one or two fishermen. This is our way of honouring these people so that sharing the story of Câmara de Lobos" never stops.

The São João de Deus is around eight metres long and can accommodate ten people. At the moment, tours are being promoted in which one can see the sunrise or sunset on high sea. This Xavelha also serves as a sea taxi during the day, sailing through Fajã do Rancho, Cabo Girão, Calhau da Lapa and Fajã dos Padres.

In Madeira, the name of the typical boats of Câmara de Lobos has so much meaning that informally it also ends up nicknaming someone from this area, in the outskirts of Funchal city.

Last July, the so-called ilhéu of Câmara de Lobos recovered part of the mystique connected to the fishing arts, with the introduction of a new sculpture.

Named Coroa do Ilhéu, it is a traditional Xavelha boat, designed by the Madeirans Rigo 23 and Bailinha, and, like Futre Veríssimo's boat, it seeks to pay tribute to the fishermen and to what was their livelihood for many decades.