The Sixteenth Century Market returns to Machico in June, after a two-year hiatus 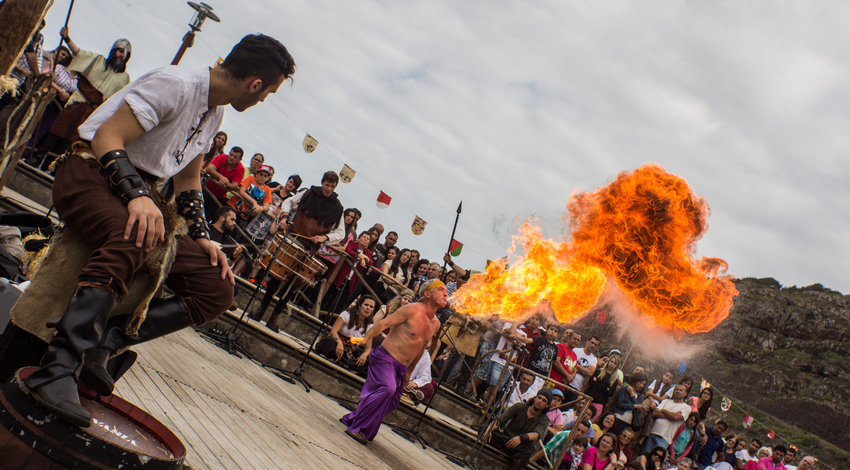 Ricardo Caldeira, one of the organizers of the Sixteenth Century Market, says that after two years of pandemic crisis "it's time to move forward and believe that together, like the phoenix in the coat of arms of Tristão Vaz Teixeira, first Captain of Machico, it's time to reborn".

It is with this spirit that the XV edition of the Sixteenth Century Market of Machico is being planned, organized by the Primary and Secondary School in collaboration with the Municipality, for June 3, 4, and 5.

The return consists of three days of the re-enactment of the collective experiences of the sixteenth century and will have as its theme "Water, Blood of the Earth", with emphasis "not only on the importance of this resource in the origin of life but also in its condition of the element of 'purge', which invigorates and allows us to continue", explains Ricardo Caldeira.

There will be about 1,200 participants, dressed in period costumes. Machico will host several themed areas, such as the Merchants Street, with school tents with various products, the Crafts Route with handicrafts, the Bodegas Square with typical gastronomy, the Moorish Camp, the area for horse tournaments, a games and entertainment area, as well as exhibitions.

The entertainment will be provided by about 50 groups, with 600 participants who will perform musical and theatrical moments. The highlight of the activities will be the usual landing of the historical characters in the bay of Machico on Saturday.