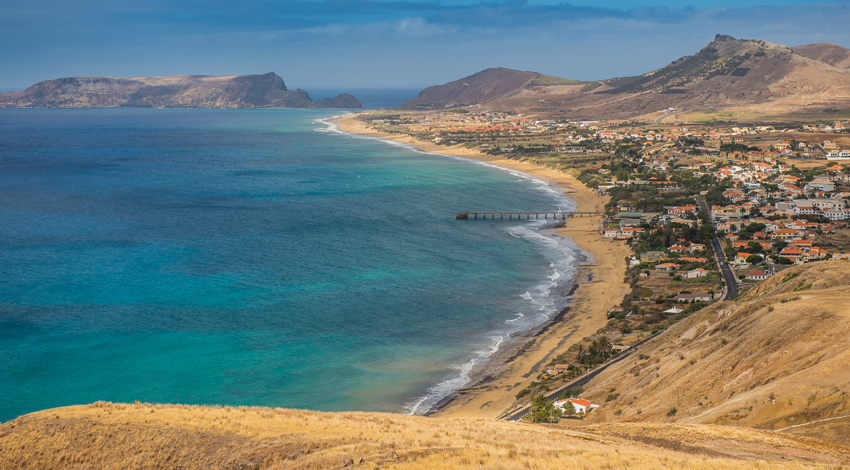 It was the first Atlantic island to be reached by the Portuguese in 1418. Porto Santo is the cradle of Portuguese nautical discoveries.

The island where Christopher Columbus will have lived for some years in the 15th century is ‘older than Madeira’. Its ‘oldest rocks are 14 million years old’, the most recent ones being about ‘eight million years old’ says geologist João Baptista.

Its golden sand is the island’s biggest trademark. They spread along a distance of fifteen hundred miles and are the reason why Porto Santo is known as the golden island.

Described as being little abrasive, due to the small ‘size and rigidity of the grain’, João Baptista adds that this sand ‘has the capacity to retain large amounts of heat’.

These properties have ‘allowed it to be used in therapeutic and medical pursuits’ in all kinds of ‘treatments and therapies using sand to treat skeletal diseases’ a topic to which João Baptista has dedicated years of research.

Treatments involving sand are offered by local hotels. But using the beach for bathing purposes blends relaxation and leisure. Other than the beach there are also trails, diving, the historic centre and a good round of golf.