Hitting the beach at the end of the day. Going for a walk or a round of golf on weekends. Such is the digital nomad life in Madeira. 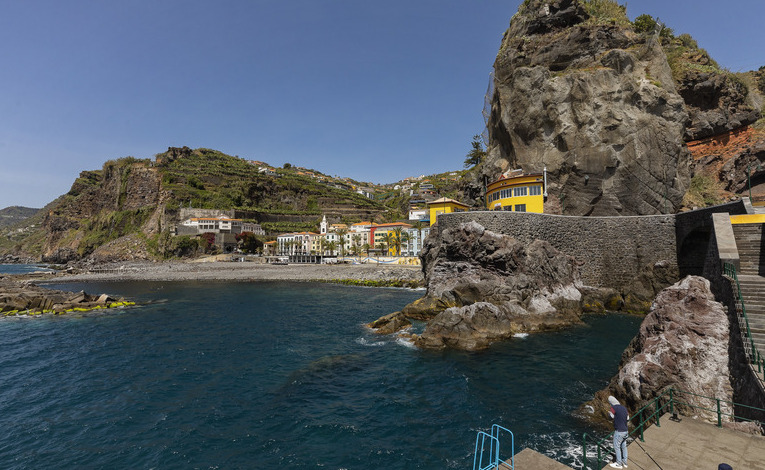 It was in December that Andrej Raider, a community manager born in Russia who lives in Germany first learned about Madeira.

Raider is afflicted by seasonal affective disorder, a mood disorder brought about by lower exposure to sunlight that can happen in certain climates. 'Normally, I can find activities that work as a means of abstraction from my need of sunlight, but with everything closed down in Germany, it was difficult to abstract myself', he explains.

Via a quick online search, he discovered that in the Madeira archipelago it is possible to sit down and drink in the sun. He came for a week on Holiday but by the third day, he had already made his decision. His seat on the return flight would be left vacant.

He moved from Funchal to Ponta do Sol in late January and found there what was missing from the island's capital: 'I had the sea, the sun, and commercial spaces, but in Ponta do Sol, things went next level. I found a community', he explains.

On February 1st, Ponta do Sol officially became Europe's first digital nomad town, offering co-working facilities for any who wants to work there. Since then, what began as a small community has extended to other municipalities in Madeira.

'When I first came here, there were around 20 of us and now there are hundreds, I got to meet everybody who was here in the first week but now I probably know only about ten percent', Raider admits with a sense of whimsy. 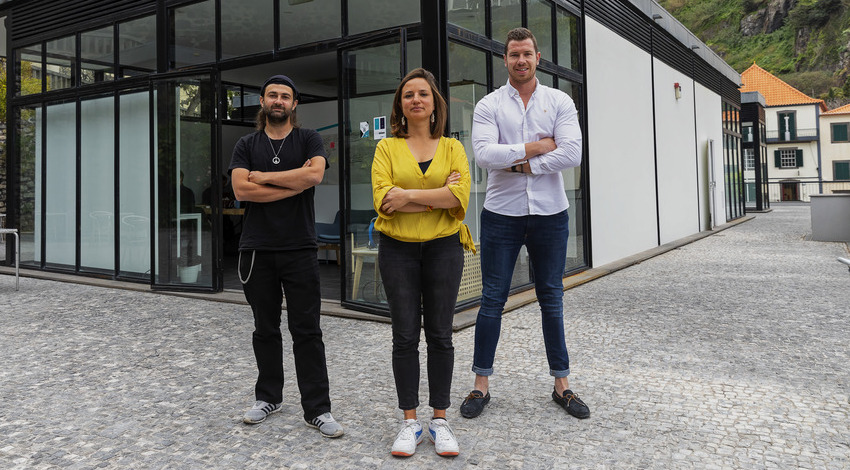 Daniel Heffernan, an Irishman working for an American financial consultant was part of that first group. Back in Ireland, he became aware of the project via a promotional video. An hour later, he had already booked his travel to Madeira. 'I wanted a place with better weather, fewer restrictions and where I could enjoy a better lifestyle', emphasizes Heffernan.

In Madeira, he revived some habits long thought lost: he goes to the gym in the morning, sits in the esplanade at lunchtime, and goes for a late afternoon swim in the pebble stone beach of Ponta do Sol.

Though they do enjoy what the island has to offer throughout the week, it is on weekends that Raider and Heffernan fully take the time to explore the island, in the company of members from the nomad community.

'People who get here are on the same journey as us. They want to explore the island and share in the same experiences', explains Heffernan. Since he has been on the island, he has already walked about 15 trails, ventured paragliding, and made his golfing debut, last march.

But the activities on offer are multiplied every week by Slack – an app on which one can create groups and exchange messages. It is the privileged means of communication for digital nomads residing on the island.

The method is always the same. Someone proposes an activity on the channel in the previous day and any who are interested reply. That is how they organize themselves to visit other parts of the island, to surf, to dive, to meditate and do yoga, or just to go for lunch.

Piera Mattioli, an Italian-Argentine working in the field of design reveals that the programme has surpassed her expectations. However, it is in the community and the group activities that she sees the advantage of the Nomad Village.

'I think the island and Ponta do Sol are magnificent, but a space can only grow with a community. We've got interesting people here, with interesting Jobs and I'm curious to discover what's coming next', Mattioli says.

On the island since February, this Italian-Argentine has already extender her stay until late June. Her initial plan was to stay for only two months.

Raider, Heffernan, and Mattioli came to work in Madeira for its climate, outdoor activities, and lighter restrictions. But they found here something they had not been expecting. A sense of community that transcends the co-working space.