The event’s 2016 edition, to be organized by Estalagem da Ponta do Sol, maintains its eclectic approach. 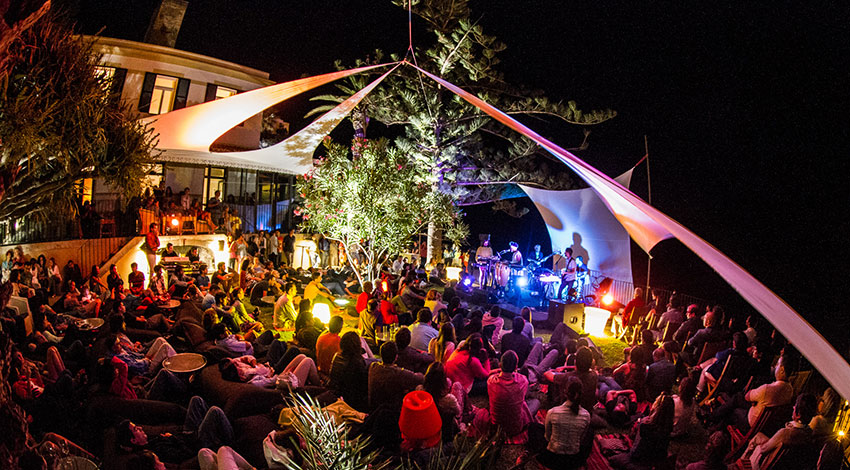 The 25th of June will be the beginning of yet another edition of the L Concerts. Portuguese band D’Alva will be performing the opening act. This Lisbon duo comprising Alex D’Alva Teixeira and Ben Monteiro will be bringing some songs from their #batequebate album for their debut in Madeira. Their style ranges from soul to R&B and has some electronic beats to it.

The program is an eclectic one, it covers Portuguese pop and rock, with at least four national debuts; the wider Lusophone universe, with traditional music from Cape-Verde; and the frenzy of Latin-American music. It would not be stretch to say that the concerts will go from A to… L!

The L Concerts pursue music outside the mainstream as they seek to explore and promote new musical trends and various debuts in the region, as was the case with António Zambujo, Mão Morta, Rão Kyao, JP Simões and Carmen Souza in previous years.

What initially was little more than a cycle of concerts with regional artists back in 2008, has come to grow into an event which truly is a reference in the bigger picture of musical summer events in Madeira.

One of the goals is for the audience to have a privileged connection with the artists. As with previous years, to attend these concerts it is necessary to send your name to the guest list. This is way, organisers can ensure one of the event’s trademarks, its intimacy. The minimum consumption rate is six euros.