Built as the quarters for the Bishop of Funchal and then used as a high school, the building now houses important collections of Flemish art and Portuguese jewellery. 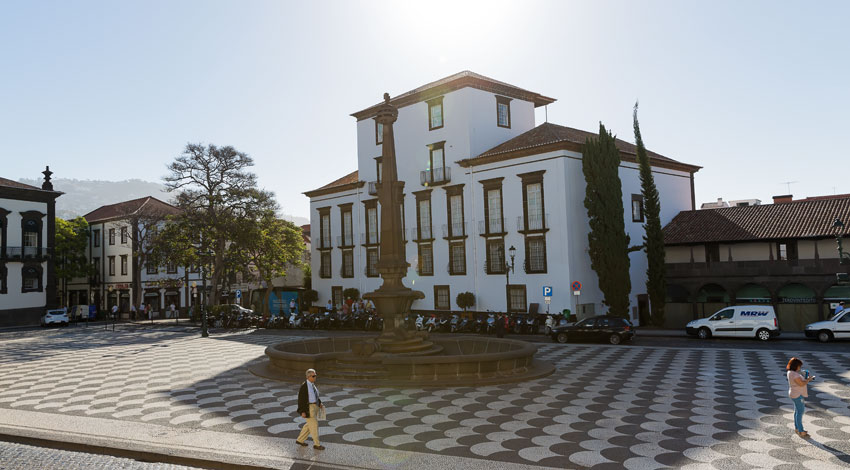 The old bishop’s palace still stands today, now serving as the Museum of Sacred Art of Funchal. It was built by order of D. Luis Figueiredo Lemos, 7th Bishop of Funchal, to make up for the lack of an adequate space to house the prelates.

According to historian Rui Carita, it is around 1593 that the bishop starts living in his new quarters located in the street that would, from then on, be called ‘Rua do Bispo’ (the bishop’s street).

The designer was Jerónimo Jorge, royal master builder. Still in the time of D. Luís de Figueiredo lemos, the Chapel of St Louis of Toulouse was built, next to the ‘Episcopal Houses’ and later, between 1675 and 1682, by order of D. António Teles da Silva, further works were carried out to enlarge and improve the property.

On March 31st, 1748, a violent earthquake wrecked the Episcopal Palace. The project of the new building is left in the hands of Domingos Rodrigues Martins, royal master builder. It is then given harmony by a central block with the inscription ‘1750’ on the top of the main gate.

The west wing that nowadays faces the square and Rua do Bispo is what is left of the first building. Mannerist moderation is evident in the arch structures to the north and in the Chapel of St Louis of Toulouse. On its façade, there is an inscription bearing the date 1600 and the name of its founder, D. Luís de Figueiredo Lemos.

Between 1910 and 1950, the building serves as high school, undergoing some adaptations for this purpose. New construction works are carried out in 1954, this time, with the goal of adapting the building for the purpose it maintains today, being the Sacred Art Museum of Funchal.

One of the highlights of its collection is 15th and 16th century Flemish paintings that found their way to Madeira in the 17th century, the so-called golden age of the sugar trade.

The museum also has an excellent collection of jewellery, covering the 16th, 17th, 18th and 19th centuries, and a section dedicated to ecclesiastic garments, one of them belonging to the Cathedral of Funchal.