Long gone is its pool from the 1930s but Lido remains. It has survived time and natural disasters and now turns a new page in its book. 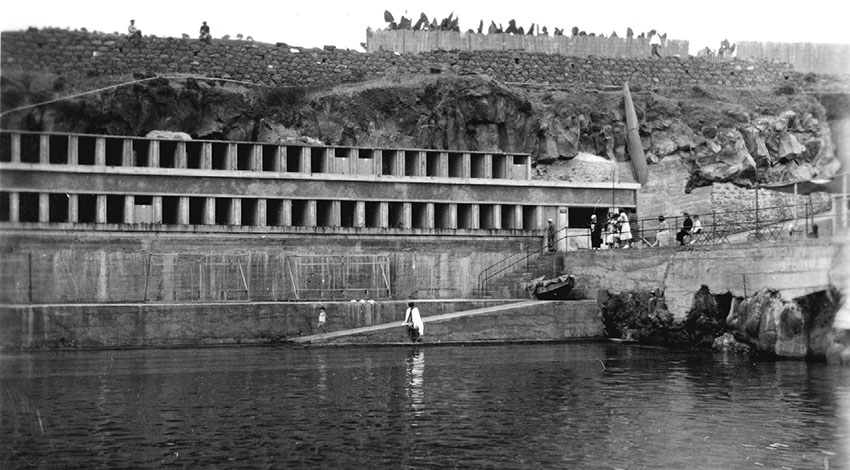 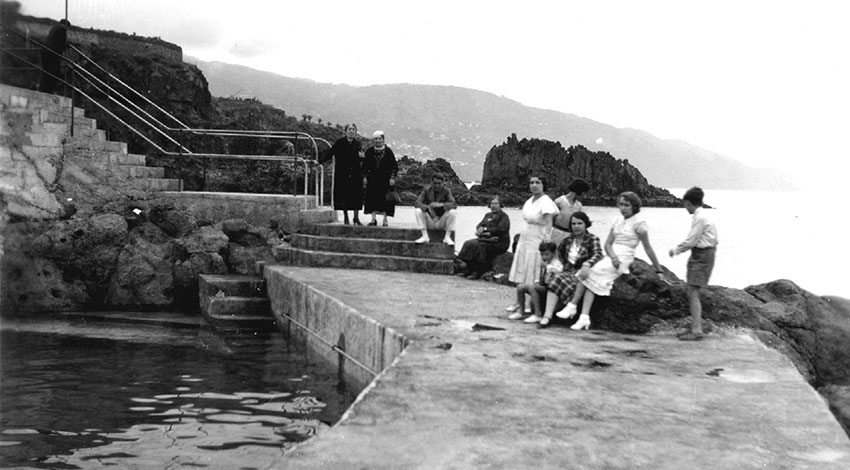 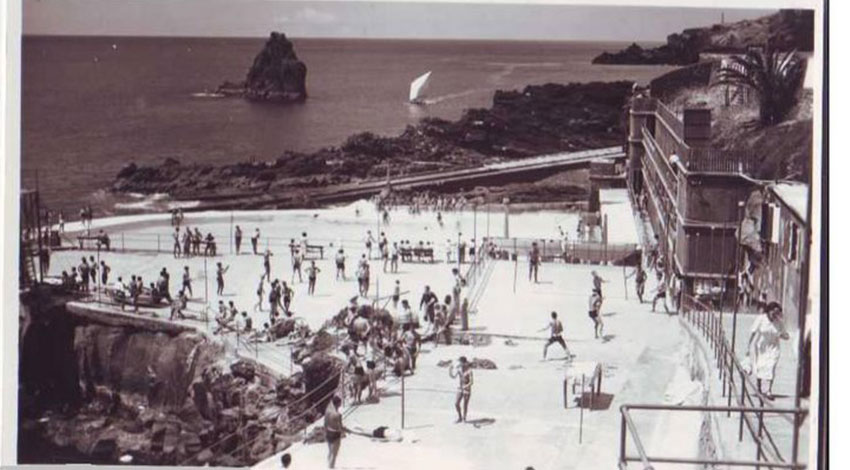 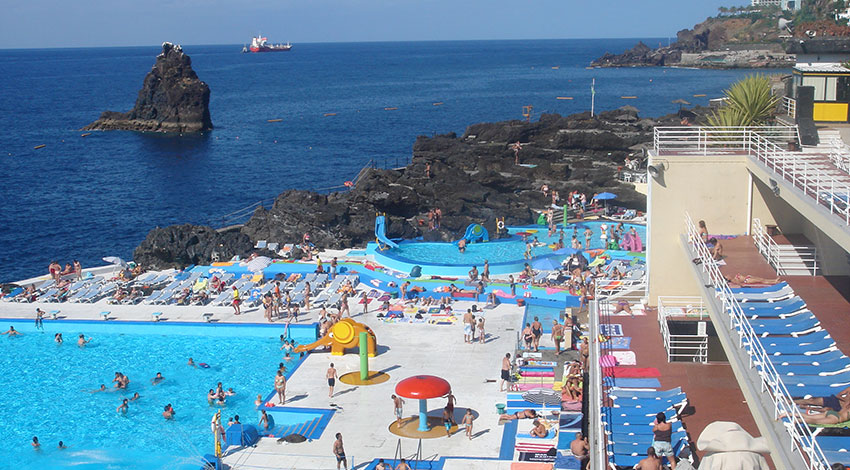 To speak of ‘going to the beach’ in Madeira is always met with some confusion. After all, in Madeira, usually, this actually means using manmade structures to access the sea. Though not always easy, people avoid walking over the uncomfortable pebbles made of basalt as well as the danger of some rocks and slopes.

In 1932, going for a swim was becoming trendier and trendier and as such the Town Hall of Funchal ordered the construction of Piscina do Gorgulho, a public pool filled with water from the ocean.
The construction of this pool made it so that enjoying the sea could be done more safely. There was a diving board and the pool was privileged space where people learned how to swim. Socially, the compound was also used for tea parties and musical events.

And thus started the long history of that which was for Madeirans an emblematic bathing resort.

Throughout the 60s some projects were presented having to do with increasing and improving the space as well as building a pool for children. These plans were carried out a few years later.
After some remodelling works done in 1982, the Lido bathing resort is inaugurated with some new attractions such as a bigger area for sun bathing and the toboggan. Throughout the following decades, the resort sees its golden days: it is awarded a Blue Flag, organizes the Beach Miss Madeira pageant and hit a record number of visitors. It was also the favoured ground for playing Madeiraball, a sport created in Madeira by blending football with volleyball.

After the floods of 2010 destroyed most of the resort, it had to be shut down. Six years later, it reopens to the public, fully remodelled.

On the past 22nd of March, Lido came back to life. Throughout the decades, Lido has become sort of an icon and a meeting place for various generations.

Now, it returns with its eternal magic. Though it has some novelties, it maintains most of its characteristics. Lido is still ‘Lido’. 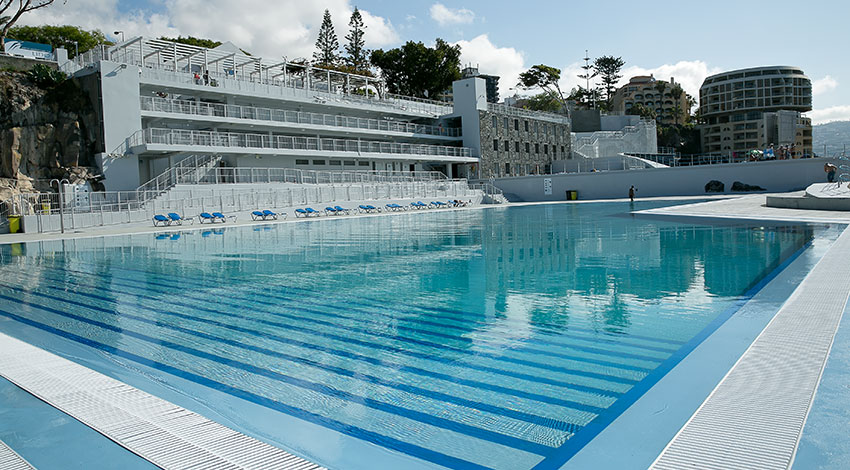 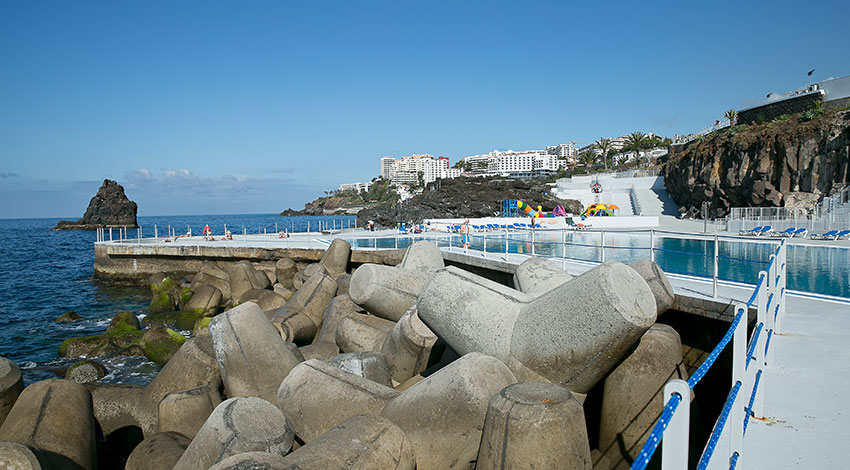 All throughout the year, some people longing for the sea and the sun never stop frequenting it.

Be it in the company of friends, family, or even on their own, many already ‘call dibs’ on their favourite spots. Though silent, it is a code that is respected by the community of people of frequent the resort. Everyone knows their own spot and little by little, comes to know the people surrounding them.

From an architectural point of view, Carlos Jardim, manager of Frente Mar, the firm in charge of the many beaches of Funchal and the person responsible for administering the space since 2004, explains that the main features of space were maintained, such as its balcony structure.

The legendary ‘Wave’ from the 80s by Valtar Kalot, also remains there unaffected by the passing of time.

Those who knew this resort find in it more colour. This more clean and minimalist design was a conscious choice says the administrator of Frente Mar: ‘It has to do with the times we live in. Nowadays, architecture is seen as blank canvas for people to fill in with colour’.

Right at the entrance, the ticket shop and the gardens almost blend into one. Inside, the rocks are illustrative of a perfect symbiosis between nature and Man. There was ‘a big concern about not intervening in what is natural’ says Carlos Jardim.

The pool, cut smaller for security reasons, is still one of its biggest attractions. Its trademark, though, is the sea. Be it through a small flight of stairs or a tall thirty nine feet high diving board, the sea surrounds the resort and opens it to the world.